With cannabis legalization just more than a month away, the company that makes the only device approved for roadside impairment testing in Canada is seeking to reassure the media that reports of the machine’s failings are incorrect.

Officials from Drager Safety Canada Ltd. were in Toronto on Tuesday to show off the toaster-sized testing device, which they are currently trying to sell to Canadian police forces, and to tout its reliability. Managing director Rob Clark called it “very simple to use” and cited data that he said put its accuracy at more than 95 per cent.

That depiction is at odds with concerns that the device will not work in cold weather, as well as a peer-reviewed study in Norway that turned up a substantial number of false readings. Several lawyers are already predicting constitutional challenges once the machines are in use on Canadian roads.

The urgency to have a device that can test reliably for cannabis has been prompted by the looming change of legal status for the drug. The federal government is promising to legalize cannabis on Oct. 17, almost a century after it became a prohibited drug. The government is concerned that legalization could bring an increase in the number of people driving under the influence of cannabis.

“You’re about two or four times more likely to be in a serious collision if you’re driving while impaired by marijuana,” warned Michael Stewart, program director at the anti-impaired-driving charity Arrive Alive.

“With cannabis being at the forefront of a lot of Canadians’ minds right now … we have to start that conversation again with people, remind them that cannabis-impaired driving is dangerous, it has risk. You’re not a better driver. It doesn’t make you focus more or drive safer. It’s risky and it’s something you shouldn’t do.”

Critics quickly raised concerns. The device is reliable when used in temperatures between four and 40 degrees Celsius, which makes it appear ill-suited for Canadian winters. And in Norway, according to a study in the Journal of Analytical Toxicology published in May, the devices turned up false positives in 14.5 per cent of cases. The study said the median time between roadside tests and follow-up blood tests, done to confirm results, was 50 minutes.

Drager’s Mr. Clark said the first problem can be addressed by keeping the main part of the device inside the police vehicle. And he said lab tests show much better reliability than was seen in Norway.

Asked about the discrepancy, he blamed the time between roadside and blood tests in Norway, characterizing it as “up to four hours.” Another company official said the Norwegian device was calibrated to find a much smaller amount of cannabis.

“We had to supply hundreds of cassettes for them to validate this device,” Mr. Clark told reporters. “The way that the testing is done is there’s [a sample with a] known concentration of the drug in saliva and then they use the device to measure.”

When administered at the side of a road, the test will take about five or 10 minutes to produce a result. Each test will be done with a single-use implement to take a swab of saliva, a process that takes anywhere from 30 seconds to four minutes, according to the company, depending on how dry someone’s mouth is. The implement is then inserted into the main testing device to be analyzed, which takes about four minutes.

If the machine turns up a positive result, a blood test will be done.

Mr. Clark noted that variants of the devices are in use in several countries and have been used by Canadian companies to test employees in high-risk jobs. He was confident it would withstand a constitutional challenge in Canada.

“If you do the research, you’ll see that it was challenged in California, went to the Supreme Court there and was … deemed to be scientifically accurate,” he said. 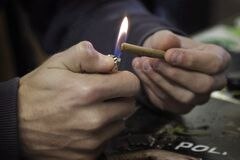 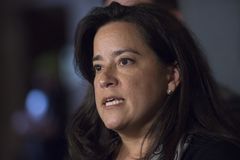 Trudeau cautions Canadians to be wary about consuming marijuana before travel
September 11, 2018 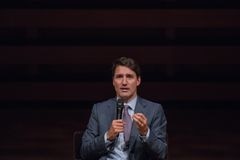