That’s according to the Canadian Health Food Association and Canadian Hemp Trade Alliance, who jointly released a white paper on Wednesday calling on the federal government to reclassify CBD as a natural health product (NHP) and remove it from the prescription drug list.

Currently CBD, the non-intoxicating cousin of Tetrahydrocannabinol (THC), is treated as a marijuana product in Canada. It can be sold legally through the medical marijuana system with a prescription, and, since Oct. 17, through a licensed cannabis dispensary as a recreational product.

A thriving black market for unregulated CBD has also emerged to take advantage of the confusion created by recreational cannabis legalization last October.

Advocates for CBD reform would like to see the cannabinoid treated like Vitamin D or Omega-3 fatty acids: produced under Canada’s NHP regulations, stamped with efficacy claims and sold in health food stores.

“Allowing products to only be sold within the medical marijuana and provincially regulated retail channels, those being age-restricted and use-restricted, really narrows the demand base for the product," said Ted Haney, executive director of the Canadian Hemp Trade Alliance.

Since last summer, Canadian hemp farmers have been allowed to harvest the flowering heads of their low-THC crops and sell them to licensed cannabis producers for CBD extraction. Previously farmers only grew hemp for seeds, oils and fibre; they were forced to leave the CBD-rich flowers rotting in the fields.

Around a quarter of the total Canadian hemp crop in 2018 – roughly 20,000 acres out of 80,000 – was harvested for CBD extraction, Mr. Haney said. He envisions closer to 450,000 acres of hemp planted in Canada by 2023, which is comparable to the size of Canadian mustard or flax crops. But this depends largely on fostering a domestic market for CBD.

Alongside farmers, Canadian supplement makers and health food manufacturers are eager to liberalize the sale of CBD, which has emerged as a trendy additive in everything from dietary supplements to cosmetics.

"As long as you can’t access CBD through a natural-health-product pathway, if you don’t want to shop in a cannabis store and you don’t want to go to your doctor, you’re really looking at a black market or an unregulated system,” said Helen Long, president of the Canadian Health Food Association.

In contrast to Canada, the United States has already started down the NHP path for CBD. In December, the U.S. federal government passed legislation that removed hemp-derived CBD from the Controlled Substances Act, and handed it over the Food and Drug Administration to regulate.

The FDA does not currently allow the sale of CBD in food and dietary supplements, and is monitoring false health claims made by CBD companies. But the agency has said it will begin consultations at the end of May on “potential regulatory pathways” for CBD food approval.

The U.S. approach is in line with a recommendation from the World Health Organization’s Expert Committee on Drug Dependence, which determined last summer that “CBD is not associated with abuse potential” and advised that the drug be removed from United Nations’ International Drug Control Conventions.

“We’re not asking for a licence, we’re asking for a doorway,” said Ms. Long of her association’s call to remove CBD from Canada’s prescription drug list and treat it as an NHP. “So you put in your application, you provide evidence of your safety, what the product does, what the claim you want to make is, all the other requirements that already exist [for natural health products], and then you can bring that product to market.”

The push from the two industry groups comes ahead of a new set of cannabis regulations, expected to be released this fall, that will permit cannabis-infused edibles, concentrates and topicals, such as creams. Food manufacturers are particularly keen to see CBD-infused foods treated as “supplemented foods,” a separate but related category to an NHP, that would allow for wider distribution in health food stores.

“We do expect to see some consultation at some point this year, but we’d like to see a clearer answer that lets Canadians know exactly what they can expect from a CBD natural health product,” Ms. Long said. 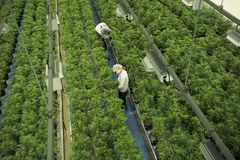 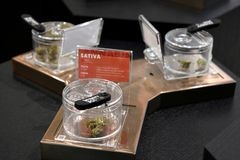 Canada ‘needs more’ cannabis stores. These charts prove it
May 13, 2019 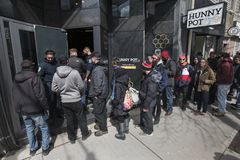