In the interests of science, Dr. Jon Davis hotboxed a bunch of rats and fed them chocolate milk. Davis, an assistant professor of integrative physiology and neuroscience at Washington State University, wanted to understand the mechanisms behind the “munchies,” the purported hunger-inducing effects of cannabis.

He and his team acquired vaporizers – the kind of device used by humans to heat dried cannabis plant matter without burning it – and attached them to rodent chambers, essentially “hotboxing” the animals, or putting them in a confined area where they would inhale the drug. Then, they observed the rodents' feeding behaviour.

Read more: How does cannabis affect appetite? Here’s what research says about the munchies

There hasn’t been a lot of research done on whether cannabis actually increases appetite, let alone how. Davis and his team’s work could have serious implications for individuals, such as cancer patients, who currently use the drug to treat appetite loss. Here, he explains what happened.

What did you find? Were the hotboxed rats eating more than ones not exposed to cannabis?

When we gave animals vaporized cannabis, they would eat more, but it was always following a delay. For the first hour, the animals were not eating anything. We found that the animals started to eat around an hour and a half after exposure. They had very small meals, but very frequent meals.

This is just from one single dose, but if we were only to look at the first two hours, they ate more. Over a four-hour period, they basically ate the same amount as controls [rats that were not given cannabis].

We wanted to understand: What is the potential mechanism? We measured a hormone in the blood called ghrelin. Ghrelin is an appetite-stimulating hormone that’s made by the stomach and acts in the brain to make you have appetite. An hour after giving cannabis but prefeeding, we found significant levels of ghrelin in the blood compared with the controls. To determine whether that was relevant, we blocked the secretion of ghrelin from the stomach and the animals we gave marijuana to didn’t eat any more, just like controls.

So it seems that when you give animals cannabis, it stimulates ghrelin, and ghrelin is going to their brain and that makes them have appetite.

What other potential mechanisms may be at work?

The phytocannabinoids [or compounds in cannabis plants] are numerous. THC [tetrahydrocannabinol] is one of them that could stimulate appetite. It’s a lipid-based molecule, so it can very quickly get into the brain and the gastrointestinal tract. We would suspect THC is turning on mechanisms that are not only independent of ghrelin, but are supporting ghrelin secretion and ghrelin signalling.

When people who smoke marijuana report the effects, they don’t say, “Oh, now I immediately want to go eat. It almost seems like when the euphoric properties are wearing off, that is when they have appetite. So maybe what’s going on is the phytocannabinoids are getting into the brain really quickly and creating the euphoria. During that context, the individual is not oriented to feeding. At first, you don’t want to eat at all. And then, when you do, you want to eat a lot.

So why does it seem to only lead to small, frequent meals instead of one big binge?

I think what happens is ghrelin goes up and it initiates the first meal. The animals take a quick, urgent meal and then their satiety mechanisms kick in. Because of that, the meal is smaller. When it comes to why they initiate the second, the third, the fourth meal, we really don’t know that answer.

The stereotype is that cannabis makes people crave foods that are high-fat, high-salt, high-sugar. Is there anything that suggests it affects food preference?

The closest we’ve come to answering that is looking at the animals' motivation to seek pure sugar. Straight away, we thought, “Well, of course, they’re going to work harder for the sugar.” But then, we thought, “Wait a minute. People who use cannabis a lot, are they known for being really motivated individuals? No.” We didn’t find an increase in motivation for something very sweet when we gave [rats] marijuana. So the jury is still out. 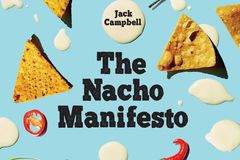 Hey, hey, got the pot-induced munchies? Here are some fast-food options to sate your cravings Subscriber content
October 15, 2018 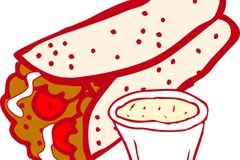 Food companies look to cash in on marijuana market with weed-free munchies for post-pot cravings
July 5, 2018 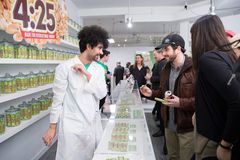