Winners of the Ontario retail cannabis lottery are already being actively pursued by large corporations who are selling marijuana legally in other provinces and have ambitions to enter Canada’s largest consumer market.

Shut out of the opportunity to apply for one of Ontario’s first 25 cannabis store permits, which were awarded randomly by lottery Friday, the country’s largest professional pot sellers are looking for other ways to plant their flags in the province. Nearly 17,000 expressions of interest were included in Friday’s draw, roughly two-thirds of which came from sole proprietorships, stacking the odds heavily against established retailers.

Some, such as Western Canada-based Starbuds and Canna Cabana-parent High Tide, are offering what their CEOs describe respectively as “enviable” and “very favourable” franchising deals. Others, such as National Access Cannabis CEO Mark Goliger, criticize the province for allowing many of Ontario’s first cannabis retail stores to be run by first-time business owners with no background in heavily regulated industries such as cannabis.

While calling it “a little bit distracting and crazy” to be chasing franchising deals with individual lottery winners, Mr. Goliger said the lack of previous cannabis or retail experience among most of Ontario’s successful applicants will make it difficult to establish a competitive alternative to the illicit market.

“This is not the way to establish a successful retail industry,” Mr. Goliger said by phone Sunday. “Unless, of course, the [Progressive Conservative government of Ontario Premier Doug Ford] is not interested in seeing legal cannabis be a success.”

The current price of a gram of legal dried cannabis averages $9.75 across Canada, according to a report last week from Statistics Canada. The same amount of weed from illegal sources averages $6.51.

Reached via e-mail Sunday, Jesse Robichaud, a spokesperson for Ontario Attorney-General Caroline Mulroney, said the province understands “that those who were not successful in the process may be disappointed, [but] the lottery process, overseen by a third-party fairness monitor, was the best way to ensure fairness for applicants.”

The lottery-based allocation process, Mr. Robichaud said, “will only be in place until there is certainty that Ontario can obtain a sufficient supply of legal cannabis from federally licensed producers to meet market demand.”

After taking power last summer and reversing earlier plans to open 40 government-owned cannabis stores by Oct. 17 in favour of a private retail model, the Ford government delayed the launch of storefront sales in Ontario to April, 2019, but placed no cap on the number of stores it would allow.

Industry observers initially expected upwards of 1,000 licences to be issued but three days before the Alcohol and Gaming Commission of Ontario was due to begin accepting applications in mid-December, the province announced it would be taking a “phased approach” to cannabis retail licensing, limiting the first phase to just 25 stores amid concerns of a national cannabis supply shortage.

Those concerns are now “a little overexaggerated,” said High Tide CEO Raj Grover, noting his stores are fully stocked and saying more cannabis is becoming available on a weekly basis. NAC’s Mr. Goliger agrees, noting he expects major expansions of licensed growing facilities across the country to begin yielding results by the spring.

Until that much anticipated deluge of additional pot supplies hit the market, however, the shift in Ontario has left aspiring retailers in an expensive limbo. No additional licences will be issued until December, 2019, at the earliest, the province has said, leaving many stuck paying rent on stores they thought would be in business by the spring that are now likely to sit empty for months.

“There has been, across Ontario, quite a bit of money that has been invested into properties as a placeholder that now has to extend longer into a waiting period until [the Ontario] government decides to roll out a more traditional approach to licensing,” said Mr. Goliger. “NAC, as well as other legitimate cannabis companies, are certainly holding leases in Ontario for key real estate assets in the province.”

April 1 is a “tight timeline” to get a store open, said High Tide’s Mr. Grover, noting “aggressive” fines await those that fail to open on time. The fines start at $12,500 for any stores not selling cannabis by Day One, rising to $50,000 if sales have still not commenced by April 30.

“We are actively looking for [lottery] winners,” Mr. Grover said. “A lot of the winners … some of them are dry cleaners now, or they own a different business or some of them have never owned any business before … and we can finance the whole store structure so it will be at no cost up front to the lottery winner.”

Little is known about the winners themselves and many appear to have gone underground since their names were posted to the AGCO website on Friday evening. The voicemail for Tripsetter Inc., one of the winners in the Greater Toronto Area, for example, was full on Sunday morning.

At least one of the successful applicants, however, is notable for a family connection to an executive at Canada’s largest marijuana cultivator. Lisa Bigioni, one of the winners for Wstern Ontario, is the sister of David Bigioni, chief commercial officer of Canopy Growth’s recreational division.

Dave Martyn, president of British Columbia-based cannabis retailer Starbuds, told The Globe and Mail’s Cannabis Professional daily news service last week that established operators will be “trying to make side deals to acquire licences a year from now and all these kinds of things, so it is going to be a wild world for these groups that win.”

Average per-store revenue at National Access Cannabis, for example, is on track to exceed $2-million a year, based on sales data the company released last week showing more than $10-million in revenue from its 20 NewLeaf and Meta Cannabis stores spread across Alberta and Manitoba in roughly 80 days of sales. Those figures help explain the value of Ontario’s first 25 cannabis retail licences, though AGCO rules prevent any of Friday’s winners from selling or transferring their licences until December, 2019, when the next phase of the lottery is scheduled to be held. 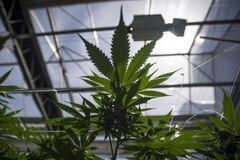 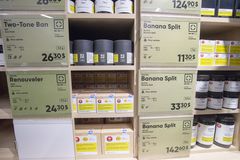 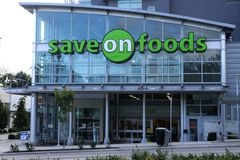