–First Person is a daily personal piece submitted by readers. Have a story to tell? See our guidelines at tgam.ca/essayguide

These days, everyone has an opinion on cannabis. Mostly, perspectives focus on the anticipated risks of legalization. But, to a great number of people, legalization brings the long-awaited opportunity to eliminate the stigma surrounding cannabis. My husband, Tony, and I are two of these people.

As a long-serving Winnipeg firefighter captain, Tony acquired post-traumatic stress disorder after 30 years of on-the-job exposure to severe and complex trauma. First responders bear witness to every fatal accident, vehicle collision, suicide and homicide you hear about. The trauma they tend to, day in and day out, over the course of their careers, takes a serious and sometimes deadly toll. The suicide rate for first responders is 10 times the rate compared with the general public, according to the U.S.-based Journal of Emergency Medical Services.

After receiving treatment for his PTSD, my husband is healthy and our family is strong – but I know how lucky we are.

While treatment for PTSD can work, the road to recovery is not easy. The first roadblock is finding help: The wait to see a psychologist or psychiatrist is typically six or more months in the province of Manitoba. Languishing on wait lists is a terrifying experience – I know of many families, torn apart, because they could not get the help they needed in time.

Once Tony started treatment with a psychologist, she quickly diagnosed the problem: complex PTSD. She began treatment and referred him to a psychiatrist to get a prescription for an antidepressant pharmaceutical.

Tony’s medication would address his acute PTSD symptoms, including night terrors, episodes of rage, extreme anxiety and severe depression. Over a period of many months, he slowly increased the dosage, gauged his symptoms and watched for side-effects. After maxing out the dosage and still not seeing the progress we had hoped for, the psychiatrist prescribed a booster drug that would enhance the effects of the antidepressant. While this combination seemed to work, we soon discovered troubling research that indicated alarming side effects of the booster drug, including blackouts and violent outbursts – risks we were not willing to take.

So, back to the starting line we went.

A couple of months into the slow process of medication No. 2, we noticed great results. But, sadly, this medication also came with a concerning side effect; one that could have been fatal to Tony in his line of work: tachycardia, an increased heart rate that could trigger cardiac arrest under activities of great exertion.

Emotionally exhausted, we found ourselves, again, back at the starting line.

I am happy to report that medication No. 3 has been working well without any debilitating side effects. Finally, after one long year, Tony found an antidepressant that worked for him. But, the process was a roller coaster of anxiety, fear and disappointment.

Which leads me back to cannabis.

In the course of finding an antidepressant, Tony had to go through several dry periods between drugs. These dry periods were tough times: Tony was filled with anxiety and I feared for his life. I watched him carefully. It was during these terrifying months that we turned to medical marijuana, or, as we prefer to call it, cannabis therapy.

After reviewing the research, I found no clinical evidence to suggest cannabis would harm Tony. In fact, the opposite appeared to be true. A growing patient community of veterans and firefighters reported great relief from their PTSD symptoms, with no harmful side effects or concerns with addiction.

Tony’s cannabis was made-to-order, as is all medical cannabis. He selected a few different strains, with varying degrees of THC (the psychotropic property of cannabis). After a bit of experimenting, Tony found a type that best controlled his PTSD symptoms, without sacrificing his clarity of mind. Tony’s cannabis currently sits on a shelf in our medicine cabinet; he uses it in conjunction with his antidepressant whenever he needs extra support to manage his anxiety. It’s a small jar of oil, labelled to identify its breakdown of active properties. To anyone’s eye, it is an unremarkable-looking medicine bottle.

But, there was nothing unremarkable about the process to get it. His mental-health-care team never suggested it as a treatment option. We only became aware of cannabis therapy after watching a documentary about its effectiveness for veterans with PTSD. After pleading with Tony’s psychiatrist for a prescription, he finally agreed, but we had to promise to keep it a secret – he did not want to be known as “that doctor.” This made us feel like deviant drug abusers.

Throughout the course of Tony’s treatment for PTSD, he tried a menu of therapies. Many proved helpful to some degree but I say, with all sincerity, it was cannabis therapy that saved my husband’s life.

As I’ve come to learn, cannabis therapy is often the medication of choice for first responders living with PTSD. It may be the only course of treatment they are willing to try, as it does not come with the common side effects of pharmaceutical antidepressants, including weight gain, lethargy and sexual dysfunction. The fear of these side effects can be a real barrier to treatment. In lieu of cannabis, many first responders living with PTSD will self-medicate with alcohol when off duty, a practice that, while more socially acceptable, poses far greater risk than cannabis – PTSD and alcohol misuse are a bad combination.

The political landscape has changed significantly since Tony first acquired medical cannabis for his PTSD two years ago, yet the stigma persists. Either the patient community is portrayed as taking advantage of the system in order to get a free high or they are discredited by health-care professionals who refuse to validate their recovery experiences as evidence.

I do not claim to be a medical researcher, but I am a keen student of the growing number of studies that indicate the effectiveness of cannabis therapy for PTSD and other mental-health and physical-health issues. To those who say we need more research, I agree. However, it is important to clarify that the dearth of evidence on medical cannabis is not because it has failed to work, but, rather, because its status as an illegal substance has prevented such research from happening.

Of course, a cautionary approach to cannabis is warranted. Caution, however, is no substitute for education – both must exist, together.

I am not encouraging blind faith in cannabis therapy, or in any therapy for that matter. Rather, I encourage everyone to educate themselves in order to make truly informed decisions about cannabis, including health-care and mental-health practitioners. Let’s elevate the public conversation on cannabis.

It could save a life.

Pot smoke reeks! Or am I just losing touch with my more liberal self?
September 21, 2018 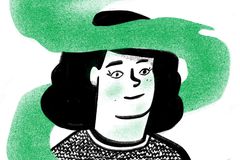 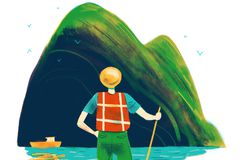