Stocking stuffers with a kick moved briskly off the shelves at Nova Scotia’s government-operated cannabis shops and at other Canadian vendors that managed to bring in a supply during the leadup to Christmas.

In showing off the early offerings of various “edibles” at a Nova Scotia Liquor Corp. outlet on Christmas Eve, spokeswoman Bev Ware noted quite a few cupboards were already bare.

“Judging by conversations I heard in the lineups on Monday, it seems people are buying them as stocking stuffers and some for their own enjoyment on Christmas Eve,” she said.

Ms. Ware said lineups of customers filled the store on Monday, and all of the chocolate, mint and chewable types of cannabis products were sold out by day’s end.

Customers doing last-minute shopping on Tuesday had to content themselves with various infused teas and vaping products at the Clyde Street location in downtown Halifax.

Ms. Ware laid out a few samples, such as CBD-infused vanilla rooibos tea bags that were going for slightly less than $8 each.

Owing to the mandatory 60-day notice period companies must provide to Health Canada before selling these products, the earliest they could legally go on sale was mid-December.

Companies have been unveiling details of products ranging from spring water to mints that contain CBD and THC, the two active ingredients found in cannabis.

These cannabis-derived products are subject to strict regulations, including a cap on the level of active ingredients and rules around packaging.

In the Nova Scotia stores, there’s a quantity limit of 30 grams or its equivalent per customer for cannabis edibles, extracts and topicals.

“It can be difficult for people to figure out, so our employees will help them do the equivalents,” Ms. Ware said.

PEI Cannabis was also selling edibles on Christmas Eve, with some products available since last Thursday, a saleswoman at the Charlottetown shop said Tuesday. A spokesperson wasn’t available to indicate how sales were going.

The British Columbia Liquor Distribution Branch said in an e-mail that it has registered more than 260 individual products that fall within the new categories of edibles, extracts and topicals.

“The first shipments of the new classes of legal products were received last Wednesday and shipped out to retailers Thursday,” Viviana Zanocco wrote.

Ms. Zanocco said the wholesale website sold out in 30 minutes, as did the online store.

“Customers can expect to see them on shelves of legal retail stores shortly – that depends on each store’s shipping schedule,” she added.

However, in Alberta and Ontario, consumers will have to wait until 2020 for offerings.

Heather Holmen, communications manager for Alberta Gaming, Liquor and Cannabis Commission, said in an e-mailed statement that her province’s 380 private retailers won’t have the products until next month.

“Once product is ordered, shipped to us, received and put into inventory, retailers will be able to place their orders,” she wrote. “Factor in order processing and shipping time to retailers, that brings us to mid-January before consumers will be able to find product on store shelves.”

The AGLC is still in discussions with licensed producers to determine the types of products that will be offered from about half of the 42 producers who will be participating, Ms. Holmen said.

In Ontario, a spokeswoman for the Ontario Cannabis Store said stores would begin selling on Jan. 6.

Joanna Hui, communications manager for OCS, said the agency has been receiving “a very small amount of cannabis edibles and vapes from producers that were ready to deliver these products at the earliest legal opportunity.”

“Our licensed producer partners are aware of consumer interest in these new product types and are working around the clock to begin delivering these products to Ontario.”

It’s expected the selection will be “limited” initially, but will grow through January and February, Ms. Hui said.

Sales are also only expected to start in Quebec beginning on Jan. 1, according to published reports earlier in December. A spokesman was unavailable for further comment.

Vaping products have come under particular scrutiny after more than 1,400 related lung illnesses in the United States have been reported – many of them involving THC-containing products – as well as recently diagnosed cases in several provinces.

Health Canada said in an e-mailed statement that it is not delaying the legalization of cannabis vapes, but is actively monitoring the situation on both sides of the border.

It “will take additional action, if warranted and as appropriate, to protect the health and safety of Canadians,” the government agency has said. 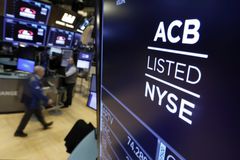 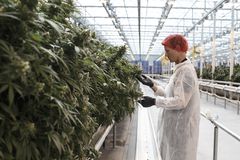 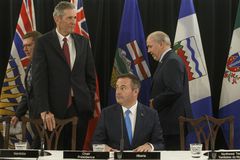