With just weeks before legalization of cannabis for recreational use takes effect across Canada, municipalities are raising concerns over how pot sales will be regulated and who will foot the bill for added policing and other costs.

In Ontario, cities likely won’t know until after this fall’s municipal elections how much time they have to decide whether to allow brick-and-mortar cannabis shops in their communities, a provincial official told municipal leaders Wednesday.

The province’s Conservative government announced last week that municipalities would be given a one-time opportunity to “opt out” of hosting retail pot outlets.

But a final opt-out date has not been set, said Nicole Stewart, who heads the provincial finance ministry’s cannabis retail implementation project.

That means newly elected municipal politicians could have a very short window of time to decide whether they want to allow pot shops in their communities.

But even before then, candidates stumping for votes will have to decide whether they support the opening of local cannabis stores.

“This has now made it an election issue,” said Joy Hulton, solicitor for the Regional Municipality of York.

“It doesn’t give (candidates) very much time to figure out what their position is, what their community wants.”

Ottawa city councillor and deputy mayor Mark Taylor, who is not running for re-election, predicted it could fast become a top issue for electors.

“I think what we’re going to quickly see is a question being asked to candidates all across Ontario as they knock on doors: ‘Are you in or are you out?“’ said Taylor, who moderated a panel discussion about legalized cannabis at the close of the Association of Municipalities of Ontario’s annual conference.

“Although it really hasn’t been an election issue to date, I think that’s going to change with the question that the province is really thrusting on municipalities.”

Municipal elections are to be held Oct. 22 in Ontario – five days after the federal Liberal government’s cannabis legalization measures go into effect.

While municipalities can decide not to endorse private marijuana shops, provincial officials say they will be able to opt in at a later date.

Ontario residents 19 and over will be able to purchase cannabis online through the Ontario Cannabis Store as of Oct. 17, but sales at physical stores won’t start until April 2019.

In the meantime, the Ontario government has promised $40-million over two years to help defray the costs associated with the changing legal status of cannabis, such as policing and courts. Quebec has pledged $60-million over the same period to support municipal and regional governments under its jurisdiction.

But so far, they are the only two provinces that have agreed to transfer some of the excise taxes from pot sales that the federal government has agreed to share, said Vicki-May Hamm, president of the Federation of Canadian Municipalities.

“It’s becoming a very urgent situation,” said Hamm, whose organization has posted a check list of sorts for municipalities outlining the many hurdles they face as cannabis legalization comes closer to reality.

Municipalities will have to come to grips with issues that they may not have even thought about yet, such as how homegrown cannabis will affect water treatment systems or waste disposal, Town of Greater Napanee, Ont., chief administrative officer Ray Callery told the AMO conference.

What happens when a truck load of garbage containing discarded cannabis crosses the Canada-U.S. border under contract with a private disposal company, Callery asked. Then there’s the question of how to compost large amounts of plants in municipalities where industrial cannabis growers are located, he said.

“We need to be asking a lot of questions,” said Callery.

“So we need to be taking a look at, from a wide variety of departments, how we deal with the implementation and how it affects us.”

A police official, meanwhile, told the AMO gathering that police services across the province will be ready for legalization before Oct. 17.

But municipalities have to put issues surrounding cannabis into perspective compared with other, arguably more urgent legal and health concerns, said Bryan Larkin, the chief of police for Ontario’s Waterloo region.

“The more pressing concern for policing is really the opioid crisis,” said Larkin, who has served on chiefs of police associations federally and provincially.

“People are dying across Canada (from opioid overdoses),” he said. 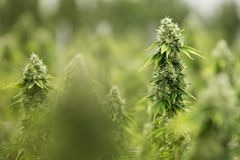 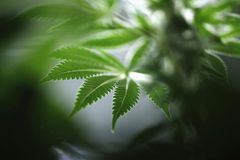 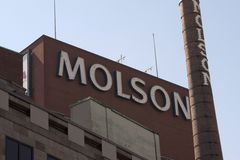