Ontario’s cannabis agency is looking at ways to boost the private sector’s role in the wholesale distribution of cannabis amid industry concerns that the provincial wholesaler is stocking products that consumers don’t want at prices that can’t compete with the black market.

Ontario Cannabis Retail Corp., which reported a $42-million loss in its first year of operation, asked industry participants last week whether they would prefer to move to a system that linked producers more closely with retailers and reduced the government’s role in warehousing product, according to a confidential survey obtained by The Globe and Mail.

The survey presents two new models for consideration – a “direct-delivery” system, allowing producers to ship to retailers, and a “flow through” model, where product passes through a distribution centre quickly – alongside the status quo “centralized” approach to distribution.

Notably, the document does not consider a fully private distribution model, as is in place in Saskatchewan. In all three systems, the Crown corporation would continue to set prices and process orders.

The industry consultation is part of a revamp of the Ontario Cannabis Store, the OCRC’s provincial cannabis wholesaler. It comes after the first year of legalized cannabis across Canada left licensed producers and retailers struggling to gain market share from black-market players that continue to thrive with low-cost, high-demand cannabis offerings.

Last month the provincial government ordered the OCS to re-examine its business model. Ontario is lagging other provinces in the rollout of cannabis stores, largely because of the province’s decision to award a limited number of licences via lottery.

As it stands, the OCS acts as a wholesale middleman, purchasing cannabis from producers, warehousing it and selling it on to retailers at a mark-up. A common complaint is that it buys product that retailers and their customers don’t want, leaving cannabis to grow stale in a government warehouse.

“The OCS is exploring a range of models that could increase private-sector participation in the storage and transportation of recreational cannabis to retail stores,” OCS spokesman Daffyd Roderick said in response to questions about the survey.

Direct delivery would allow producers to ship cannabis directly to brick-and-mortar retail stores. In a flow-through system, growers would still ship to a distribution hub, but purchase orders would originate with individual retailers and product would be warehoused for fewer than 24 hours before being sent along to stores.

Both models would bring producers more in line with retailer demand, while reducing the OCS’s warehousing responsibilities. However, the OCS would still set prices, list available products and manage purchase orders coming in from retailers. It would also continue to manage cannabis e-commerce.

Saskatchewan is the only province where cannabis distribution is fully in the hands of the private sector. Both Alberta and British Columbia, where private stores are allowed, still use government-run warehouses for wholesale distribution.

The new proposals are already generating debate among producers, who have varying capacity to ship to individual stores and process individual orders. Keith Merker, chief executive officer of mid-sized producer WeedMD Inc., said that the direct delivery system would disproportionately favour the largest producers who have resources to establish complex logistics chains.

“I think we would potentially end up in a situation where you've got a Beer Store-like model which some people refer to as a foreign-owned monopoly,” said Mr. Merker, who advocates keeping the status quo, at least in the short term.

There are 24 licensed cannabis stores open in Ontario, but the government is in the process of licensing 50 more, and there could eventually be hundreds of shops across the province.

“It makes it a little bit difficult to plan when you’ve got flow-through orders coming [from retailers] that you may or may not be able to satisfy, versus long-term planning with the OCS where they have more understanding of the [cannabis growing] cycle," Mr. Merker said.

At the opposite end of the spectrum, Trevor Fencott, CEO of retail chain Fire & Flower Inc., said the proposals do not go far enough. Ontario should move to a wholly private model in which producers and retailers set their own prices and determine product selection, he said.

"It will cost taxpayers no money, and I guarantee you we will have better product selection, better prices and the consumer is the one who wins, and the black market is the one who loses,” he said.

He pointed to lower retail prices in Saskatchewan, where Fire & Flower runs a distribution business alongside retail stores.

“We’ve never been short-shipped, we’ve always got the product we want because we are experts in the field, and we have not ordered product that doesn’t sell,” he said. 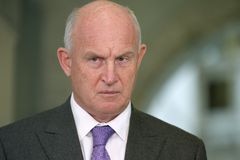 How Canada’s legalization is shaping cannabis laws around the world
Subscriber content
February 1, 2020 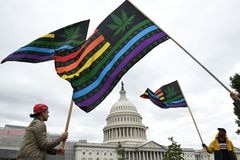 Opinion
It’s up to industry to inspire the next wave of cannabis consumers
Subscriber content
February 1, 2020 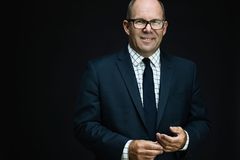