As Ontario municipalities vote on whether to allow retail cannabis stores on their streets, a patchwork system is emerging where stores are being green-lit in one town, but not in the next town over. The in-or-out choice is exposing a divide between pro-store communities, enthusiastic about economic benefits, and anti-store ones, which foresee high costs in the form of increased crime or health concerns.

Most larger cities have already made their choices, but hundreds of smaller communities have until the Jan. 22 deadline set by the provincial government to decide how they fit among their neighbours.

In the township of Dawn-Euphemia in southwestern Ontario, council voted unanimously to allow retail shops. Despite their skepticism for the wider policy of cannabis legalization, Mayor Alan Broad said, councillors had weighed the pros and cons and determined the town could not afford to opt out. That choice was in part based on financial incentives in the form of jobs and tax revenue, Mr. Broad said.

Also crucial to council’s decision was the fact that if a neighbouring municipality chose to opt in (as nearby Sarnia or Chatham-Kent have done), Dawn-Euphemia could be vulnerable to the potential costs, such as increased crime or health issues, but miss out on the economic benefits, Mr. Broad said.

That same argument doesn’t hold much sway about two-and-half hours' drive northeast, in Centre Wellington. The municipality sits just north of Guelph, which has opted in, but Centre Wellington voted no on retail stores.

If the town’s residents want to buy in-person, they can go to Guelph, said Kelly Linton, Centre Wellington’s mayor since 2014.

The cannabis retail model is flawed, Mr. Linton said. “I don’t think it’s a benefit to small municipalities like us.”

For example, retail shops would require more enforcement, the mayor argued, and strain police capabilities that are already limited in smaller towns. Plus, Mr. Linton said, more enforcement means higher taxes, despite the extra money the province will be sending to municipalities that opt in.

In economically depressed regions where jobs are scarce, there may be more incentive to buy-in. In Ear Falls, a town of around 1,000 people in the Kenora District, any business opportunity is valuable, its mayor said.

“Small-town Canada is really hurting,” Kevin Kahoot said, “so any time there’s an opportunity to recover some revenue or add somebody into your operating budget, I think it’s prudent the council, mayor and staff take a hard look at it.”

Though the council vote was unanimous in favour of opting in, Mr. Kahoot said it was a tough decision. He said council was aware of the potential costs in the form of crime or health issues, but decided it would be hypocritical to not take the same mindset to a cannabis store as they would an LCBO.

Most smaller municipalities in the north were “open for business,” he said, noting the support of many nearby municipalities despite reservations about the exact form regulations around retail stores would eventually take.

Once every town has made its choice, 25 store licences will be authorized through a lottery system for the launch of the retail program on April 1. The 25 licences will be apportioned by region, so among the most enthusiastic town councils, there’s concern they won’t get one any time soon.

The council for South Stormont, a town along the St. Lawrence southeast of Ottawa, voted unanimously Dec. 12 to allow retail shops. Its mayor, Bryan McGillis, noted he’s already heard interest from residents for potential store applications. Mr. McGillis said his municipality was hoping for some economic benefits, and he thought a legalized, regulated system would curb the power of the black market and increase safety for people using cannabis.

But South Stormont is part of what the new regulations call the “East Region," which in April will be allotted a maximum of just five stories and includes larger cities such as Kingston, Peterborough and the capital. The odds for his town, Mr. McGillis thinks, are slim.

“We were ready to move forward on this, but it doesn’t look like we’ll have an opportunity,” he said. 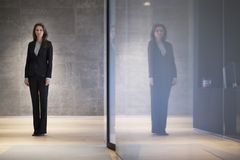 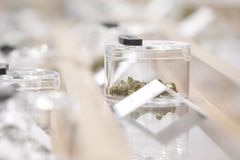