New research tracking fatal overdoses from prescription opioids in American states with medical cannabis laws has contradicted hopes that marijuana might be an effective substitute for the deadly painkillers.

The analysis published Monday in Proceedings of the National Academy of Sciences goes against findings of a landmark 2014 study, which analyzed the period of 1999 to 2010 and found 13 states with medical cannabis laws on the books saw slower-than-expected increases in prescription opioid death rates. The authors of that study speculated patients might be substituting marijuana for painkillers, but they warned against drawing conclusions.

When the new researchers included these data through 2017, they found the reverse trend: States passing medical marijuana laws saw a 23-per-cent increase in the rate of deaths involving prescription opioids.

In recent years, states ravaged by painkiller overdose deaths began to re-evaluate marijuana as a possible substitute, leading several to legalize cannabis for medical use.

In Canada, cannabis activists and members of the nascent legal industry have pushed for more access to medical and recreational products as one possible solution to an overdose crisis that kills more than 11 people every day on average.

Legalizing medical marijuana “is not going to be a solution to the opioid overdose crisis,” said Chelsea Shover, lead author of the new study and a postdoctoral fellow at the Stanford University School of Medicine. “It would be wonderful if that were true, but the evidence doesn’t suggest that it is.”

Dr. Shover and colleagues reported in their findings that it’s unlikely medical marijuana laws caused one big change observed in the 2014 study and then the opposite. Any beneficial link was likely coincidental all along.

Benedikt Fischer, a substance-use and public-health researcher from the University of Auckland and Simon Fraser University, said the new and old studies likely show that “medical marijuana access was a proxy for all sorts of other mediating factors” in the fight against opioid-related deaths such as a state’s approach to opioid treatment, naloxone access or a less-punitive approach to policing.

Medical marijuana may help a little bit as a substitute for some people who are using opioids for pain treatment. But the study shows that making medical cannabis more available should not be a primary policy response for ending Canada’s opioid overdose crisis, he added.

“That’s delusional and misguided,” he said.

Dr. Fischer said there is a need to very cautious about overinterpreting these latest U.S. data and what it might mean for Canada. He added that it is “almost negligent” that the Canadian government and its research agencies have not funded high-quality population-level studies on how cannabis laws have affected substance use across the country.

M-J Milloy, an epidemiologist at the government-funded B.C. Centre on Substance Use, an agency involved in tracking the harms of and potential solutions to the overdose crisis, said population-level studies such as the one published this week are methodologically sound, but more clinical trials are needed to discern if and why people are substituting cannabis for opioids. Dr. Milloy is one of two principal investigators now leading a government-funded study into how cannabis may play a role helping marginalized people who use other harder drugs in Vancouver.

“These studies do not assess individuals, the studies that we are doing in the Downtown Eastside do,” said Dr. Milloy, who headed a study last year that found consuming cannabis every day could delay at-risk youth from moving on to injecting more dangerous drugs.

This week, Vancouver City Council is set to debate whether the Downtown Eastside neighbourhood should get a research-based project that would allow a non-profit entity to supply subsidized legal cannabis to users of opioids and other hard drugs to determine whether it helps them slow or stop using the potentially lethal substances.

Authors of the original U.S. research welcomed the new analysis.

“We weren’t happy when a billboard went up saying marijuana laws reduce overdose deaths,” said Brendan Saloner of Johns Hopkins Bloomberg School of Public Health in Baltimore. “That was very hard for us to rein in.” 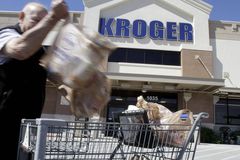 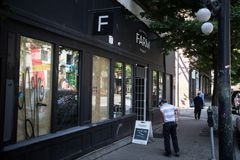 Tilray shares up 11 per cent on deal to merge with biggest shareholder
Subscriber content
June 10, 2019 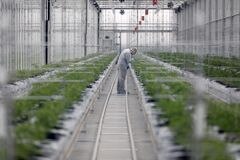