At least a dozen cannabis companies that operate in the United States are preparing to go public on Canadian stock exchanges, backed by local investment banks and law firms that have been hired to help them tap the market.

The U.S. cannabis firms are working toward listing on Canadian markets in coming months, according to bankers and lawyers working with the companies and public statements from the firms. The list includes Massachusetts-based Curaleaf Inc., Harvest Enterprises Inc. of Arizona and Columbia Care LLC and Acreage Holdings, both of New York.

All four of those companies are looking at deals in Canada that would be challenging to pull off in their home market. Marijuana is classified as a controlled substance and is illegal under U.S. federal law, although a growing number of states have legalized it for medical use and, in some cases, for recreational purposes.

Most cannabis businesses are going public in Canada by way of a reverse takeover of a shell company that is already publicly listed, as the process is often quicker and easier.

The new round of listings involves increasingly large offerings. The first listing is expected to come from Curaleaf, which operates 28 dispensaries, 12 cultivation sites and nine processing facilities.

That legal conflict between federal and state law makes it difficult for most U.S.-based cannabis companies to list on federally regulated U.S. exchanges. So they are following the example of other American firms, such as MedMen Enterprises Inc., a California-based company that runs 14 cannabis stores in three states and now sports a $2.5-billion market capitalization after listing in Canada in the spring.

The move by U.S. pot companies to look north of the border is not surprising, given the more favourable regulatory environment for pot listings and surging investor interest. After a huge rally in recent weeks, the five largest Canadian public companies in the sector have a combined market capitalization of $47.7-billion, despite modest revenues. Investors may be open to the prospect of owning U.S. cannabis firms that command lower valuations due to the riskier legal environment in their own country.

Americans are expected to spend approximately US$6-billion on legal recreational and medical cannabis this year, according to a recent report from analyst Robert Fagan at GMP Securities LP. Canadian demand is not expected to hit US$6-billion until 2022, even with the federal legalization of recreational marijuana coming in October.

Independent investment banks such as GMP and Canaccord Genuity Group Inc., which have relatively small U.S. operations, are scouring the American cannabis market for clients that they can take public on the Canadian Securities Exchange (CSE). The exchange is an upstart domestic marketplace that is now home to dozens of pot companies. Investment dealers owned by big Canadian banks and Wall Street firms are steering clear, on concerns they may run afoul of federal regulators in a way that would jeopardize their much larger U.S. businesses.

The Toronto Stock Exchange and key U.S. markets such as the NASDAQ tend to avoid listing cannabis companies with U.S. assets because of concerns that they are operating in violation of U.S. law. Some Canadian marijuana companies have listed on U.S. exchanges, however. For example, Canopy Growth Corp. is on the New York Stock Exchange and Cronos Group Inc. and Tilray Inc. trade on the NASDAQ market. But all three companies do all or nearly all of their business outside the United States and are seen as complying with U.S. law. (Tilray announced last week that it has permission from the U.S. Drug Enforcement Administration to import a “study drug” for a clinical trial at a university in California).

Canada’s go-to stock market for U.S. pot stocks is the CSE, which boasts 95 listings in the cannabis sector, of which 41 do business in the United States. From January to August, these CSE-listed U.S. marijuana companies have raised about $811-million from investors, according to data compiled by the exchange.

Among the companies lined up behind Curaleaf is Acreage Holdings. The company is based in New York, has cultivation and sales operations in 14 states and recently added John Boehner, the former Republican Speaker of the U.S. House of Representatives, and former Massachusetts governor Bill Weld to its advisory board. On Friday, Acreage announced a deal with a Toronto-based shell company that, if completed, would result in a CSE listing.

The queue also includes Harvest Enterprises, which is based in Tempe, Ariz., and operates in eight states; Columbia Care, which bills itself as the largest U.S. medical cannabis company and is run by two former Goldman Sachs employees; and cannabis advisory firm 4Front Holdings LLC, which is run by veterans of leading consumer product companies. 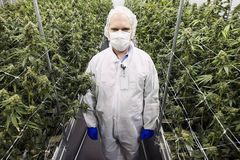 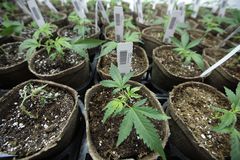 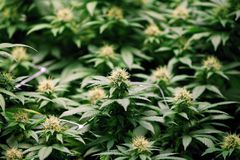