As Canada counts down to the legalization of recreational cannabis on Oct. 17, Canadian Kush Tours is busy hiring guides.

“By this time next year I want to offer daily walking tours from hotspots like Dundas Square and Union Station,” Tapiero said while sitting in Vapor Central, one of seven downtown vapour lounges and dispensaries that Kush visits by limousine or bus. “We’re focusing not just on tourists coming specifically to smoke cannabis, but also on those who may not know you can smoke it legally in Canada.”

By including activities such as spa visits and cooking classes in its tour packages, Kush aims to give its guests “the same kinds of experiences they can have with wine, beer or cigars,” Tapiero said. “They want to see the whole process unfold from seed to soul, from genetic breeding to seed production to harvest and processing, and of course to consume cannabis at each stage for the happiness it brings.”

As the owner of Toronto's oldest dispensary, Cannabis As Living Medicine, and author of the recently published CannaBiz: Big Business Opportunities in the New Multibillion Dollar Marijuana Industry, Tapiero’s enthusiasm is hardly surprising. He points to the hundreds of dispensaries and vapour lounges across Canada, as well as to existing tourism operations such as Victoria’s Canna Tours and Vancouver’s Alternative Med Tours, as signs that the floodgates are about to open.

But will they? Apart from cannabis advocates and existing cannabis-tourism stakeholders, the rest of Canada’s tourism industry is taking a wait-and-see approach.

Staff at Destination British Columbia, for instance, declined to discuss anything to do with cannabis tourism. A spokesman at Tourism Toronto, meanwhile, said the organization is “waiting for the government and city to implement their regulations and rollout before talking publicly about the new legislation.”

Oddly, this reticence is echoed by destinations that have already legalized recreational consumption and are clearly profiting from it. Four years after Colorado made the move in 2012, 15 per cent of visitors participated in a "marijuana-related activity," according to research commissioned by the state’s tourism office. Five per cent cited the availability of legal cannabis as their main reason for visiting, while 23 per cent were positively influenced by its availability.

Yet cannabis tourism “is something we just don’t talk about,” Colorado Tourism spokeswoman Annika Klint said. “That’s the directive that came from head office and that the state agreed upon.”

Even in Amsterdam, where the hugely popular cannabis-tourism scene has long been tolerated, the topic is a non-starter with the Dutch city’s tourism marketing board. “We have no opinion on it, other than that we see that coffee shops and soft drugs are one of the many reasons for visitors to come here,” spokeswoman Janine Fluyt said.

This arm’s-length approach is the result of an awkward combination: non-existent marketing, limited supply and infrastructure, and difficult regulations. In Canada, “nobody’s prepared because everyone’s still trying to figure out how distribution will work,” said Alan Young, a law professor at Toronto’s Osgoode Hall Law School and an expert on cannabis regulation. “There are still too many questions for people to plan.”

The first is the basic issue of supply. “You have to walk before you run and we’re not even walking yet,” Young said. “There’s still talk that come October there will be a shortfall in product and you can’t run a tourism business if you don’t have the product.”

Various government regulations also present a challenge. The Smoke-Free Ontario Act, for instance, bans smoking of any kind in enclosed public places and designated outdoor venues. “We have to determine if we are willing to allow consenting adults to enter a fixed location where there is second-hand vapour or smoke,” Young said. “We’re not there yet, but I believe it will happen. That’s when the cannabis tourism industry really starts to thrive.”

A recent trip to Colorado highlighted this issue for him. “I went to a dispensary because I was curious, bought a little bit of pot and asked, ‘Where do I go with this?’ And they said, ‘Nowhere. You can’t smoke in public, you can’t smoke inside.’ I said I was in a hotel and they said, ‘You can’t smoke it there, either.’ Basically, you have to look for a dark corner in a park.”

Promoting the nascent industry, he added, “is still a bit of a nudge-nudge-wink-wink scenario, and that’s the way government likes it. It will take a couple of years for it to become normalized in Canada and before we start seeing things like cannabis cafés and smoking lounges.”

Does this bode poorly for Canadian Kush Tours and similar ventures? Not at all, Young said. “Regulatory regimes always start off as restrictive because the government is afraid of something going wrong. If you start planning two years ahead, you’ll be ahead of the game. Canada has a worldwide reputation for quality cannabis and this reputation has been enhanced by legalization. Many tourists will come here for the quality as much as anything else. It’s the same as wine connoisseurs going to France or Italy, but not Poland.”

As quality venues for consuming cannabis grow in number, “a lot of tourist dollars will start rolling in,” he added. “I meet with lots of people who want to create franchise paraphernalia stores, cafés and so on. People are thinking about it, but no one really knows how to do it yet.”

This is not to say that all Canadian tourism organizations are sitting on their hands. At Tourism Windsor Essex, cannabis tourism “is on our radar, without question,” said chief executive officer Gordon Orr, adding that the issue will be examined by the organization’s board of directors in October and will be a hot topic at the 2018 Ontario Tourism Summit in Windsor later in the month.

Cannabis legalization echoes the Ontario liquor laws that have long made Windsor a popular destination for young drinkers from nearby Michigan, Orr added. “We’ve never marketed that, it just happens organically. You can’t go out there and say, ‘Our drinking age is 19.’ You have to give people a reason to visit, an experience. And if there’s an experience that’s developed as part of this cannabis legislation and there’s a market for it, then we’ll definitely try to capitalize on it.”

The next frontier for cannabis products? Beer
Subscriber content
August 20, 2018 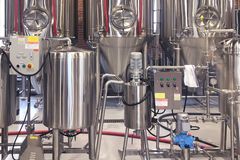 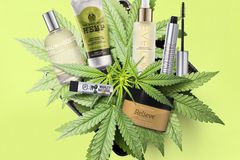 Cannabis and cancer care: What the science says
June 29, 2018 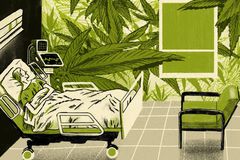