I don’t understand why all cannabis products are banned while driving. One of the advantages of the recreational market is that people are able to access CBD cannabis with virtually no THC (lab tested well under 1 per cent). If there are no intoxicating effects due to a lack of THC, why wouldn’t you be able to smoke a CBD joint or vape CBD oil while driving? – Josh, Vancouver

You’re not allowed to drive smoking cannabis, period, even if it doesn’t get you high – and there’s still a chance that CBD could get you a DUI, experts say.

CBD stands for cannabidiol, which, like delta-9-tetrahydrocannabinol (THC), is one of the more than 100 different molecules in marijuana.

“THC and CBD are two separate molecules that produce different effects,” said Jenna Valleriani, a University of British Columbia postdoctoral student. “THC, we know is psychoactive and intoxicating – CBD is still psychoactive, but not intoxicating.”

Products with CBD, such as oils and capsules, are sold with a variety of health claims such as reducing pain and calming anxiety – and in some U.S. states, CBD is even showing up in lattes. You can also buy high-CBD strains of marijuana with low levels of THC.

“CBD as a chemical is, in itself, not impairing – you cannot get high from cannabidiol and there’s no evidence to suggest it impairs your judgment,” said Robert Laprairie, a cannabinoid pharmacologist and assistant professor in the college of pharmacy and nutrition at the University of Saskatchewan. “But a lot of the products that are commercially available that claim to be pure CBD haven’t been fully tested – so what you believe to be CBD oil could contain significant quantities of THC and, yes, it can be impairing.”

In Canada, you can only buy CBD products legally from “a provincially or territorially authorized cannabis retailer, or by a federally licensed seller of cannabis for medical purposes,” Health Canada said in an e-mail statement. That means it’s illegal to buy online from a non-authorized seller. But people still do.

“There’s this myth that if it’s hemp-derived, it doesn't have to come from a licensed retailer – but it applies to all CBD products,” Valleriani said.

The provincial rules for cannabis in vehicles vary by province, but typically demand it be out of reach of the driver, which applies to CBD too. And it’s illegal to be consuming any cannabis product while driving.

“My advice to people is to treat any kind of cannabis product the same way you’d treat alcohol,” said Sarah Leamon, a Vancouver criminal-defence lawyer. “Don’t consume it in your vehicle at all and, if you can, put in the trunk or locked glove compartment.”

If the rules are ever legally challenged, it might be up to the courts to interpret whether non-intoxicating CBD products are breaking the law, Leamon said.

And even if you’re not using CBD while you’re in the car, that CBD pot you smoked or the spray you used before you got in might have higher THC levels than you think.

“So it’s really difficult to find a pure CBD strain that has zero per cent – basically, it still has a trace,” Valleriani said. “One recent study is showing that even just a little bit of THC can put people over the per se limits.”

That means there’s chance that you could face impaired driving charges if you’re tested and shown to have more than two nanograms of THC in your blood – a $1,000 fine – even though you never felt high.

“That’s where it becomes a little risky,” Leamon said.

Police can only demand tests if they have a reasonable suspicion that you’re impaired by drugs. So driving smoking a CBD joint could get you fined for smoking pot behind the wheel – but would it give police a reason to give you a drug test?

That’s still a little hazy, but it’s probably smart not to risk it, Leamon said.

“The scary part is, we don’t really know yet,” Leamon said. “We haven’t seen officers in Vancouver enforcing these new THC limits.” 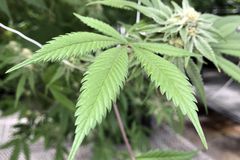 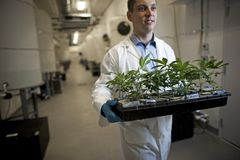 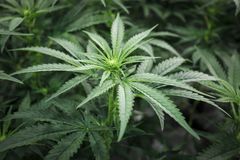