This week two high-profile Globe columnists wrote about books on the past U.S. election. One wrote about a book in which the author accepted blame, talked about the difficulties in the election for some candidates and admitted to perhaps being too much of a wonk. The Globe columnist said we need to hear more from the book's author and noted that misogyny was a factor. The second column described another book as suggesting the crackpots are taking over, that the United States was founded by a nutty religious cult (the Puritans) and to watch for more demagogic leaders selling snake oil to make good.

So, looking at those two columns on two different books, which one would you say received more and more personal abuse for either the columnist or the book author on social media and in The Globe's comments.

Despite the content of the second column, it's the first. No surprise that it was the column written by a woman, Elizabeth Renzetti, about a woman, Hillary Clinton.

I received a phone message from an angry reader who sputtered about The Globe paying the "Renzootti bitch." On Twitter, another person wondered why The Globe would pay Ms. Renzetti. And in the Globe comments there were no attacks on the Kurt Andersen, who wrote Fantasyland: How America Went Haywire, but lots on Ms. Clinton.

On the second column by Lawrence Martin, the comments boiled down to a debate about the war on the elites and about racism in the United States. While at times including taunts such as "the cry-baby Left" and one reference to Mr. Martin as "this goof," the comments on that piece stayed mostly on the issues and not the people.

In Ms. Renzetti's column, she notes that "I'm sure there's a part of Ms. Clinton that would have preferred to retreat to her house in the woods … but there are still so many people out there counting on her voice." This despite the fact that she well knew the attacks that would be heaped on her. In her book, Ms. Clinton wrote that "Both sexism and misogyny are endemic in America. If you need convincing, just look at the YouTube comments or Twitter replies when a woman dares to voice a political opinion …"

And that certainly was true in the comments on the column about her book. Three times as many as on the Lawrence Martin column and a large portion attacking Ms. Clinton personally for losing the election.

A reader wrote to me asking why The Globe keeps comments open. "Ms. Renzetti's article is good as usual. After reading it, I perused the comments. As usual, 15 commenters, every single one of them attracted to any article about women to put down women and reinforce each other's sexism. Any other views have been chased away so there is no discussion here. So what's the point of comments on articles about women (or immigrants)?"

She is right that in the initial comments many of them were angry. "Here is a suggestion madam columnist. Use your keyboard to cry me a river that so many medical schools have fewer men than women students … social-warrior politically-correct agenda drivel." Or this one: "Hillary's book is a big problem … proves she is delusional and unfit for office, just as voters thought." Or this one: "I stopped reading at the place where she said 'Contrary to the pleas of journalists – in the main, but not all, men – Hillary Clinton blah blah blah…'"

After a few days, there are more than 140 comments and a better debate. Here's one commenter responding to the above. "Nursing schools are more than happy to get male students; school boards would give their eye teeth to have more male kindergarten teachers. Yet [the above commenter] and others like him constantly use these examples to downplay the very real barriers to women found in many different corners of the world. To put it briefly, it's dishonest.

Oh, and Renzetti wasn't claiming that most journalists were men, she made the point that most, but not all of the journalists pleading for Clinton to go away were men."

This is good news that the loud and angry minority have not shut down a debate. Ms. Renzetti said that often social media and comment threads can become the fight club and the danger is that reasonable voices are shouted down. "The danger is you become silent, but remember that these angry people are in the minority and history is not on their side."

There are other dangers of course: that women and minorities who face the greatest abuse will not write or speak out on controversial issues. It takes real strength to do this, often aided by taking a social-media holiday or not reading comments. On Globe comments, articles about women or minorities are generally moderated and more carefully screened. I'm not sure you would want to close comments on all such topics unless the conversation became toxic. I wrote about The Globe's efforts to keep comments more civil and it remains an ongoing issue to keep the tone temperate.

I think it is far better to be vigilant in helping women and minority writers and subject sources and keeping the tone on comments civil and respectful than to avoid the topic entirely, although the option for closing comments must always be there and taken without hesitation.

If you want to read more on this topic, please go to an opinion video with political strategist Rob Davis talking about how the aggressive nature of discourse could keep women and minorities from running for election.

Also, see this series on comments by the Guardian showing that of the 10 most-abused writers, eight are women and the two men are black. 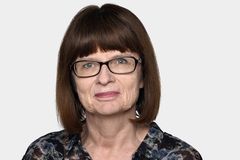 Public Editor: We must earn your trust that we’re the real deal
July 31, 2017
Follow Sylvia Stead on Twitter @SylviaStead
Report an error Editorial code of conduct
Due to technical reasons, we have temporarily removed commenting from our articles. We hope to have this fixed soon. Thank you for your patience. If you are looking to give feedback on our new site, please send it along to feedback@globeandmail.com. If you want to write a letter to the editor, please forward to letters@globeandmail.com.
Comments