A week ago, Saturday's front page caused a stir online, in notes to me and to our letters editor. The front page showed a large photo of an unsmiling woman in a niqab with the words Muslims Among Us written across the black cloth of the garment. The smaller type headline said: What the new wave of immigrants can teach us about our capacity for fear.

One published letter from Kingston gently chided the headline saying: "Thank you for Saturday's eye-opening headline. I assume this is the first in a series, and we can now look forward to exposeés on Christians among us, Jews among us, white people among us, Canadians among us...."

Other letters were more critical suggesting that by choosing a photograph intended to cause fear and concern with the words Muslims Among Us we were exposing Canadian Muslims to hate. "As the popular saying goes, a picture is worth a thousand words, this particular picture, however, is worth a million words especially at a time when the Muslim community is held under siege, the negative perception of them is at its peak and hostility towards them is on the rise. The newspaper has certainly put a tremendous effort and thoughts in putting up such a picture after knowing well that most people these days don't sit down to read a long article as a picture is sufficient to covey the message. Unfortunately, I feel that the picture has succeeded to convey a negative and a harmful message about Muslims. The reader who sees the picture of a Muslim woman wearing the niqab and the large font headline: MUSLIMS AMONG US, he takes it as a wake up call and a warning..."

"It is a sad day when the news media forgoes good publication ethics to sell papers... In regards to your picture and capitation am I supposed to be scared, horrified or disgusted? I do not think that this was your intention, however, this is how it came across," said another.

The headline and photograph pointed to an article by our former European correspondent Doug Saunders. His story was an analysis piece from his upcoming book TheMyth of the Muslim Tide, a book which as Doug says, tries to shift the debate to facts and realities and away from mythologies.

The headline and photograph were meant to be provocative to make the readers think about their own attitudes and mythologies.

Carol Toller, our weekend editor, noted that "because Doug's piece was taking deliberate aim at widely prevailing myths about Muslims, we wanted a cover that acknowledged those misconceptions – invoking the stereotypes and immediately undercutting them. That was the point of the dek (the smaller type headline under the main headline), which we thought made clear that misconceptions about Muslims have no basis in reality; they're a product of fear-mongering. The idea was to subvert the stereotypes. Seen from afar, outside the context of Doug's very well-received piece, the image and headline no doubt looked inflammatory. I hope that it prompted readers to take a closer look, and read what Doug had to say."

In this case, I feel that while the article was inclusive, the use of the word "Us" in the headline was exclusionary. By saying "Among Us" you inadvertently set up an "Us and Them" mentality, which was not helpful to the debate.

Here's another letter that sums up the point very well: "I also realize that Doug Saunders' article ... actually gives a balanced view of Muslims, aiming to dispel the myths about this group we hold as truth in our society. I had to read the article to discover that. My issue is with your choice of photograph and headline on the front page of the paper: To show a woman wearing a niqab, with the headline "Muslims among us", continues, I feel, rather than dispels the myth of having to fear this part of our population. To the casual reader, or to someone just glancing at the headlines, it perpetuates the myth that Muslims are a threat. The headline pits "them" against "us". Even the pictures in the rest of the article focus on the "otherness" of Muslims. Why did you not lead, on the front page, with a more honest headline? Why did it not say "Our misplaced fears" or "Myths dispelled". Did you hope to sell more newspapers perpetuating the negative myth? Please let's see each other as human beings, fascinating through diversity, triumphs and flaws, not as caricatures to be exploited."

In fact, we did run quite different headlines on the front of the Focus section where the article ran. That headline read " In Good Faith" with a photograph of a man praying. Online the headline read: "The Unfounded Fear of Muslim Immigrants." To my mind, those headlines were better able to draw the readers in at the same time as explaining what the article was about.

If you have any comments, please respond below. If you want to comment to me on this or anything else you read, please e-mail me at publiceditor@globeandmail.com 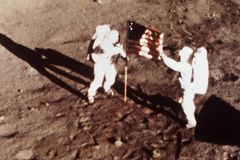 Public editor: Readers sound off on their grammar bug bears
April 4, 2017
Follow Sylvia Stead on Twitter @SylviaStead
Report an error Editorial code of conduct
Due to technical reasons, we have temporarily removed commenting from our articles. We hope to have this fixed soon. Thank you for your patience. If you are looking to give feedback on our new site, please send it along to feedback@globeandmail.com. If you want to write a letter to the editor, please forward to letters@globeandmail.com.
Comments