When the Ontario Press Council dismissed complaints against The Globe and Mail and The Toronto Star this week for their stories on allegations of drug involvement by Toronto Mayor Rob Ford and his brother, Councillor Doug Ford, it said each paper had followed appropriate journalistic guidelines, especially with regards to the use of anonymous sources.

But the council also said the general public doesn't know enough about those guidelines. Frances Lankin, the chair of the council, said greater transparency will "help the public understand the journalistic guidelines and court decisions that define the ethical and legal parameters."

So, in the interest of greater transparency, here is the backstory on The Globe's allegations that Doug Ford sold hashish as a young man.

The story started when reporter Greg McArthur and freelance writer Shannon Kari paired up to do a profile of the newly elected mayor and his prominent family. As the reporters interviewed people who knew the Fords, all the conversations quickly turned to Doug Ford and allegations of his drug dealing.

This took the two reporters on an 18-month journey, interviewing dozens of sources and narrowing down the key interviews to those who said they had direct knowledge of the alleged drug dealing. They checked court records; they also used FaceBook and details from other sources to confirm that the sources were involved, corroborating facts at every turn. Then the reporters, senior editors and, in some cases, a lawyer revisited the key sources to confirm their details. Extensive efforts were made to convince the sources to go on the record, but in the end they were concerned that their background would taint them or make it difficult to cross the border.

The story was almost ready to go when news broke of the video alleged to show Rob Ford smoking a crack pipe. It ran soon after.

The Press Council said efforts to contact the Ford siblings could have been more extensive, but it was satisfied that the subjects and their lawyers were given a chance to respond.

I have since heard from readers who wanted to know more about the use of anonymous sources. Many don't know the Supreme Court of Canada has said that "some form of legal protection for the confidential relationship between journalists and their anonymous sources is required." In a case about The Globe's efforts to protect the confidentiality of a source in another story, Justice Edward Belobaba of the Ontario Superior Court found "little to no public interest" in forcing the paper to reveal its sources. "Unless the media can offer anonymity in situations where sources would otherwise dry up, freedom of expression in debate on matters of public interest would be badly compromised," he wrote. "Important stories will be left untold."

There is no question that, as the Ontario Press Council said, the media is a powerful institution and that it needs to be open and transparent. That's why the system allows for checks and balances, starting, most importantly with the editors who challenge and question reporters, but also including the Press Council, lawyers, a public Code of Conduct and a Public Editor. 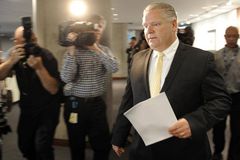 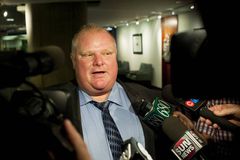 Public editor: Why John Greyson’s sexuality was relevant to Wente’s column
October 10, 2013
Public editor: How The Globe discovers and corrects errors
October 2, 2013
Time to find a different word to describe Bernardo’s victims
September 28, 2013
Follow Sylvia Stead on Twitter @SylviaStead
Report an error Editorial code of conduct
Due to technical reasons, we have temporarily removed commenting from our articles. We hope to have this fixed soon. Thank you for your patience. If you are looking to give feedback on our new site, please send it along to feedback@globeandmail.com. If you want to write a letter to the editor, please forward to letters@globeandmail.com.
Comments