Negotiators are back at the bargaining table, working around the clock to reach a deal between the United Auto Workers (UAW) and General Motors Co. in the United States. Nearly 50,000 UAW members went on strike on Sept. 16 after contract negotiations fell apart when both sides failed to agree on key issues such as wages, health-care costs, profit-sharing and job security.

The effects of the strike have trickled into Canada. Hardest hit is GM’s assembly plant in Oshawa, Ont. The plant has virtually ground to a halt with about 2,000 workers temporarily laid off, along with another 730 employees at GM’s engine plant in St. Catharines, Ont. It’s a far cry from GM Canada’s glory days.

For decades, GM’s plant in Oshawa played a vital role in North American auto manufacturing. In the mid-1980s, General Motors of Canada Ltd. was the biggest employer in town, with more than 23,000 workers. That number has dwindled to about 2,600.

“At the height of its day, Oshawa was GM and GM was Oshawa,” says Justin Gammage, industry liaison specialist at Ontario Tech University (previously known as the University of Ontario Institute of Technology) and former chief scientist at GM Canada. “The bulk of the city had some connection to GM – whether they worked for GM, the suppliers that supply the plant, or the restaurants and local stores that sold their goods to the GM employees.”

GM Canada – and GM in the United States, for that matter – has suffered blow after blow. And even if an agreement is reached between the UAW and GM, it doesn’t change the inevitable. The company will close its Oshawa assembly plant, stop vehicle production and slash nearly 2,600 jobs at the end of the year – a move that is a part of a global restructuring plan to cut costs.

GM announced in November 2018 that the Oshawa plant was on the chopping block because it was producing the Chevy Impala and Cadillac XTS – sedans with dwindling sales that have fallen out of favour with consumers who are buying crossovers, SUVs and trucks instead of cars. But after sustained pressure from Unifor, the union representing GM workers in Oshawa, there was some relief. (Unifor also represents staff journalists at The Globe and Mail.)

In May 2019, GM Canada announced it would invest $170-million in the Oshawa assembly plant, a move that would help turn the factory into an aftermarket-parts plant and save 300 unionized jobs. It also promised to build a new test track for autonomous and advanced technology vehicles on the site.

“We can show GM we have the skills, abilities, talents that can help them be very competitive around the world,” Oshawa Mayor Dan Carter says. He cites the city’s investment in research and development, its postsecondary institutions, experienced work force and “because we’ve proven, time over time over 100 years, that we can be part of the future of the automobile industry.”

The key to GM Canada’s transformation will be two Canadian Technical Centres (CTC) in Oshawa and Markham, Ont. The Markham Centre, which opened in 2017, focuses on software and the development of autonomous vehicles. It specializes in active safety and vehicle-dynamics technology, infotainment systems and connected-vehicle technology. The Oshawa facility, which is near the assembly plant, conducts more general tech research and development. Both centres are a vital link to help the company make a transition from a traditional auto manufacturer to a forward-looking company with a mobility-focused future.

“It’s [becoming] a tech company, believe it or not. I never envisioned a day when we would think about anything but only selling vehicles,” says Sara LeBlanc, director of the CTC for GM Canada in Markham.

Since CTC Oshawa focuses on R&D and has ample garage space and a work force with a high-tech skill set, “it makes sense to have the test track right there, where you can do calibration and development. That’s a great thing,” LeBlanc says.

While Unifor president Jerry Dias says 300 jobs are better than none, heʼs still angered by the transition and the impending end of vehicle production in Oshawa. “If, in fact, they’re going to have a test track, then why in the hell aren’t you going to utilize it with vehicles built in Oshawa?” Dias asks.

Unifor lobbied for another vehicle to assemble in Oshawa. That didn’t happen, but he concedes union members are better off than they were. “We faced a hard closure, and now we’re going to end up with a plant that remains open – only a fraction of what it once was. But I am not done with debating with General Motors about a future vehicle for Oshawa,” he says.

Some of the 2,300 employees still in limbo will be offered early-retirement packages; others will get skills training and new opportunities.

Tara Craigen shifted careers ahead of GM’s official transformation She started as a front-line supervisor at the Oshawa truck plant and spent more than 15 years in manufacturing before moving to the engineering department at the Markham CTC in May, 2018.

“There is hope. And I mean it heartfelt when I say GM has been a great company that has helped me grow both personally and professionally. They really have invested [in me] over the 20 years I’ve been with them now, many times with formal training, developmental roles, and leadership opportunities,” Craigen says.

Others aren’t as fortunate. John McVey, a GM line worker for the past four years, has been down the plant-closing road before with his wife, who worked at GM’s truck-assembly plant in Oshawa from 2002 to 2009, until it closed. Though the official layoff notice hasn’t come yet, conversations with his union representative make it evident that he won’t be offered one of the plant’s remaining 300 positions.

“I’m in my mid-50s. It’s not like I can afford to retire … I still have to work. My kids are worried about us now. We used to worry about them. And now they’re worried about us. That’s not the way it’s supposed to work,” says the father of two children, who are now in their 30s.

“Our retirement and standard of living when we retire isn’t looking great, but that’s the way it is. It’s not Armageddon, but I better come up with another job soon,” he says.

Oshawa’s mayor vows he won’t rest until jobs are secured for everyone. “My job is not complete until each and every one of them has a job and a good-paying job,” he says.

Oshawa’s new test track might be the key. It will be the first of its kind in Canada (GM has a cold-weather testing track in Kapuskasing, Ont.) and prove far more efficient than sending engineers to test vehicles at GM’s Milford Proving Grounds in Detroit.

“This new track is a huge deal for us. I can’t overemphasize how big of a deal it is. It’s a major efficiency enhancement. We’re lucky to have the facilities in Michigan, but itʼs 4½ hours away, so there’s shipping costs and travel costs for engineers to go to Michigan. To have this here is a major enhancement to efficiency,” says Tom Ender, senior manager for embedded controls and software at CTC Oshawa.

Approximately 4,000 hours a year go into the engineering work in Canada. At the moment, most of GM Canadaʼs vehicle-level testing must be done on private roadways. The new track promises to make vehicle-testing more efficient and less time-consuming.

While the 55-acre test track is still being designed, it’s expected to be oval-shaped and 2½ kilometres long, with two straightaways and two banked, curved corners that could safely sustain vehicle speeds of about 100 km/h.

About 700 engineers now work at the tech centres, a number that is expected to increase to 1,000 in the next few years. But the growing focus on high-tech skilled labour doesn’t mean blue-collar jobs wonʼt be needed in the future, Dias says.

“Whether or not it’s an autonomous vehicle or an electric vehicle, it’s a vehicle. It’s just the software that goes in it. So it’s not as if we need brain surgeons to assemble a car for the future. We’re going to need to skilled workers for sure, as we have now.

LeBlanc says GM Canada is well-positioned for the future, especially since nearly 80 per cent of the software-coding work done for GM globally is done in Ontario. Nineteen different U.S. teams rely on the software support.

“There was a conscious decision to bring our software in-house for a variety of reasons," LeBlanc says. "GM looked around the world, even at GM in California, to find the right place to put it – one that had a strong talent pool and where the environment is conducive for people to learn and push each other.

Still, more work could be done in Oshawa, Dias says. “GM needs to understand we’re never going to throw in the towel. We’re going to continue to push to build future vehicles in Oshawa. Three hundred jobs has to be a start.

“Our expectation is that there will be a lot more than that in the long run.” 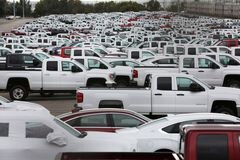 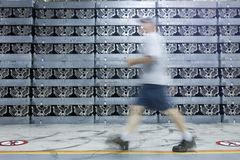 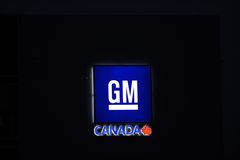