Deciding on options was once relatively simple when buying a car. Shoppers were faced with questions like: “Do I want to crank up the windows myself?” and “Do I want to bake in a car with no AC in July?”

But these days, that options list can get long. And it can get full of words – such as Alcantara (a brand of fake suede) and anthracite (black) — that send you scrambling for a dictionary.

Some options, including safety tech such as blind-spot detection and automatic emergency braking, have been touted in car commercials and on websites, making it easier to figure out whether you want them. But others are less clear.

Whether you’re choosing from an à la carte list of options or trying to decide whether to splurge on the top-of-the-line trim or settle with the one below, here are a few that might actually be useful on the road (with a usefulness rating out of 10):

This one’s simple: It projects information – such as speed, navigation instructions and, sometimes, even the speed limit – onto the windshield in front of the driver.

If you haven’t driven with one, it might seem a little superfluous. Why can’t you just look down? Especially these days with most cars showing that information in the instrument cluster. But once you’ve driven with one, you quickly realize how often you have to take your eyes off the road while driving.

It made the move from fighter planes to the Oldsmobile Cutlass Supreme in 1988, but it’s mainly been seen in luxury cars since then. Now it’s showing up in non-luxury brands, including Mazda, Hyundai, Toyota and Honda.

Information either projects onto a clear plastic display above the dash or directly onto the windshield.

Some systems show you whether cars are in your blind spot. Others, such as Mazda’s and BMW’s, also work with systems that use video cameras to read the speed limit from road signs.

This one shows you, well, the view around your car. It uses cameras mounted on the front, back and on the mirrors to give you a 360-degree view. It’s handy to see what’s around your car while you’re parking, but it’s no substitute for using mirrors and checking over the shoulder.

While relying solely on the video display (for research purposes), this writer scuffed a wheel on an asphalt curb that was the same colour as the road.

This is another feature that’s migrating from higher-end cars. The top trim on the Nissan Kicks has it, for instance.

But if you also have parking sensors, it’s useful extra information. You can see why the alarm is screaming at you. Some systems show indicators in the video display showing which section is close to hitting something.

With adaptive cruise control, you can’t quite set it and forget it. You still have to pay attention. But it lets you set a speed and keep a set following distance from the car in front of you. Your car slows down – and, with some systems, it will actually brake – if you get too close. It uses radar, lasers and video to sense the cars ahead.

Stop and go systems let you stop and then automatically start again during shorter stops. It’s the tech that, someday, might lead to self-driving cars. But we’re nowhere near there yet.

It’s one of the systems, along with active lane-keeping assist, that makes up Tesla’s Autopilot. And as Autopilot crashes have shown, these systems can fail, especially in lousy weather.

You’ve probably heard of this one, but do you need it? Car infotainment systems are getting better at doing things, such as understanding voice commands, that smartphones have been good at for years.

But CarPlay and Android Auto let you send texts or navigate contacts without having to fiddle with your phone or dig through the owner’s manual to figure out how to do it through your car’s infotainment system. And they look like your phone so you instantly know how to do stuff.

It’s probably less cumbersome than fiddling with a phone in your lap, but sending and receiving texts by voice is still a distraction while you’re driving.

But if you don’t want to get the carmaker’s navigation package, you can, typically, use your phone for directions and CarPlay or Android Auto will show them on the infotainment screen. Right now you still need to use a cable to connect to most cars, but that’s slowly changing for some cars with Wi-Fi.

Usefulness: 7 (10 if your car doesn’t have navigation) 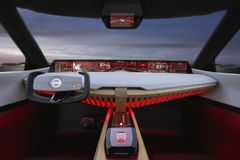 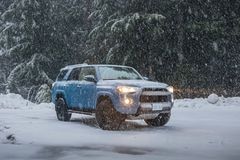 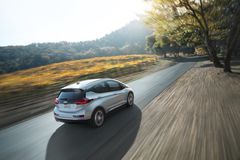 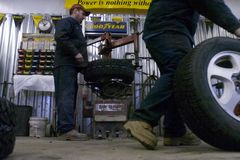