General Motors revealed this week its new Chevrolet Bolt EUV, or “Electric Utility Vehicle,” which will go on sale this summer. It’s a little larger than the Bolt EV, which will be refreshed after four years of production. Both all-electric vehicles will be significantly cheaper than the current model.

There’s not much difference between the two models aside from size: the EUV is about 13 cm longer than the EV, with a wheelbase that’s about 8 cm larger. The 65-kWh battery is basically unchanged and still provides a claimed 417 km of range for the EV on a full charge. The slightly larger Bolt EUV, which weighs an additional 35 kg, claims 402 km on a full charge.

It’s all about passenger space for the new EUV. The extra length provides about 8 cm of additional legroom for the rear passengers, but the total cargo volume is almost identical, whether the rear seat is folded flat or not. The same is true for hip room and shoulder room, which is actually slightly reduced in the rear. Tall rear passengers will appreciate the panoramic sunroof that’s available only in the EUV, which adds about three cm of headroom.

The two new Bolts share the same platform, but their sheet metal is entirely different. Don’t think that the larger EUV is a true SUV, however, with all the rugged abilities that appeal to buyers. It’s only available in front-wheel drive, and shares the same road-tuned suspension and chassis as its EV sibling.

“I don’t think that all-wheel drive is a requirement to be called an SUV,” says Jesse Ortega, the Bolt’s executive chief engineer. “This has SUV proportions, it has SUV styling, it’s very muscular, it has three additional inches for active cargo so you can get into the vehicle. As we’ve driven these vehicles around, our customers have been very clear: they’ve said (they want) more room in the rear passenger area, and we can provide that additional length, so we believe it is an EUV.”

Perhaps most important, both Bolts are much less expensive than the current Bolt, which has a base price of $44,998, not including taxes and the $1,800 freight and destination charge. The 2022 Bolt EV will begin at $38,198 and the EUV will begin at $40,198. The total cost would also be offset by the Canadian government’s $5,000 EV rebate, and supplemented even further in Quebec and B.C., which offers an additional $8,000 rebate and $3,000 rebate, respectively.

The reduced price is due to having a greater economy of scale for the Bolt’s production, says Ortega. More than 100,000 Bolts have been sold since its introduction in 2017, with more than 13,000 of those sales in Canada, and General Motors says it attracts more new customers to the manufacturer than any other model.

The new cars will have at least the same level of features, plus a redesigned interior and seats. There will also be some new driver’s assistance features and technologies to bring them properly up to date, such as wireless Apple CarPlay, Android Auto, and wireless phone charging. Most of these will cost extra in higher trim levels, including GM’s Super Cruise semi-autonomous driving ability that will be offered in the EUV. However, it will not be the more advanced “enhanced” version that is available in some new Cadillacs, so it will not change lanes automatically to overtake slower vehicles, like a Tesla.

Both Bolts have redesigned LED headlights, and come standard in Canada with heated front seats and a heated steering wheel. The transmission shift lever is gone, replaced by push-and toggle buttons on the centre console. The one-pedal transmission setting, which brakes more heavily when pressure is lifted from the throttle pedal and lets the car be driven almost like a golf cart, now stays in its setting between drives – it doesn’t have to be reset each time the key is removed.

Canada’s charging infrastructure is growing rapidly, and there are now more than 12,000 public charging stations across the country, mostly in Quebec, Ontario and British Columbia. About 2,000 of those chargers are Level 3 fast chargers, where the Bolt EV is capable of recharging to give 160 km of range in 30 minutes, or 154 km of range for the heavier EUV.

General Motors says 90 per cent of its EV owners normally charge at either home or work, where a Level 2 charger is common. Both Bolts are capable of 11 kW Level 2 charging, but the mobile charging cord provided by Chevrolet for both 120-volt and 240-volt outlets will charge at a slower 7.2 kW. The cord comes standard with the EUV and is available as optional $400 item for the EV.

The Bolt is assembled in Michigan, and its battery and drivetrain are provided by LG Corp in South Korea. Its cold-weather testing was done at GM’s Proving Grounds in Kapuskasing, Ontario.

“Internal combustion vehicles will be around for a long time, but the EV movement is real,” says Steve Majoros, vice-president of Chevrolet marketing.

“We see it, the industry sees it, and we can’t be prouder of what General Motors has done: the commitments that we’ve made across the board, whether it’s product portfolio, manufacturing, charging, or infrastructure. From a Chevrolet standpoint, we’re just getting going here.” 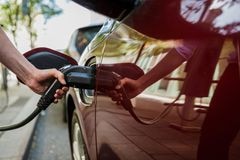 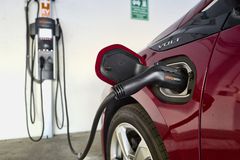 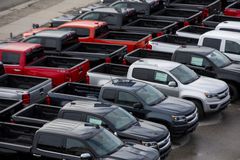