Even compared to the challenge of making it in other professional sports, breaking into Formula 1 is an almost impossible dream.

Anyone can kick around a soccer ball, or dribble a basketball. Hockey demands a larger investment in gear, but there are NHL-sized rinks in most towns. It is at least possible for kids to play the game with professional equipment, to get a feel for it. There are as many as 450 players in the National Basketball Association, more in the National Hockey League.

Only 20 people on the planet race Formula 1 cars on a given weekend. Earlier this year, a 25-year-old from Toronto named Nicholas Latifi joined that exclusive club, becoming the only rookie in a very strange season.

Driving one of the slowest cars on the grid for a cash-strapped team purchased by new owners part-way through a season postponed and upended by the pandemic, Latifi is currently second-last in the championship standings.

He is not a “driver” in any normal sense of the word, and calling what he drives a “car” is misleading, because it implies his multimillion-dollar purpose-built F1 racing machine has something in common with the thing you drive to work, or even with sports cars like Porsches and Corvettes, but it doesn’t. Latifi’s long-time coach said the average person would probably pass out if subjected to the gravitational forces exerted during acceleration, turning and braking in an F1 car.

“Probably the most similar experience would be going on a roller coaster, a very aggressive one, the way your body gets thrown around,” Latifi says. The difference being that on a roller coaster, you’re free to let your limbs flail. “In Formula 1 racing, you have to resist that and be in control.”

As difficult as it is to imagine driving an F1 car, it’s harder still to imagine how a teenager growing up in Toronto gets a place in one of the 20 cars on an F1 grid.

This is a global sport with more than 500 millions fans as measured by Nielsen, and yet it is shrouded in secrecy. There is no draft for rookies. Contracts between racing teams and their two drivers are not disclosed. A controversial new cap limits team budgets to US$145-million starting next season, but it excludes driver fees and salaries. The engineering details and unique features of each F1 car are closely guarded secrets.

Latifi is one of only two Canadian drivers to enter F1 in the past 20 years.

“I put on hold and put aside so much of, letʼs say, what a normal life would be,” Latifi says, speaking on a video call from his European base, an apartment in London overlooking the River Thames. As a teenager, he didn’t have much time for friends or parties. Weekends were for racing, which, in the winter, meant flying to Florida. He never went to prom.

After expressing interest in go-karting, Latifi had a kind of private tryout at Formula Kartways in Brampton, Ont. It was organized by the track’s owner, David Tennyson, a former professional racer who knew Latifi’s father.

Latifi was 12 years old at the time, which makes him unusual among aspiring F1 drivers. Hopeful parents buy go-karts for children as young as three or four; they can be racing at six or seven, Tennyson explains.

“Iʼll never forget it: Looking inside the helmet, you look at Nicholasʼs eyes – even at his first big go-kart race – thereʼs no expression,” says Tennyson, who became Latifi’s driving and performance coach.

Latifi was calm, but he had talent. His feel – the ability to intuit what the go-kart was about to do the instant before it did it – was incredible, Tennyson says. Still, Latifi had to be persuaded to try a proper go-kart race. Once he did, though, he was hooked.

At 15 or 16 years old, Latifi says he really started to visualize making it into F1. In Grade 11, he decided with his parents to leave the private school he attended in Toronto and move to Europe to race against other young F1 hopefuls. That’s not something you can do in Canada, or even the United States; to get into F1, you have to go through Europe’s highly competitive junior championships, Tennyson explains.

The cost to compete

A Rotax Junior go-kart costs about $9,500, Tennyson estimates. At the higher levels, drivers don’t own the cars, teams do. The cost to compete is the cost to run a car over a season: fuel, tires, spare parts, fees, travel and testing. A Formula 4 car costs about US$160,000 a season, Tennyson says. In top-tier series just below F1, costs can climb into the millions.

After finishing second in the 2019 Formula 2 championship, Latifi was signed by Williams Racing for the 2020 F1 season. The illustrious U.K.-based outfit is where Canadian Jacques Villeneuve won his 1997 F1 championship, but Williams hasn’t won a title since then and has struggled financially.

Like Lance Stroll, the only other Canadian driver currently in F1, Latifi comes from “a privileged background,” as he puts it.

His father, Michael Latifi, is the founder and executive chairman of Sofina Foods Inc., a major Canadian food producer and distributor, which sponsors Williams Racing. Michael Latifi is number 10 on MotorSport magazine’s “Formula 1 Rich List.” (Stroll’s father Lawrence, who recently became the executive chairman of Aston Martin Lagonda after buying a large stake in the struggling automaker, is eighth on the list.)

As the magazine notes, “modern F1 seems to be attracting more of the ultra-wealthy than ever before,” although the same could probably be said of most professional sports.

Drivers are usually funded by a mix of family money, corporate sponsorships or sponsorship by an F1 team’s junior-driver development program. Latifi acknowledges his good fortune, having secured sponsorships from his family and big companies throughout his career.

“Money has to come from somewhere; thereʼs no one who’s racing completely for free,” he says. “That’s one of the things that can make racing so difficult; it’s a sport that, you know, is unfortunately not purely reliant on your results and what you do on the track.”

It’s not only about money, but luck and timing too, he adds. Some years, there are simply no openings for rookies.

It’s a double-edged sword for the many F1 drivers whose wealthy families helped bankroll their racing careers. That money helped get them into this rarified sport, but they must prove they belong to shake off any pay-to-play stigma.

Because of the pandemic, Latifi’s parents weren’t allowed to attend his first F1 race, which took place in Austria in July. The grandstands were empty. The atmosphere, quiet. Obviously, it wasn’t quite the F1 debut he imagined.

He posted the slowest lap time in qualifying and therefore started his first F1 grand prix from 20th position. But nine drivers failed to finish that chaotic race, and Latifi carefully stayed out of trouble to finish 11th. It was a good result for a rookie.

By the fourth race of the season, he felt he was making fewer mistakes and getting better at exploring the limits of the car.

Those limits are closer to that of a fighter jet than an SUV. An F1 car can exert five times the force of gravity in corners and up to six Gs during braking. To help maintain control in such conditions, Latifi strengthens his neck, which appears solid as a tree trunk, using a leather head harness attached to big elastic bands. (Even the most extreme road-going sports cars can only pull 1.2 Gs laterally.)

Turn seven at the Circuit de Barcelona-Catalunya, home of Spanish Grand Prix, is what most of us would describe as a left turn. This is how Latifi describes it: “The corner is a 90-degree, but it has a much rounder entry, and on the exit, the radius decreases. You’re probably arriving at around 250 km/h, in 6th or 7th gear […] you can release the brakes much earlier than you think and use the banking to kind of hold the car in place,” he says all at once in a stream of consciousness. Such speeds and g-forces can be a deadly combination.

At the Belgian Grand Prix, Latifi found himself thinking about French driver Anthoine Hubert, who died in a fatal crash last year while they were both racing in Formula 2. “It could’ve been any one of the drivers, given different circumstances,” Latifi says. Hubert was 22 years old.

In late August, the family-run Williams Grand Prix Engineering Ltd., which races in F1 as Williams Racing, was sold to an American private-investment firm, Dorilton Capital. Nobody knows who the ultimate benefactors behind the firm are, but Latifi and his teammate both say their seats on the grid are safe for 2021. 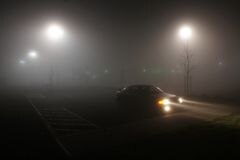 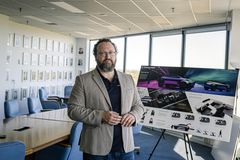