Ask any car enthusiast and they will likely tell you how excited they are for this week’s unveiling of Porsche’s all-new 911 GT3. One of these only comes along once every seven years or so and it inevitably becomes the benchmark by which all other sports cars are judged.

Highlights of the 2022 GT3 include an optional manual gearbox, a naturally-aspirated 503-horsepower engine ripped from a racecar and an enormous wing that pushes past the limits of good taste. Pricing has yet to be announced, but the cars will be in showrooms this fall and you can bet there’s already a waiting list, a fact that is likely baffling to the vast majority of population.

For context, the GT3 is made by Porsche’s GT division, a company within a company, which keeps the flame alive for hardcore sports cars while the rest of the firm churns out popular SUVs and expensive electric sedans. The GT division launches its cars to a devout group of well-heeled true believers eager to splash out six figures for a car that – in the case of the new GT3 – looks slightly ridiculous but will, inevitably, be fawned over, pined for and showered with awards by every glossy car magazine in the world.

It says a lot about what the GT division is doing that not even a pandemic can keep its customers away.

“Maybe it’s a little bit like a YOLO effect – you only live once – and people are keen to reward themselves and buy their dream car a little bit sooner than maybe they planned in life,” said Andreas Preuninger, head of Porsche’s GT division. Its cars met or exceeded their sales targets last year despite the pandemic, he said.

The company invested more money into developing the new GT3 than it has ever before, according to Frank-Steffen Walliser, vice president in charge of sports cars at Porsche. He also said the GT3 was the most complicated new car project ever in terms of meeting all the necessary regulatory requirements.

The problem, in part, was the exotic new 4.0-litre flat-six engine that revs to 9,000 rpm and makes 503 horsepower without the help of turbochargers or a hybrid system. It breathes through six individual throttle bodies. This same engine is used “practically unchanged” in Porsche’s new GT3 Cup racecar, the company claims.

Engines like this are thrilling, but they are becoming an endangered species due to tightening emissions regulations, especially those in Europe.

“It gets tougher with every generation [of GT3],” Walliser said. The development team had to stretch and invest a lot in order make this engine viable, he explained. “You can see it in our competition – the number of big, normally-aspirated engines is extremely low,” he said. Only Ferrari and Lamborghini still make motors like this, and their cars carry price tags two or three times higher than this Porsche.

The six-speed manual gearbox is also an endangered species, but Porsche GT customers demand it. Worldwide, Preuninger said 40 per cent of GT3 buyers choose a manual gearbox over an automatic. In the U.S. and Canada, that number is often even higher.

A large percentage of GT customers do also drive their cars on tracks. For that reason – and for the first time in a roadworthy 911 – the new GT3 uses the double-wishbone front suspension layout from Porsche’s racing machines. It’s said to make the car more agile and predictable.

Porsche has also been proudly touting that the new GT3 lapped the famed Nurburging Nordschleife circuit in Germany 17 seconds faster than its predecessor. Stats like this are the sort of thing Porsche fans will commit to memory. (The new car did the lap in 6 minutes and 59.927 seconds.)

The usual 0-100 km/h benchmark takes the new car 3.4 seconds, which makes it almost slow compared to the latest high-performance electric cars. But it doesn’t matter. The GT division’s sales have been trending upward. There’s a growing number of driving enthusiasts who appreciate the cars Preuninger and his team create because cars like these are becoming very rare.

In the gearhead’s pantheon of “good cars,” the GT3 is one the main pillars along with the Mazda MX-5, BMW M3, Shelby Mustangs, any old Alfa Romeo, and a few others. If sports cars were a religion, these would be apostles.

What Porsche is selling – apart from the fantasy of being a racecar driver – is an old-school, mechanical, analog experience. These cars feel almost transparent. In the driver’s seat, you can feel things like the grip level of the tires and the minute change in balance when you gently add throttle mid-corner. As cars become more aloof and utilitarian, that sort of experience is hard to find. The GT3 is a luxury, the vehicular equivalent of listening to vinyl or using a film camera. It’s expensive and impractical, but people who love it will spend lots of money to get it. 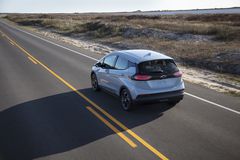 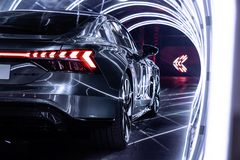 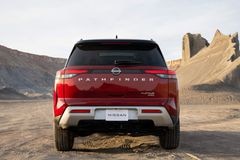