A revamped eight-passenger crossover SUV and mid-sized pickup truck are the latest vehicles to debut from Nissan, and both use dramatic styling updates to signal a new era for the troubled automaker.

For Nissan, which has seen market share slide, every new model rollout is a pivotal one. Yet it’s hard to imagine any that would be bigger than today’s unveiling of two key vehicles – the 2022 Pathfinder SUV and the 2022 Frontier mid-sized pickup.

The Japan-based automaker is scrambling to catch up to competitors after a dismal, COVID-disrupted 2020 sales year. For the fourth quarter of 2020, Nissan was 10th of the 11 major automakers that sell in Canada. Its 20,367 units sold were down from 25,979 the year before, according to the Statistica website. That’s just a little more than one-quarter of the Toyotas sold in the same time period and less than half the number of Hondas sold in this country.

Nissan is well into its tsunami of new models, said Adam Paterson, director of marketing for Nissan Canada. The company has promised 10 new and redesigned model in 20 months, six of which will arrive by the end of this year.

The two models unveiled this week show how determined the company is to address consumer complaints of dated styling, mediocre performance, and troublesome transmissions.

Nissan skipped right over the 2021 model year, labeling the new Pathfinder a 2022 model.

The company is once-again giving the Pathfinder “the gears,” after seven model years of pushing its promising but problem-plagued gearless CVTs (continuously variable transmissions). Nissan claimed it had worked out most of the CVT’s kinks in recent models, but consumers literally were not buying it.

In its place comes an all-new and highly welcome nine-speed automatic. Paired with Nissan’s updated 3.5-litre V6 engine, which produces 284 hp and 259 lb-ft of torque, the Pathfinder has a claimed towing capacity on upgraded models of 2,730 kilograms, just a notch below the category-leading Dodge Durango.

Born 35 years ago as essentially a passenger box on a truck frame, this crossover has evolved from a hard-core off-roader into a civilized, quiet and comfortable urban runabout, and – like its competitors – on a unibody chassis rather than a frame. Canadian Pathfinders come in four trim levels and 4WD format only. Nissan says the 4WD’s “direct coupling” enables immediate take-off in low traction situations. There are seven driving modes for virtually any condition: standard, sport, eco, snow, sand, mud/rut and tow.

The new model seats eight, or seven when equipped with captain’s chairs in the second row, and has a transformed interior.

There is a 23-cm touch-screen infotainment panel, 31-cm digital dashboard and integrated electronic shifter to allow for more storage space. Head-up display is an available option. Nissan says it will have premium materials and even semi-aniline (i.e., natural, lightly pigmented) leather in the Platinum trim model. Laminated glass and more insulation have been added to cut interior noise. Cargo space is a very respectable 470 litres with the rear seats up, and a generous 2,421 litres with the second and third rows down. The wheel wells are wide enough to allow a sheet of plywood to lay flat on the floor.

Handsome exterior styling underscores the Pathfinder’s dramatic transformation. It’s slightly more squared off than the 2020 model, and features C-shaped LED headlights and bold LED taillights. It pays subtle homage to the first Pathfinder, by echoing its trademark three-slot upper grille. For the first time, a two-tone colour scheme is available.

The boldly restyled 2022 Frontier completes a transition to the new model that began in 2020 when Nissan updated the powertrain. In the 2022 version (as with the Pathfinder Nissan also skipped over the 2021 Frontier model year), the 3.8-litre V6 replaces both the former 4.0-litre V6 and the four-cylinder. The manual transmission option is also relegated to the bin of history.

The new engine generates 310 horsepower and 281 lb-ft of torque, giving it a maximum rated towing capacity of 2,944 kg. Mated to the nine-speed transmission introduced in 2020, the Canadian Frontiers come in shift-on-the-fly 4WD configuration only (except for commercial fleets). Hill-start assist and hill descent control are standard in Canada.

Although the powertrain is carried over, Nissan states that 93 per cent of the truck’s parts have been redesigned from the 2020 model. Three trim levels are offered in Canada: the base S, SL and sporty Pro-4X configuration, the largest selling trim level. It throws in some serious off-road cred, such as Bilstein shocks and skid plates, to match its badass looks. Ground clearance has been increased, although Nissan has not yet provided official dimensions.

The Frontier sits on the same 3,200 mm wheelbase and an updated version of the same box steel frame as the previous model, although overall length has grown by a modest 114 mm. Wheels are either 16″ or 17″, depending on the model. “We know it’s right where our customers want us in terms of size,” said Jared Haslam, Nissan’s vice-president of product services and planning.

The Frontier’s styling, shown in company photos, dramatically punctuates a shift to a more aggressive, testosterone-fueled look. Both the front and rear sheet metal is squared off, with headlamps that seem to flow right into the front fenders, and blocky taillamps. The stance is wider and the grille bigger and bolder.

Both king cab and crew cabs are offered in Canada, and the cargo box is available in 5′ and 6′ configurations. The box has LED lighting, rails and hooks for securing loads, 110V outlet and standard spray-on bedliner for protection (in the crew cab model).

Hydraulic body mounts are intended to reduce cabin vibration. Inside, there are colour-keyed handle grips and roomy storage spaces, like four litres in the centre console and 6.5 litres in the front door pockets.

The tech is very much like that found in the Pathfinder, including a 23-cm touch-screen infotainment control, Apple CarPlay (wireless), Android Auto, and NissanConnect services, which include SiriusXM. Nissan’s Safety Shield 360 suite is also standard.

The Frontier is sold almost exclusively in Canada and the U.S. Although another compact – the Navaro – is sold in Mexico and South America, Nissan says they are different vehicles. The Frontier is much more a “lifestyle” truck, while the Navaro is a work vehicle.

Both the Pathfinder and Frontier are to be on sale at Canadian dealerships this summer. Pricing and final details on configurations will be released closer to the sales date.

Base price/As tested: Not yet announced

Base price/As tested: Not yet announced 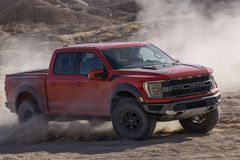 Mini gives the third-generation Cooper a visual refresh for 2021
January 26, 2021 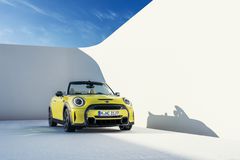 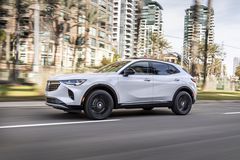