Where the tarmac ends feels like where life begins. Suddenly, what had been a flawed little sports car with an engine lacking in torque becomes as lively and thrilling as any supercar. The Toyota 86 shakes its tail in the corners, skitters along the straights, spins the rear wheels under throttle. It’s double the fun, with half the grip.

Driving on gravel is a lost art, and something of a forgotten delight. When the Trans-Canada Highway was officially opened by then-Prime Minister John Diefenbaker in 1962, fully 3,000 kilometres of it was unpaved gravel and dirt. These days, most Canadians won’t see much gravel outside of a cottage driveway or two.

But up here in Clinton, a village northwest of Kamloops that was settled during British Columbia’s gold rush period, one small company has a saying: “Gravel is the new gold.” The Tutti Gravel Inn organizes European-style cycle touring – complete with a 1977 Fiat 500 chase car – all of it done well off the beaten path.

“I love that it’s wild” says Kelly Servinski, who runs the inn with his wife, Erin Yeo. “There’s no one around on these beautiful switchbacks.”

Roads like these snake through many of Canada’s rural areas; you just have to seek them out. In a world where cars are faster and more isolating than ever with their quiet rides and air conditioning, gravel injects a bit of the adventure back into driving.

“It feels like coming full circle,” Servinski says. “People never used to ride only on tarmac. Being on the gravel is just the way it used to be.”

Certainly, the little 86 feels a lot more lively scrabbling around in the dirt. Pitched against fast-moving highway traffic, it’s buzzy and lacking in low-end punch. Out here, you never want for more power – just for the dirt roads to stretch out a little longer.

“Gravel roads are a gateway to ghost towns and a forgotten past,” says Dave Hord of Classic Car Adventures. “You can feel a little bit like a pioneer, or early explorer, returning to the very earliest days of motoring.”

Hord puts his motors where his mouth is. His classic-car touring company runs budget-friendly events on scenic tarmac roads in B.C. and Ontario, but his annual birthday event features gravel challenges. Dubbed The Rush To Goldbridge, it’s a multi-day event that sees hardy classic-car enthusiasts out in the dirt in their Minis and MGBs. Hord brings his Rally Bug, a 1971 Super Beetle done up like a factory-backed rally racer.

“I think a big part of it is the challenge. Thereʼs no cell coverage, no CAA. It’s not easy,” Hord says. “You have to be sympathetic to the car, aware of your surroundings, and can be rewarded with the accomplishment of making it to the end.”

That sense of adventure is always present when you’re driving a classic car, but there’s still a frisson of excitement driving on gravel in a modern car. In something like the 86 or a Subaru WRX, you feel like you’re driving a car that isn’t at its best unless there’s a loose surface under the wheels. Traction control does a lot of the heavy lifting, and modern reliability makes it likely that you’ll reach your destination, but there’s still something required of the driver.

“Managing what little grip there is, balancing slip angle and thrust, feeling how your inputs influence rather than control the direction of the car, it’s much like when skating or skiing,” says Paul Westwick, organizer of the Pacific Forest Rally, part of the Canadian Rally Championship, for two decades.

Any rally school can help you hone the skills required to drive quickly on gravel, but the basics are pretty straightforward. Be patient on throttle application. Make sure to give yourself more of a safety buffer. Learn to see where the road has the most grip. Loose gravel feels like ball bearings under your tires; hard-packed surfaces provide more traction.

Weight transfer is far more apparent on gravel, so if you slam on the brakes in a corner, your rear wheels are going to come around. In fact, the more you drive on gravel, the better you’ll understand the dynamics of how a car actually gets through a corner. That’s why top-level rally drivers can climb into pretty much anything with wheels and be competitive immediately.

“When you get it just right, it combines the finesse of a ballet with the power of a rocket,” Westwick says of professional rallying, before adding a warning. “Get it wrong and – well, that’s why performance rally requires a roll cage.”

Perhaps not too much enthusiastic driving for the little red Toyota, then, or disengaging its traction control completely. This isn’t a competitive rally, just a drive in search of fun and adventure.

And by downshifting and dipping the car’s nose into a corner with a little extra braking to help the tires bite, I’ve found it – a glimmering nugget of joy panned out of a flowing river of gravel. This is the way driving is supposed to feel: adventurous, a little demanding, a solo flight into the wild.

So loosen your grip on the daily tarmac. Real driving gold is buried out here in the gravel. Come search it out. 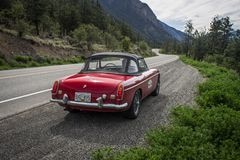 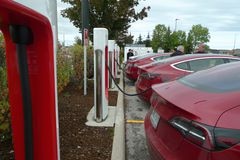