The Acura Design Studio first opened its doors to the media in 2007 – and then promptly shut them. Grand Opening? More like Grand Closing – unless you carry the proper high-level employee access, this 4,600-square-metre building and its high-walled courtyard are a secret, forbidden city within Honda’s American campus. But not on this day.

Today, the doors roll up to reveal a cavernous, largely empty space and a handful of lead designers waiting to pull the covers off for a glimpse what they do. They are eager to show new, cutting-edge tools, digitized dreams of autonomy and electrification, visions of a future where man and machine blend into a sort of Star Trek utopia of efficient personal mobility.

However, if you’re a fan of Acura, or even driving in general, the “what if” portion of what we’re about to see isn’t really what you should be excited about – at least, not quite yet. What matters is that Acura has rediscovered something far more critical: the importance of a human touch.

“Designers?” executive creative director Dave Marek says. “I don’t want to hire a designer. I want to hire somebody who wants to make things.”

Marek is in charge of this place, a sort of fuel-injected Willy Wonka, clad in asymmetrical Doc Martens. He's quick with a quip, quicker with his marker. Sketching out a sleek coupe on a whiteboard, he transforms it to a crossover with subtle shifts to the roofline and wheels. All the angular corporate design elements are there.

But while everyone’s attention is focused on the sleek “precision design concept” that Acura says is the blueprint for the future, former Marek protégé Jon Ikeda (now Acura vice-president) pens a gigantic supercharger erupting from the drawing’s hood. Marek strolls back over and adds quad side-exit exhausts and a spoiler worthy of a Le Mans racer. The result looks like a Hot Wheels, and that’s no coincidence.

Both Marek and Ikeda are alumni of the Art College Center of Design, about an hour’s drive north. Almost all of the Hot Wheels design team are graduates of the Art Center’s transportation program. Other Art Center alumni make up a who’s-who of automotive heavy hitters: Larry Shinoda, creator of the Stingray Corvette and Mustang Boss 302; Chris Bangle, former design chief at BMW; J Mays, who penned the New Beetle, Ford GT and Jaguar F-Type.

Marek teaches regularly at the Art Center, while scouting for talent, and his name and influence have attracted a crack team of lead designers. The assembled cast has such unique personalities, it doesn’t actually seem they should be designing cars. They could be solving crimes every Thursday on prime-time TV.

There’s Violet Park, the Seoul-born materials and finish wunderkind and avid sneaker collector. James Robbins works almost entirely within the virtual world in 3-D modelling, but auto-crossed a Honda CRX in his youth and comes from a family with a heritage of rallying Jaguars around the Scottish highlands. Matthew Mantz, lead clay modeller, tended horses and pigs on his family farm in Northern California, and now collects Honda dirt bikes.

Interior lead designer Simon Yu is a proud father of two, but also an unrepentant fan of 1980s science-fiction anime such as Robotech and Akira. Principal colour designer Gypsy Modina blossomed with Detroit’s cultural renaissance, ventures as far away as Africa to find texture and tension in morning fog rolling into lowland valleys, yet can find inspiration in a lowly copper pot scrubber. Exterior lead Randall Smock grew up with a father in automotive wholesale who brought a different car home every day; he still talks fondly of the first Corvette he rode in, and when he joined Honda in 2001, most of his downtime was spent at the track in a silver S2000.

Then there’s Shaun Westbrook, lead designer on Acura’s human-machine-interface (HMI) system. Holding several technology patents, with a background in app design, creative advertising and brain-computer interfaces, you might expect Westbrook to be an egghead’s egghead. Instead, he bears more than a passing resemblance to Keanu Reeves, and recently bought a second-generation Dodge Viper in which he learned to drive manual transmission.

Meeting creative people such as these is a reminder that Honda is a company founded by a renegade. Soichiro Honda was a relentless, restless innovator, and the best machines that his company produced have a little of that same unique spirit in them.

Yet modern manufacturing is ordinarily a negotiation process between the irresistible force of design and the immovable object of engineering. Ordinarily, much of the creative side is lost to endless committees and practical demands. Where Acura seems to be succeeding is by finding ways to preserve the passion.

The Design Studio isn’t some closed-off ivory tower producing sketches of the impossible; it’s a place where the production side is invited in. Conversations happen – engineers are asked to take part in the challenge. Right brain and left brain end up working together. As a result, designers aren’t asked to toe some corporate line.

“Why would you hire someone if you’re not going to use their talent?” Marek asks.

While Acura proudly points to its NSX as the company’s flagship, its the RDX that’s more important. Every one of the lead designers mentioned above has their fingerprints all over this crossover. They’re collectively proud of it, and prouder still that the public is responding: The RDX is a solid mainstay in the Canadian market, and sales are up better than 30 per cent year-to-date in the United States.

It takes about five years to develop a car from sketch to concept, and the next Acura to come out of this studio is planned for the Pebble Beach Concours event in August. Acura is saying it’ll be based on cues from their precision design concept, which is pushing speculation that a large, luxury-oriented sedan might be on the way.

But I don’t think so. When the doors opened up at the design centre, a few hints leaked out too. Acura is building cars fuelled by people and their passions again. So think precision. Think accessible performance. A vehicle that embodies the spirit of the beloved Integra may be on the way.

Car Review
Review: Porsche gets everything right in the 911 Cabriolet’s redesign
March 13, 2019 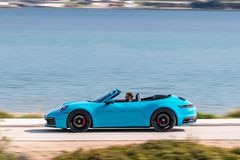 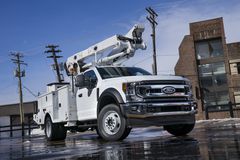