This year, Honda is loudly celebrating its 50th anniversary in Canada. As a nation, we love the brand. The Civic has been the bestselling car in Canada for more than a decade and the Honda factory in Alliston, Ont., has been in operation since 1986. There’s just one little problem. Like many middle-aged people, Honda is fibbing about its age.

Honda’s Canadian automotive story doesn’t start in 1969; it starts here, with Mike Gane’s 1966 S600 convertible. With a production date in the fall of 1965, this tiny car puts a few more candles on Honda’s birthday cake. It’s a sprightly little jewel of a machine and it also represents an oft-forgotten piece of Canadian automotive history: Canadians got Honda cars long before the Americans did.

To put a finer point on it, Honda is actually in its early 60s. The first Honda motorcycles arrived in Vancouver in 1957, at the Trev Deeley Motorcycles dealership. Established in 1914, Deeley is also Canada’s oldest Harley-Davidson dealership and was Honda’s first toehold in North America.

Honda is unique among Japanese manufacturers in that it is an entirely postwar company. Founder Soichiro Honda’s first efforts involved rejigging British military radio generators to power bicycles. Motorcycles were close behind. By 1964, Honda was the largest motorcycle manufacturer in the world and also produced two vehicles in the Japanese home market – the T360 pickup truck and the S500 roadster. The latter was Honda’s first mass-market car and was followed by the S600.

How the first S600 arrived in Canada is a matter of some debate. One story says that Trev Deeley’s daughter saw it on a trip to Japan, and the dealer imported one for her. Another source says that the first six S600s were brought to Toronto in May of 1965. Whatever the case, by the fall of 1965, Canadians in Vancouver, Saskatchewan and Ontario could go down to their local Honda motorcycle dealer and buy an S600 convertible or, a bit later, a hardtop coupe. They would be getting something very special.

“It’s not perfect,” Gane says of his little red droptop. “I figure, what’s the point of owning a car if you don’t drive it?”

On the last point, he’s absolutely right. On the first point, he’s dead wrong. This is as close to perfection as you can get in a car. The S600 starts instantly, flicking to life without cranking over even once. The ignition is like an on switch for the 600cc four-cylinder engine. Everything else about the car is flawless, too, with no slop in the steering, a taut suspension and a well-cared-for cabin. This is a 54-year-old car and it feels like it left the factory floor yesterday.

From the driver’s seat, the S600 has a vague whiff of MG Midget or the Austin-Healey Sprite. However, there are a few clues that this car isn’t British. The first is that it actually starts every time. The second is the redline on the tachometer – 10,000 rpm!

On a quiet country road, trailed by Gane’s S2000 roadster, the S600 leaps ahead as the revs climb. Its engine is as complicated as a Swiss watch, with four Keihin carburetors and pistons the size of coffee pods. Total output is a hair below 60 hp, and the car weighs a feathery 700 kilograms. It absolutely screams, yet is friendly and easy to drive.

Other 1960s cars, even sports cars, feel leaden compared with this frothy little half-motorcycle machine. Body roll is non-existent, the steering is quick, lively and accurate, and there’s something completely nuts about hitting 5,000 rpm and still having half the tachometer left to rev.

After bombing around the backroads, we stop off at Dave Libb’s workshop. Libb spotted Gane’s machine when he moved to the area, and it triggered memories of a youth spent careening around in an S600 coupe in the 1970s. He rolls up the doors of his four-bay garage to show a half-dozen early Hondas as well as a 1966 S600 coupe on a rotisserie. The shelves are stacked with parts.

Not many people know what the S600 is, but those who do love it. There may not be many running examples left on the road, but enthusiasts such as Gane and Libb are preserving a piece of Canadian history. We should thank them.

For most people, the Honda story begins with the first Honda Civic, a fuel-efficient and fun little runabout that landed at exactly the right time. Or perhaps you have fond memories of one of Honda’s joyful little motorcycles – such as the 100cc Super Cub, affordable wheeled freedom engineered to go the distance.

These days, Honda builds everything from a pickup truck to a private jet. The CR-V is a favourite among families. The Civic Type R beats the pants off pretty much every other hot hatchback out there. The NSX is a hybrid that can hang with McLarens at the racetrack.

Certainly, Honda has come a long way, and its birthday is worth celebrating. But let’s get that birthday right. Canadian Honda Motor Co.’s corporate story began in 1969. Canada’s love affair with Honda goes a little further back. 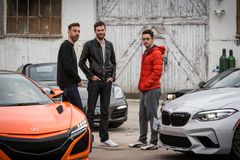 A repair shop that specializes in the DeLorean: ‘We left logic behind a long time ago’
May 30, 2019 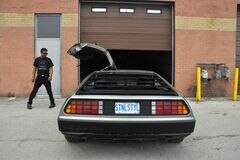 The Classical Gas Museum admires the artistry of a bygone era
September 3, 2018 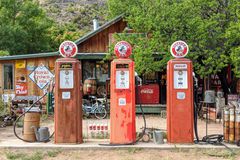