It is one of the most well-recognized nameplates in automotive history. It has tramped through jungles, roared across sand dunes, and crossed frozen and broken tundra. This week, Toyota released the newest update to its near-legendary Land Cruiser, and the truck is more capable than ever. Here’s why your chances of getting one are slim.

Land Cruiser history stretches all the way back to WWII. Its roots can be found in an American military Jeep, captured in the Japanese invasion of the Philippines, and sent back to Japan to be studied and copied. In the postwar period, American occupying forces used Japanese bases to supply troops fighting in the Korean War. They tasked Toyota with building a capable utility vehicle.

In July of 1951, test driver Ichiro Taira pointed the nose of what was then known as the Toyota “Jeep” BJ at the slopes of Mount Fuji. He made it to the sixth of ten checkpoints, the highest a motor vehicle had ever ascended Japan’s sacred mountain. The simple and durable BJ made just 75 hp from its 3.4L inline-six, but it had proved its off-road capability.

However, the Toyota “Jeep” was mostly a spine-fracturing workhorse, not fit for civilian consumption. Early models were used as fire trucks and patrol vehicles, but were far too basic for everyday. Yet, military surplus Jeeps were very popular with farmers in the US and U.K., to the point that British Leyland had invented the boxy and simple Land Rover in the late 1940s.

In 1954, Toyota renamed their “Jeep” the Land Cruiser. It was a move intended to give the little truck some of the same cachet as the already popular Land Rover. Why rove when you could cruise? In 1958, Toyota arrived in the US and began selling passenger vehicles. They sold exactly one lonely Land Cruiser.

Nonetheless it was a start. By the time the fourth generation of Land Cruisers arrived, known as the FJ40, Toyota’s truck had a reputation for near-indestructability. The inline-six now made 125 hp and 200 lb-ft of torque, more than enough for crawling up mountains in low range. Between 1960 and 1965, the Land Cruiser was the best-selling Toyota in North America.

As of 2019, Toyota has sold more than ten million Land Cruisers around the world. Care to visit some of the ancient sites of the Middle East? A Land Cruiser will take you out into the sands. Planning a post-pandemic trip to Iceland? You can rent a balloon-tired Land Cruiser there, one capable of reaching any geothermal hot spring.

In short, the Toyota Land Cruiser is the preferred means for getting to some of the most inhospitable places in the world. And, given that Canada has plenty of challenging and beautiful terrain to see, you have to wonder why Toyota hasn’t sold the Land Cruiser here in decades.

But they do! Sort of. Companies like ENS Industrial in Saskatchewan sell modified versions of the Land Cruiser, and not the latest one either. Vehicles like the tough-looking Hard Rock are based on the 70-series Land Cruiser of the 1980s. Often heavily modified, these trucks are used in mining operations, where they shrug off considerable abuse.

It’s almost impossible to overstate the durability and flexibility of the 70-series Land Cruiser. The truck even has a war named after it: the Harb Tūtūya, or Great Toyota War. Rebels in Chad used Land Cruisers and Hilux pickup trucks to throw the technologically superior Libyan invaders out on their ears. It was a crushing defeat, with Land Cruisers mounting anti-tank weapons rolling right over the opposition.

In terms of civilian applications, the Land Cruiser stopped being sold in Canada in 1996. Again, sort of. The Land Cruiser was an expensive proposition in the mid-1990s, so Toyota simply enhanced the luxury options and sold it as a Lexus instead. Land Cruisers were still sold in the US, but the only way to get a Canadian version was to buy an LX, or the smaller GX.

The just-announced Land Cruiser sounds like a desirable machine for off-roading enthusiasts. It has a choice of engines, including a 3.5L twin-turbo V6 that makes 409 hp and 479 lb-ft of torque. It now has a more modern interior, with expected on-board technology upgrades, yet still weighs 135 kg less than the old version.

This time, Toyota’s not bringing the Land Cruiser to either Canada or the US. Instead, the unconfirmed rumour is that this new eight-generation machine will underpin the next Lexus LS. It’s worth noting that, south of the border, the last 2020 Land Cruisers were selling for nearly $90,000 US. A 2021 Lexus LX570 will set you back $112,900 to start.

Six figure price tags and opulent interiors seem a far cry from the Jeeplike machine that once chugged up Mount Fuji. But then again, the modern Land Rover Defender is a luxury machine that’s little like its agricultural ancestor. People still want to buy highly-capable off-roaders, but they also want to ride in comfort. At least with the Lexus, you’re assured of a rock-solid resale value.

If you’re a Canadian who likes the idea of a new Land Cruiser, but weren’t willing to spend as much money as the LX570 costs, then I’m afraid you’re out of luck. Toyota has decided that the full-size Land Cruiser will be sold around the globe, but not here. Instead, they’ll direct you to something like the Sequoia, which is based on the Tundra.

However, if you want something that has the scrappy spirit of the likes of the FJ40, I’d suggest something that is not new in any way at all: the 4Runner. One of the oldest designs in Toyota’s portfolio, the 4Runner still has throwbacks like a five-speed automatic transmission, and a relatively thirsty 4.0L V6.

It’s very basic. It’s very capable. It drives with none of the aplomb of a car-like crossover, but that’s fun. In terms of holding resale value, it might as well be a Monet. It’s a great truck. It’s not a Land Cruiser.

Sadly, the new Land Cruiser won’t be available in Canada, but we’ll likely get a fancy version with a different name. And true, Toyota wouldn’t sell many Land Cruisers if they did bring it here. Still, it’d be nice for Canadians to have the choice. 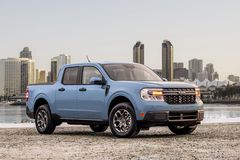 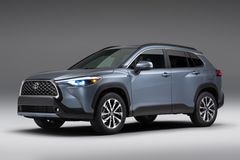 BMW beginning second phase of its move towards e-mobility
June 1, 2021 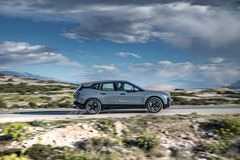