Our
favourite
cars
of the
year

How many new models of cars launch every year? More than we can count. That’s why we’re starting our annual list of our favourite cars of the year. These are the 2019 cars that have surprised, delighted and captured our imaginations. Some of them we’ve driven, some of them we haven’t. All of them, however, deserve a second look. 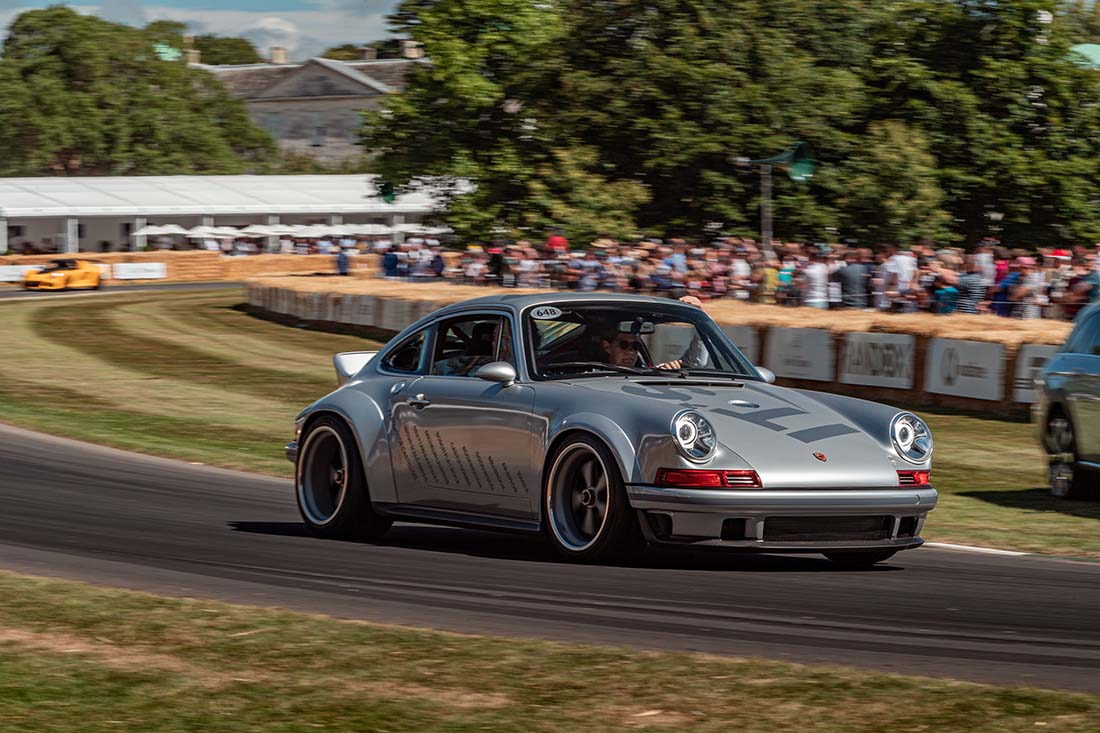 This car isn’t new — technically it’s a 1990 Porsche 911 — but it could teach modern sports cars some tough lessons. Porsche restoration specialists Singer Vehicle Design partnered with Williams Advanced Engineering in the UK to create this, the ultimate money-no-object vintage 911. They have reworked everything: suspension, aerodynamics, interior and engine. The 4.0-litre, 500 hp, air-cooled marvel revs to over 9,000 rpm and sucks in oxygen through a pair of carbon trumpets just behind the driver’s head. The whole car weighs less than 1,000 kg. The first of 75 customer cars are rumoured to be completed late this year. At US$1.8 million, it’s more like a dream than a real thing, but it’s a useful reminder that sports cars are infinitely better when pared to the bone. Other cars deserving honorable mentions this year are the Polestar 1, BMW M2 Competition, Audi RS6, Porsche 718 Spyder, and Peugeot’s lovely e-Legend concept.

In a market where large SUVs are king, I can’t resist the urge to go small. Smaller cars are perfect for city driving. They’re often zippy and fun to drive, and I never have to worry about whether I’ll fit into a parallel parking space. Alas, the people have spoken. Tiny cars just aren’t what we want.

It’s why I’ll have to be content with admiring concept tiny cars that will ultimately be destined for other markets. I encourage everyone to give the Mitsubishi Super Height K-Wagon a second look. Revealed at this year’s Tokyo Motor Show, this clever and cute concept shows how a vehicle can be both small and a SUV at the same time. The interior looks plush and luxurious. Passenger space is maximized with families in mind. Maybe most importantly - it hints at the kind of future I could imagine myself living in. 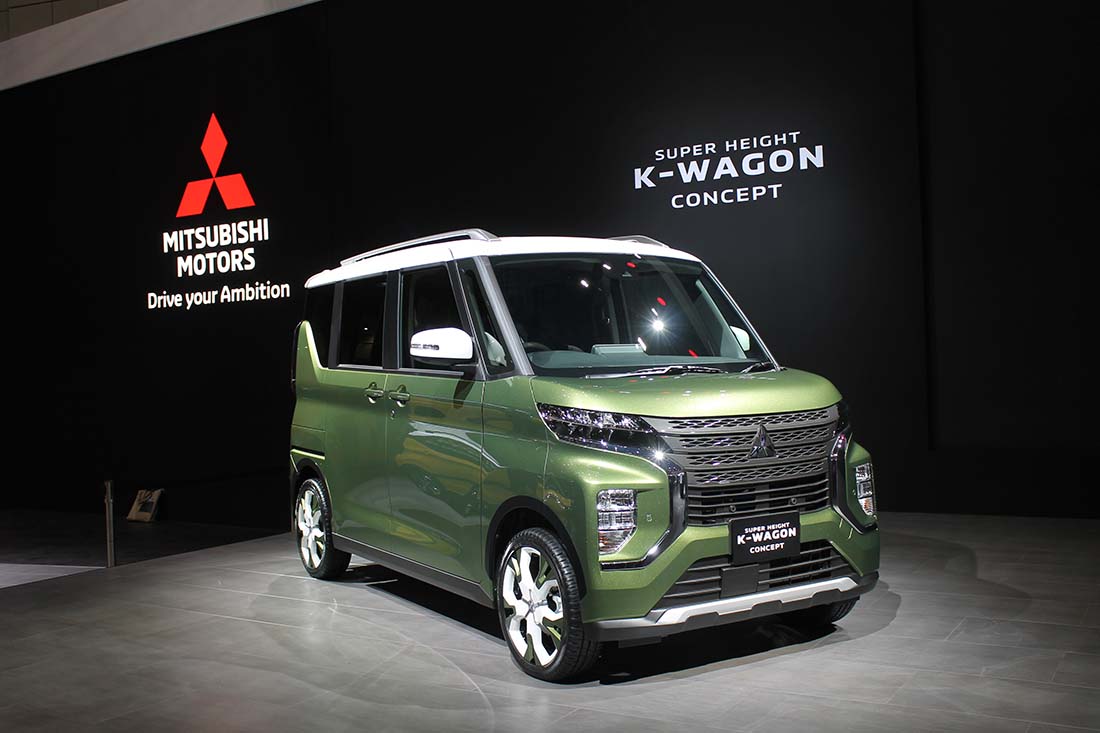 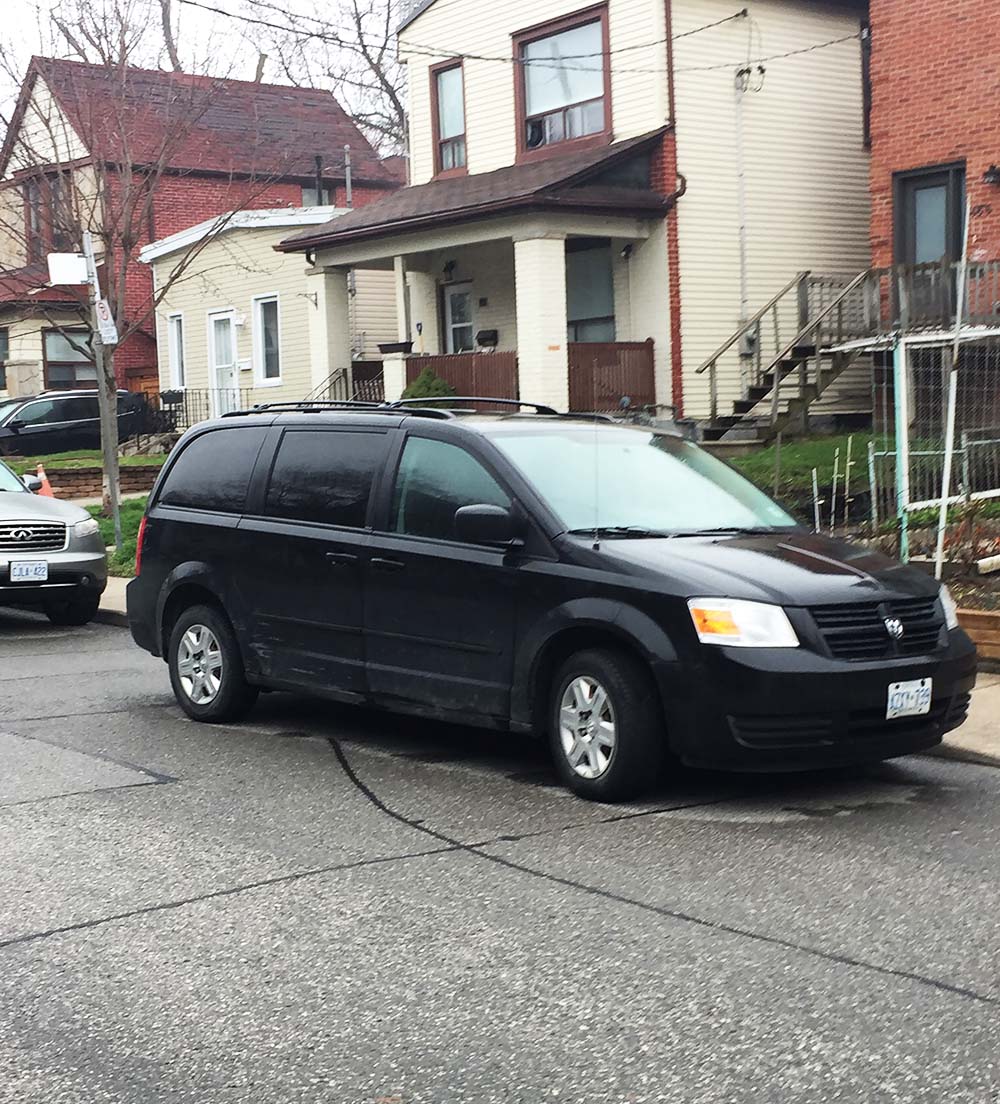 My much-maligned 2010 Dodge Grand Caravan - also known as “the anti-Porsche”- is my car of the year. Sure, my new 2019 Mini Cooper S Countryman ALL4 has the looks – but my minivan has the memories, such as a two-day drive in August from North Carolina to Toronto without air conditioning. The most mortifying? My three-year-old son locking himself in the Grand Caravan while the engine was running. It took fifteen minutes to instruct him how to unlock the door through mime and desperate exhortations. For every one low there were ten highs. Forget SUVS. There is no better vehicle for a young family than a minivan. That’s why I’m going to donate the anti-Porsche to The Kidney Foundation of Canada’s “Kidney Car Program” which will auction off the minivan and use the proceeds to fund educational programs, organ donation awareness and medical research. One more good memory to add to the collection.

If you’re tired of the autonomy lobotomy, you’re ready for a BMW Z4 M40i. Drop your top and leave it down all Sunday. This beautifully proportioned two-seat convertible roadster will let you blast your worries (and your hairpiece) away at every hairpin turn. It is propelled by a 3.0 turbo six which sends 382 horsepower through an eight-speed paddle-shifted automatic. That’s Cobra-like horsepower in a roadster that threads through corners with total composure, thanks to near-perfect 50/50 weight distribution and a chassis more rigid than a Latin teacher’s grammar rules. It’s like a dolled-up Miata on steroids. The matte grey metallic paint is stunning on the outside, and supple leather luxurious on the inside. Its high-tech iDrive system adapts to your own peculiarities at the wheel, making even mediocre drivers feeling like rock stars. Could it be the perfect roadster? 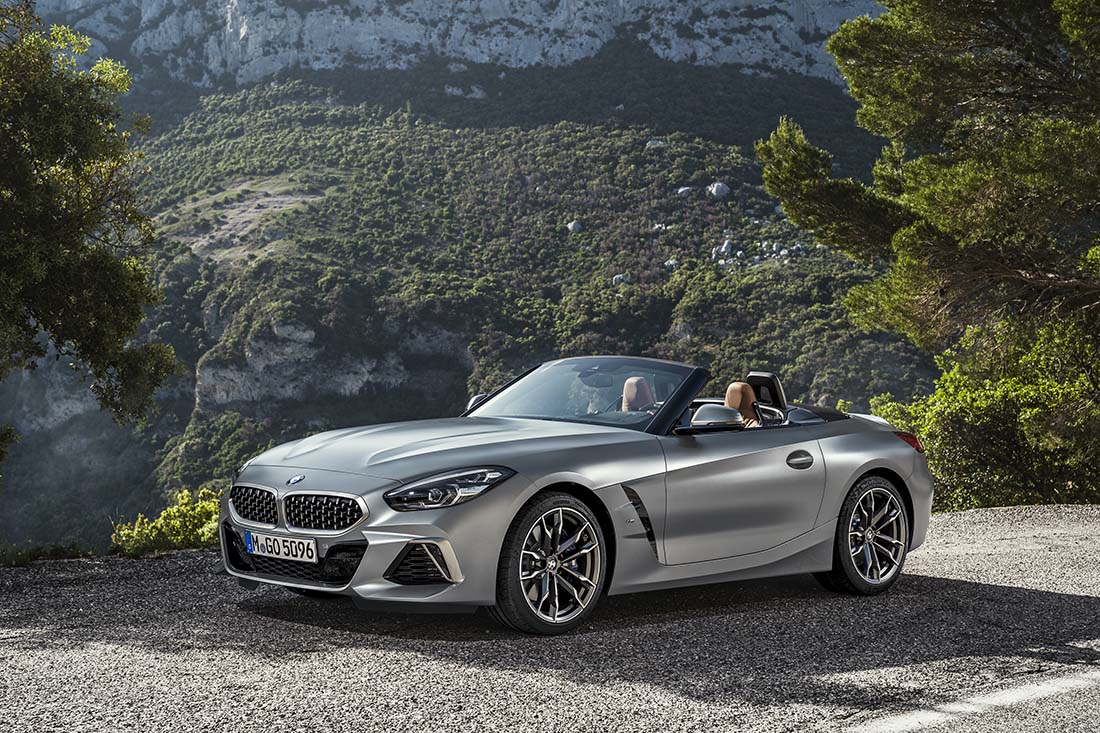 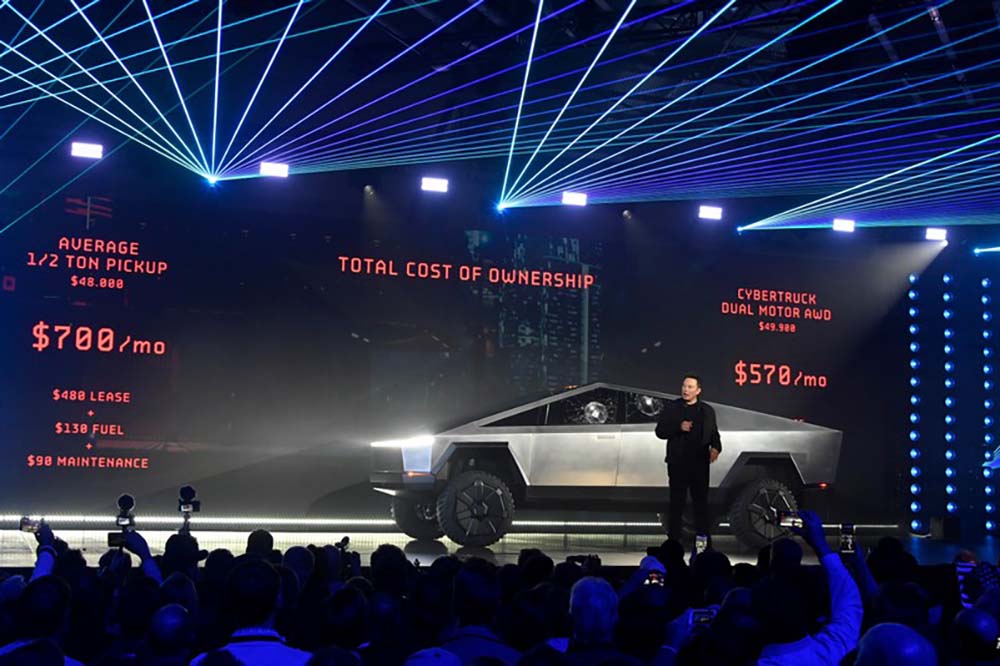 Tesla’s Cybertruck tops my list as this year’s best unveiling. Not because of the truck, but because I was one of the privileged few inside Tesla’s Design Centre in Hawthorne, CA. My media credentials didn’t get me in – in fact, I was denied entry with CBC TV. As luck would have it, my paths would cross with an old friend who received tickets from Tesla’s chief designer Franz von Holzhausen. I’d be his “+1” and, I believe, the only Canadian reporter inside.

The vibe was electric – like a rock concert overflowing with tech-savvy millennials. Even von Holzhausen shattering the “bulletproof” glass windows didn’t hamper the mood. Twitter exploded with harsh criticism, but inside it was a different story. Musk could do no wrong. He has succeeded where others have failed, getting young millennials excited about trucks. More than 250,000 preorders and counting, to date. That’s historic.

For all their failings and flaws, cars remain uniquely capable of powering all sorts of adventures. From that perspective, 2019 was another memorable year for me. Driving the Porsche Taycan Turbo S was an exciting and technologically fascinating experience. Ditto for racing the Jaguar I-PACE eTrophy, the world’s first production-based EV racecar, in Brooklyn this past summer. But I’ll reserve this space for another undeniably epic experience: driving the McLaren 600LT Spider on the famous Goodwood Hillclimb during this year’s Festival of Speed. With an exceedingly brave race instructor named Mitch Hale riding shotgun, we rocketed off the start line and hurtled up the 1.86-km course past thousands of motorsport fans. Nine corners and 60 seconds later, the entire experience was over—yes, the time really flew—but it’s one that will remain fixed in my mind for years to come. 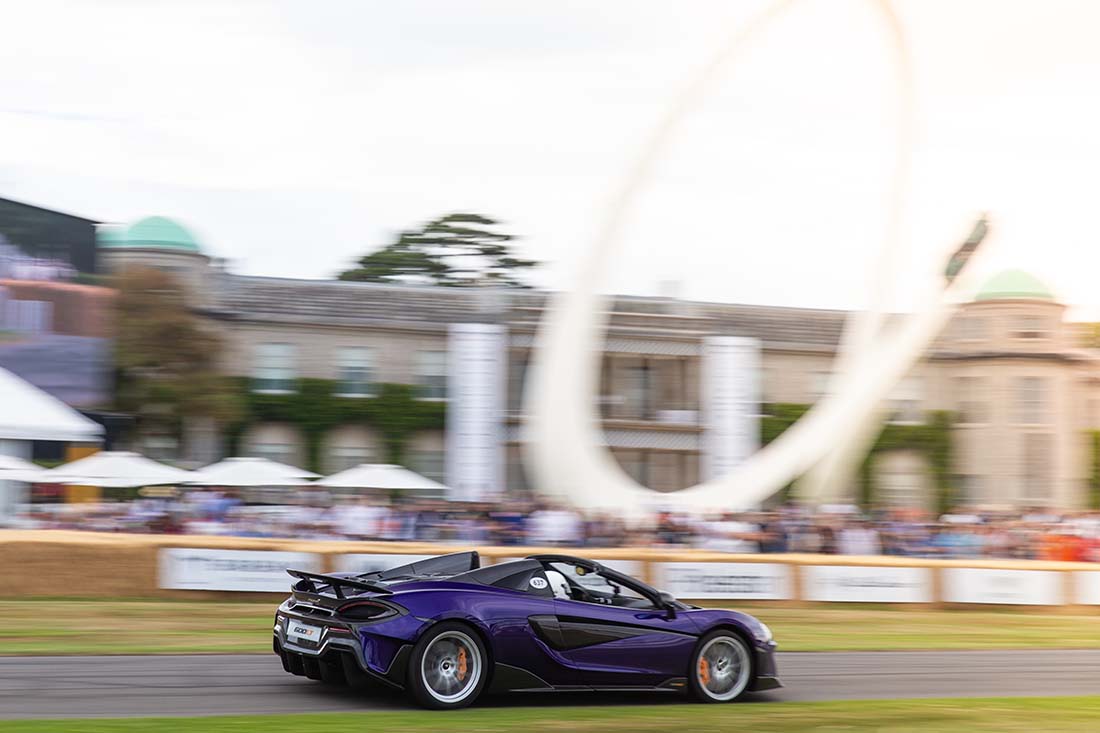 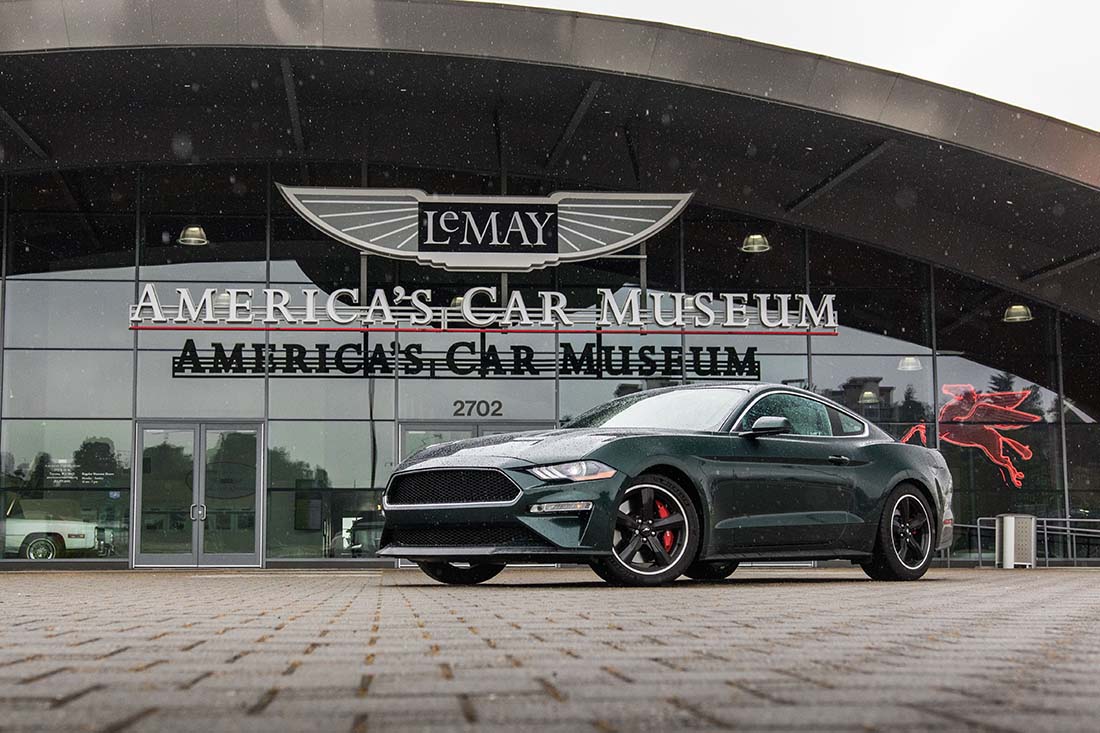 High up the Cascade mountains of Washington state, I glanced in the rearview at my two co-conspirators. Ahead, a passing lane beckoned.

Foot down. Rocket forward. V8 thunder. Peals of laughter from the back seat.

I drove a lot of fun stuff this year, but a great deal of the driving was done solo. Not so with the Ford Mustang Bullitt, which I drove down to Tacoma with my two young daughters. We saw the original Bullitt of movie fame at a museum in Tacoma, then took the big green monster through the passes, and camping in the interior. It felt pretty special, not least because we were sharing the experience. Childhood is fleeting. Memories like these last.

A car has to be more than just comfortable transportation to be a favourite. It also needs something more than just being fun to drive, or good looking, or reliable. It has to have something extra.

For me, that was the 60th anniversary edition of the Mini Cooper, which I drove this summer in the U.K. It’s an emotional car for many people even without being a special edition, because it brings back all kinds of memories of the original, squeezing the Beatles and British royalty into the tiny cabin.

I drove my aunt in it to lunch at her local pub and for her, it was as if my Uncle Bill was still alive with us, hunched over the wheel. It was my favourite of the year, but her favourite of the decade. 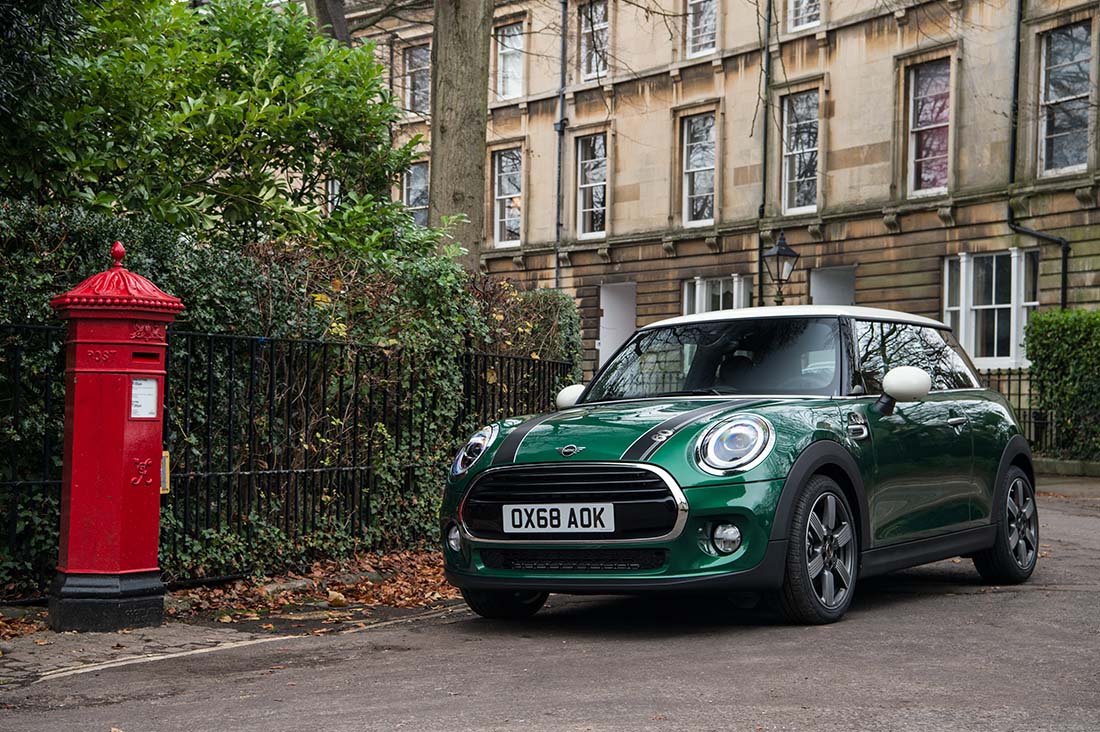 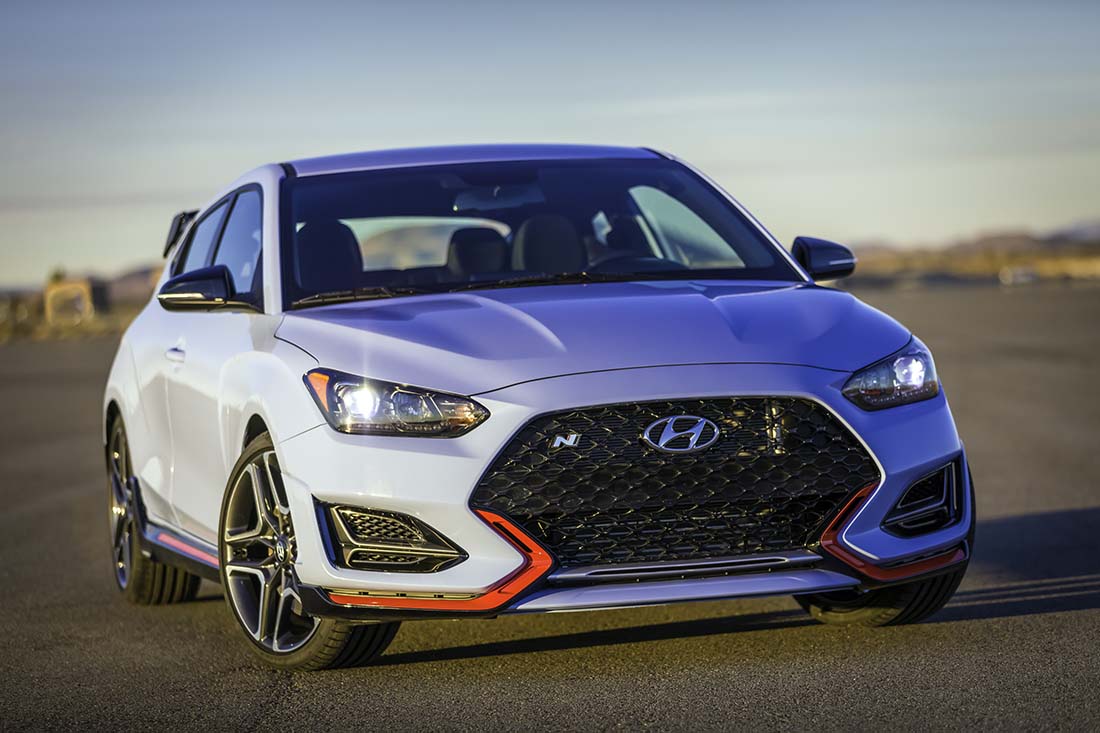 A passing nod here to the 2020 BMW M340i. In this form the 3 Series finally revives BMW’s steering mojo (I’m really, really picky about steering) to partner with the straight-six engine that was never less than sublime and is now even more so. But the 3 Series no longer offers a manual gearbox, and that I cannot forgive. Instead, my heart goes to a pocket-size Hyundai that comes only with a stick -- and with steering even more perfect than the M340i’s. The radicalised N version of Veloster also inspires joy with neutral handling, stunning grip, and a sweet turbo 2-litre that thrives on revs yet is so tractable you can accelerate from rest in second gear and then pop straight into sixth. All this in a tiny-footprint body that conjures my beloved old Honda CRX, except with room for four adults.

I was going to say the Mustang Mach-E, Ford’s all-electric CUV announced in L.A. last month. It’s part of a move to make EVs more appealing to the masses — and, going by sales of gas cars, the masses like good-looking utes with plenty of pep. But, for me, the car that really stood out this year was Hyundai’s hydrogen-powered Nexo. The first eight came to Canada in the spring — and if you’re in Vancouver, there are two you can drive through a car-sharing co-op for $6 to $10 an hour. It’s nearly silent, roomy, comfortable, and, shockingly, feels like a gas-powered luxury SUV. The biggest advantage over a battery-electric vehicle? You can fill it up in three minutes and you get nearly 600 km of range. The biggest disadvantage? There are only three stations where you can fill it up in the whole country, although there are plans to add five more in B.C. in 2020. 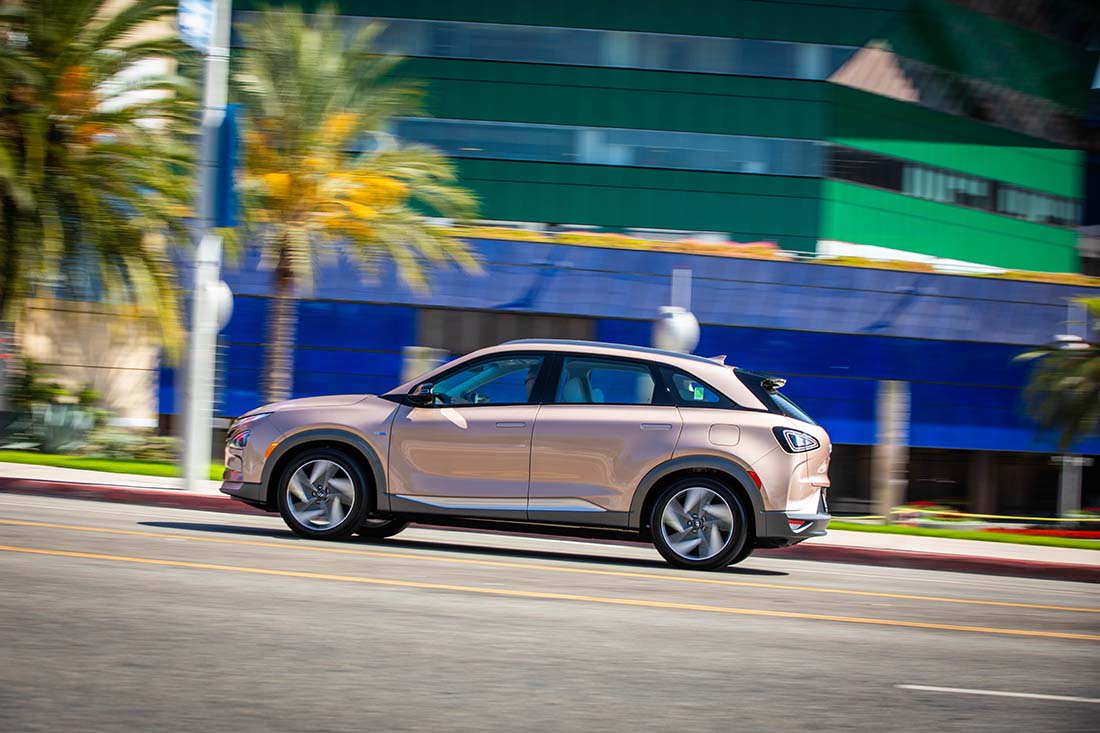