Are we edging toward a consolidation of design, where there will no longer be Italian flair or American muscle? Or is the only hope to find something unique in every model and exploit it for all it’s worth?

At the New York International Auto Show, which continues through Sunday, one of the stars is the Genesis Essentia concept, a futuristic all-electric sports coupe made by Hyundai’s luxury brand. There is nothing whatsoever about the car that says “Hyundai” or “Korea” – instead, it “integrates athletic elegance and Genesis DNA as defining parameters,” says executive vice-president Luc Donckerwolke, head of Genesis Design.

The Essentia has a transparent hood to show off its carbon-fibre chassis and pushrod suspension, matched to a low and sleek roofline. The parabolic line that runs down the side is more Ferrari than Hyundai. “The search for dynamic proportions was contrasted with advanced aerodynamic flows to highlight the bionic combination of performance and aesthetics,” Donckerwolke says in design-speak. “Essentia embodies the genetic elements of the Genesis design.”

Honda is showing off its new hybrid Insight, but the Japanese auto maker is staying cautious. The production sedan is virtually identical to the concept shown at Detroit, where it weathered the criticism of public opinion and, since it is a car that will be sold around the world, must appeal to a wide international audience. The new Insight has a “flying wing” grille that’s become a signature style as bold as Honda dares, with a low, wide stance and sweeping coupe roofline, like seemingly everything else at any auto show.

The design of a car can make or break a company, which is why concepts are introduced and discarded until the maker feels it’s got the combination right. These days, the inspiration for any vehicle’s design can come from anywhere in the world.

For example, Toyota recently introduced the TJ Cruiser – a concept SUV that looks like a mix of Jeep and Hummer with a little bit of Toyota’s FJ Cruiser for good measure.

“We wanted to create something sturdy and powerful, so it ended up looking like an American car,” said its designer, Hirokazu Ikuma, an assistant manager in Toyota’s global design planning division.

“If it was a Japanese car, the bodyline would be different, with more curves and more ridges. It has a very big 3-D structure, which is typical of an American car. There’s no decision to sell this car, but as a concept, it can be accepted anywhere in the world.”

Ikuma studied automotive design at the Toyota’s Calty design centre in California, and he’s one of the growing number of car creators who take inspiration from experiences in different countries to produce a truly global product.

“There is a unique feature about Japanese designers,” he explained. “I think we’re very particular about finishing the very small details, whereas American or European designers are very good at coming up with grand themes. We’re always trying to learn from them, so we can also come up with big, grand design themes.”

There’s probably no car more American than the Ford Mustang, but the generation that was introduced in 2015 was specifically redesigned for a global market. The Mustang was never sold in any quantity outside of North America and its designers had to produce a car that looked American but had international appeal. And then last year, with the latest “refreshing” of its design, they had to do it all over again.

Just as Canada requires daytime running lights and metric gauges, so different parts of the world need some different touches. Europe didn’t get hood vents on its Mustangs because they didn’t meet pedestrian protection requirements, “so we spent time on the placement of the vents, and deciding how to do the hood, and what was underneath it, to meet those requirements,” says Carl Widmann, Mustang’s new chief engineer.

“The design has to be authentic to what a Mustang is, but then the engineering requirement, if it’s to be global, is more about how we interpret that to actually execute it.”

The Europeans criticized the 2015 Mustang’s overall quality, so Widmann’s team worked hard to make improvements that wouldn’t cost too much extra money. The chrome now has a satin finish, for example, to better suit European tastes.

“It has this very refined look to it, but you can’t put your finger on it, that it’s one single thing,” he says. “There’s probably 50 different things that we’ve done, but just in very small ways.”

Even so, there had to be compromise. The amber turn signals must be clear in Europe because that sells better. “They don’t like amber in the front of the car,” Widmann says. “For whatever reason, they hate amber.”

It is more important for a vehicle to represent its brand than its country of origin or final sale, and so small changes like these are acceptable, says Porsche’s head of design, Michael Mauer – but only if they’re truly small.

“At Porsche, we don’t do special country versions, because we believe one of the reasons our cars are bought abroad – in Canada or the U.S. or wherever – is due to the fact that it’s a German product,” he says. “As a customer, you don’t buy just the product – you buy the brand and what it stands for.”

Mauer says the traditional stages of design are quite different between Germany and Japan. He remembers giving a lecture in Tokyo when he worked for Mercedes: “I explained that, in Germany, we have a more evolutionary approach. You have a predecessor, and then you try to further develop it. You always have to make sure that the new product is recognized at first glance as a product of that brand, but still is perceived as a new product.

Like almost every other auto maker now, the Porsche design team is completely international but works within the constraints of the brand’s identity. So, no, there is no consolidation of design coming among manufacturers, but there is a consolidation of branding.

“I see the future as being more free for design,” says Aaron Stich, the creative designer for Buick’s interiors. “As we go forward, General Motors is keeping to more of a global portfolio. There are some trim-level differences, but we’re generally making the same cars around the world. But design is the challenge of taking technology and making it work. There will always be new ways to meet that challenge.” 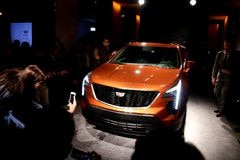 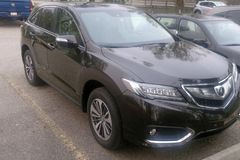 Toyota unveils customizable self-driving concept vehicles at CES
January 9, 2018
Follow us on Twitter @globeandmail Opens in a new window
Report an error Editorial code of conduct
Due to technical reasons, we have temporarily removed commenting from our articles. We hope to have this fixed soon. Thank you for your patience. If you are looking to give feedback on our new site, please send it along to feedback@globeandmail.com. If you want to write a letter to the editor, please forward to letters@globeandmail.com.
Comments are closed