Lexus wants you to know this isn’t your grandfather’s ES – but they’re hoping he’ll buy one, too. To attract new buyers for the seventh-generation of the luxury sedan, which launched the brand 30 years ago, Lexus needed to make a dramatic change both to its conservative looks and driving dynamics.

It’s 6.5 centimetres longer and 4.5 centimetres wider, the doors now taper in and the hourglass-shaped grille is adopted from the Lexus LC coupe. To compete against Audi, Mercedes and BMW, Lexus said it also had to look at performance – despite outgoing sedan’s quietness and ride comfort, critics complained it lacked connection to the road.

“When you drive the new [2019] ES, there’s more road-feel,” Jennifer Barron, director of Lexus Canada, said at an event to introduce the remodelled ES. “ The quietness is still there – that’s a basic necessity.”

Lexus revealed the ES 350 and ES 350 F Sport in Los Angeles at the same time the sedan was being presented across the Pacific Ocean at the Beijing Motor Show. The United States is the No. 1 market for Lexus sales, China second, Japan third and Canada fourth.

The ES 350 uses the same naturally aspirated, 302-horsepower, 3.5-litre V-6 as the 2018 Camry. That’s up 34 hp over the present engine. It’s paired with an eight-speed automatic transmission.

The ES 350 will also get an F Sport model – its first. While the engine and transmission are the same, the sportier trim gets 19-inch wheels and adaptive variable suspension. That suspension, also used in the LC coupe, is adjusted for comfort in normal driving and agility in the curves, the company said.

There will also be a new hybrid ES 300h, which uses Toyota’s fourth-generation hybrid drive system with a 2.5-litre, Atkinson cycle four-cylinder and an electric motor. Projected fuel efficiency is 5.3 litres/100 km combined, city and highway.

Inside, an optional 12.3-inch screen is paired to Lexus’s trackpad-based infotainment system; there’s no touch screen. One big change: It’s the first Lexus to offer Apple CarPlay. Amazon’s Alexa is installed in the U.S. model; no word on whether Canada will see it.

Lexus said the back seat will have more leg room than its $102,000 flagship LS.

“Because of the radical change in the body design, we’re hoping to attract a new buyer to the brand,” said Barron. “Buyers in their 40s and 50s who are moving into a luxury brand, that’s an area of opportunity for us – but we’re hoping we can retain the 60-year-old-plus who’s in the ES now and wants to try a new one.”

Sales of the front-wheel-drive ES have declined in Canada since the sixth generation launched — from 3,096 in 2013 to 1,892 last year. Last year, the smaller Lexus IS, which comes in rear-wheel and all-wheel drive, sold 3,221, up from the year before.

Still, in addition to luring move-up drivers from a Camry or an Accord, Lexus intends for the renewed ES to compete for buyers against Acura, Infiniti, Lincoln, Volvo and German makers — without alienating loyalists who value comfort and quiet.

“You’re not going to see a breakthrough in volume with the ES, simply because Lexus offers two entrants in the segment (the ES and the IS),” said Robert Karwel, senior manager, J.D Power information network. “Both compete to some extent with each other for the remaining buyers in the segment who have not transitioned to an SUV.”

The outgoing 2018 version starts at $43,950. Pricing for the 2019 model will be announced closer to the autumn when the sedan is expected in showrooms.

After almost 30 years, the Lexus brand is a quiet success
December 6, 2017 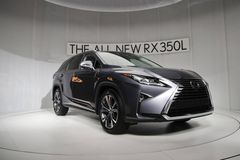 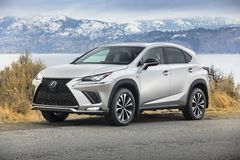 Could not driving my Lexus RX 400H for long periods create problems?
October 29, 2017 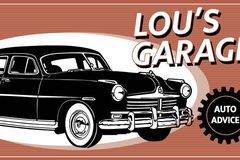