The Woodward Dream Cruise is one of the largest auto events in the world. It’s an annual retreat in August where classic car enthusiasts show off their prized possessions to more than a million spectators from as far away as Dubai, Australia and Canada. People line a 26-kilometre stretch of road, winding through nine suburbs from Pontiac, Mich., to Ferndale, north of Detroit, to watch thousands of hot rods, classic cars, and custom vehicles cruising along the famous stretch of Woodward Avenue.

For some, it’s not just about the cars and the cruise, it’s about the journey and the memories. On the route are brothers Will, James and John Watson who have been coming to Woodward with their dad since it started in 1995. They made the annual trek this year, this time without their father. He passed away four months ago.

“It’s very emotional for us right now,” said John Watson, perched against his 1963 Thunderbird. “We brought dad’s ashes and we’re going to spread them on Woodward on the median after everything shuts down tonight because he always wanted to be in the middle of all this action. This was his favorite place in the world to go.”

James added, “It’s my dad’s wish. He always wanted this. It’s going to be a little sombre, but it’s what he wanted. We’ll do it right for him. And we won’t stop coming every year, in memory of him.”

Among the crowd, Torontonian Mario Cobianco made the four-hour drive in his 1934 Ford hot rod, which he started building in 1979 and finished in 1984.

“I’ve always liked hot rods. I used to be into muscle cars before but whenever I saw a street rod going down the street I said I got to get me one of those! It’s not the usual thing you see on the street. You see muscle cars but not many hot rods. I like to be noticed!” he laughed.

The Woodward Dream Cruise started as a fundraiser for a soccer field in Ferndale, MI. Cobianco has been coming since 1998. “If you haven’t been here before, you got to go to Woodward Cruise. It’s worth the drive. You can see Canadian plates and you wave, where are you from? I’ve seen people from as far as Timmins and North Bay.”

Cars bring families together at Woodward. Mike Simon, 72, and his granddaughter Cortney, 13, woke up at the crack of dawn to drive his 1932 Hupmobile from Cleveland to secure a prime spot on Woodward Avenue.

“I started coming in 2010 for the enjoyment of all the cars. 1.5 million people and over 40,000 cars show up here. It’s really amazing. I love seeing all of these cars,” said Mike.

Its Cortney’s first time and judging by the grin on her face, not her last. “It’s fun! I like seeing all the cars. But this one is my favorite,” she says pointing to her granddad’s wheels.

Brian and Lana Leisingen have been regulars since the cruise started. “I had a ’52 Ford in high school and I bought another one 27 years ago. This is where the hot cars hang out,” said Brian.

“Every year we don’t think it’s going to get any bigger and every year it does,” added his wife, Lana.

Another long-time attendee turned participant is Richard Voss, who owns a black 1966 Chevy Nova. “I got what I loved. I bought it 13 years ago at 62. For 11 years I was a spectator until I bought it.” Now, he has a coveted spot at a local city park where 850 classics are nestled together.

“13 and Woodward has always been considered cruise central. It’s centre point of the cruise. It starts in Ferndale and goes to Pontiac. This is where all the action is. It’s the heart of everything,” said Voss.

The vehicles are spectacular and pristine - a sight to behold for onlookers.

“These cars have character. Today, all cars look identical. You go through this display here and everything is different and beautiful. They don’t make cars like they used to. They make them better, safer and faster, but they just don’t have the character,” said Mike Young who owns an orange 1955 Chevy 210 Sedan with a brand new engine and new five-speed transmission.

“I had one of these when I was 16, but it was a rust bucket. I told myself before I retire I’d get another one. I did two years ago. I love the orange colour. That’s why I bought it.” 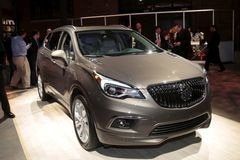 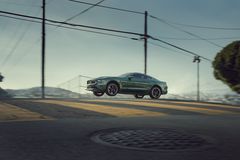 Fiat Chrysler says it did not know about Sergio Marchionne’s illness before his death
July 26, 2018 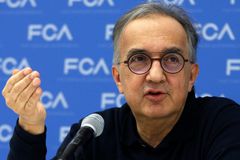