The Los Angeles auto show and its accompanying mobility conference have become a major stage for the debut of new electric vehicles, self-driving rideshare pods and other eco-minded transportation solutions.

It’s easy to see why. California, and L.A. in particular, are feeling the impact of climate change more keenly than other places. Wildfires such as the one the city just experienced are becoming more common. As a result, drivers and policy-makers in the Golden State have been more receptive to hybrids and electric cars and anything else that reduces CO2 emissions.

At the 2018 L.A. show ­– Nov. 30 to Dec. 9 – new electric cars will generate plenty of headline buzz. The real stars of the show, however, will be the shiny new gas-burning SUVs, trucks, and sports cars. Not only are they still more affordable than electric alternatives, you’ll actually be able to buy find them in showrooms beginning in 2019.

The 2018 show will see the unveiling of a new electric car from Audi, as well as upstarts Byton and Rivian.

The fastback Audi e-tron GT concept is expected to arrive in showrooms early in the next decade. Twinned with Porsche’s Taycan electric car, the Audi will likely boast similar specifications: 500-kilometre range, 600 horsepower and all-wheel drive.

Upstart EV company Byton calls its M-Byte crossover and K-Byte sedan “next-generation smart devices” and promises Level 4 autonomous-driving capability. California-based Rivian been very stealthy, but is expected to show two all-electric vehicles in L.A.: an SUV and a pickup with more than 640 km of range. The concepts look spectacular, but the apparent slow death of Faraday Future – a once-promising EV startup – is a sobering reminder that even well-funded, well-staffed automotive startups can fail.

Jeep’s first pickup truck since the 1992 Comanche will be called the Gladiator, and it will appear in production-ready form in L.A. Information leaked early on the Fiat Chrysler’s own media website. Members of the Jeep Gladiator Forum spilled the details before the company could take the information down. Based on the new JL-generation Wrangler, the 2020 Gladiator pickup has four-doors, a five-foot bed and a choice of V-6 gas or diesel engines.

Information on Hyundai’s all-new, three-row Palisade SUV also leaked ahead of the show. It should go on sale in mid-2019 alongside its Kia counterpart, the Telluride. Both full-size SUVs will fill glaring gaps in the lineups of these South Korean companies.

Also on Kia’s stand will be an all-new 2020 Soul hatchback. Expect the new model to be optionally available as an all-electric vehicle, although we hope it has more than the current Soul EV’s 179 kilometre range.

Lincoln is following up the well-received Navigator SUV will the smaller Aviator. Only at Lincoln could a three-row SUV be “smaller.” It should look nearly identical to the Aviator concept the company unveiled at the New York auto show earlier this year. Powertrains will include a plug-in hybrid option.

Range Rover is eschewing the L.A. show to instead reveal its all-new Evoque SUV at a special event in London on Nov. 22.

In L.A., Mazda will take the wraps off an all-new Mazda3 compact sedan and hatchback. Early teaser images and spy photos have it looking a lot like the beautiful Kai concept revealed at last year’s Tokyo show.

The Mazda3 is a perennial favourite for combining real-world practicality and fun handling, but Canadian sales have declined since a peak in 2014. The Mazda3 is currently only the fifth bestselling compact car in this country, according to data from GoodCarBadCar. Mazda will be hoping the all-new model steals customers away from class-leaders such as the Honda Civic and Toyota Corolla.

BMW will also have a new sporty sedan on display. The M340i will be the hottest version of the all-new 3 Series until the proper M3 arrives. For the first time on the 3er, there won’t be a manual-transmission option. The turbocharged straight-six makes 382 horsepower, which is enough to get the car from 0-100 km/h in 4.2 seconds. The M340 will arrive in rear- and all-wheel drive versions in spring 2019.

Porsche aficionados will notice right away, but for the rest of us the difference between the all-new 911 and the old model are hard to spot. The iconic sports car will enter its eighth-generation following a reveal at the L.A. show. The range of turbocharged engines will likely be unchanged from the current model, at least initially. Will this be the first 911 to feature some kind of hybrid engine? We hope so, even if it would rile Porsche fanatics who still haven’t got over the move to liquid-cooled engines in the nineties. The new 911 (codenamed 992) will arrive in European dealerships early next year.

The vehicles mentioned above are just some of the Los Angeles auto show debuts we know about. As always, expect many more updated, refreshed and surprising cars to bow under the auto show lights later this month.

Three cars set to debut in Paris tell the story of an auto industry in flux
October 1, 2018 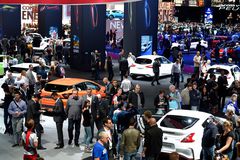 How a Vancouver auto shop refurbished the classic Alfa Romeo that won the Concours d’Elegance
September 26, 2018 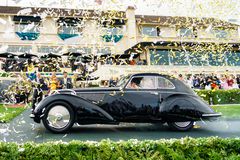 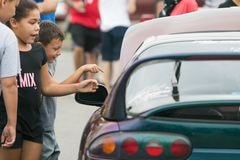