It used to be that discussion of religion, sex and politics were avoided at polite dinner parties. We can now add transit and transport to that list.

Nothing sets off right-wing nuts and leftie lunatics like a discussion of bike lanes or toll roads. The latest flare-up occurred last week when Toronto city councillor Norm Kelly issued a press release advising parents and pedestrians to “Give Drivers the Finger.” Kelly wanted to remind back-to-schoolers to “extend their arms and point in the direction they desire to walk when using crosswalks.”

Some in the media felt his “arm-raising” advice was victim-blaming. One reporter sarcastically tweeted his release with the line, “In which a city councillor says pedestrians should have to point in the direction they are trying to walk at a crosswalk when they have the right of way to avoid getting hit.” This triggered both the anti-arm lobby and the pro-arm lobby. Fingers hit keyboards with vehemence. Everyone was so angry, they just had to tweet! One person tweeted that it was “just a regular reminder that Norm Kelly is pretty awful.”

Regular, it was. As was pointed out online, Kelly issued the exact same press release three years ago. But is Norm Kelly awful? Well that’s between the city councillor and his God. I can say, with great certainty, that the dissension his press release sparked is a clear indication of just how wilfully stupid we, as a society, have become. Two assertions can be true without contradicting each other.

For instance, it’s a fact that raising and/or extending your arm when using a crosswalk increases pedestrian safety. The practice has been studied extensively since the 1980s. A 2011 study from Western Michigan University of uncontrolled, unmarked crosswalks found that “pedestrian use of a signal to cross is an assertive yet low-effort behaviour that alerts the motorist that the pedestrian would like to cross the street.” At one crosswalk, the mean percentage of motorists who yielded to pedestrians who raised their arms was 69 per cent, compared to 26 per cent when the pedestrian did not.

This fact does not relieve drivers from their responsibility. It is a driver’s duty to yield at a crosswalk, regardless of how the pedestrian uses it. The onus is always on the driver. A driver who is approaching a crosswalk should slow down instinctively. Sadly, some drivers are negligent, and nowhere is this more apparent than at a crosswalk. They cruise through in oblivion.

The real solution is making drivers get retested for their licenses and increasing fines. It’s not belittling people for suggesting that pedestrians raise their arms when using a crosswalk.

Here are some parallels. Raising or extending your arm when using a crosswalk is like:

Yes, we need to make our cities safer. No one disputes that. Dangerous drivers, badly planned roads, congestion – these are complex issues that need immediate attention. We need leadership from our politicians. The onus should not be on pedestrians to live in mortal fear of the automobile. In the best of all possible worlds, a driver should never blow through a crosswalk. But guess what? They do.

Telling kids to raising their arms at crosswalks won’t cure big issues, but it will make those kids a little safer. There’s nothing wrong with that. 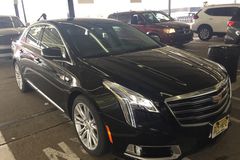 It may be time to kiss my Dodge Grand Caravan goodbye
August 7, 2018 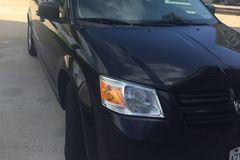 Driving somewhere for the long weekend? Take this quiz
July 31, 2018 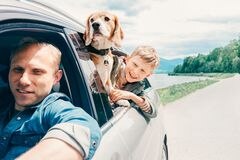