Stopped at a red light, an older cyclist admonished a less-experienced one. It was spontaneous and heated. My window was down, and as a compulsive eavesdropper, I listened in on their conversation.

“You can’t do that,” the older one said. “You didn’t have the right of way.” The less-experienced cyclist was having none of it – she was mystified.

“But I rang my bell,” she said plaintively, as if that explained everything. She repeated, “I RANG my BELL!”

The younger cyclist’s just-passed near-death experience had triggered the exchange. Only a few moments before, I’d watched as she had gained speed and passed a Honda Civic that was turning right. She had been around 75 feet away when Civic had begun its turn. The Civic had the right of way, it was close to the curb, had its signal on and was inside the dotted line of the bike lane, a signal to cyclists that it was in the process of turning.

The younger cyclist had ignored all these signs and blown through on the right side. The Civic braked suddenly but still almost struck her. If she was aware of the rules surrounding bike lanes, the “bell ringer” would have known that once a car has approached an intersection first and is turning right, a cyclist should not pass on the right. He or she should either wait until it’s turned, or pass on the left.

The incident illustrates the fact that, although there are more and more bike lanes being installed in Canadian cities, Canadians themselves remain unclear about the rules regarding their use. Too many motorists still treat them as extra passing lanes, a source of free parking or a nice place to pull over and flick on their hazard lights. They do this despite the fact that cars should never cross into bike lanes unless they are diamond lanes, or there are dotted lines at intersections. Meanwhile, too many cyclists believe bike lanes imbue them with an unassailable right of way.

The problem lies in the fact that both parties need to follow the spirit, not just the rule of the law.

Motorists need to embrace the responsibility that comes with driving around in potentially lethal vehicles. That means being aware of cyclists at all times. It means knowing when you have the right of way, but also scanning for those who might make mistakes (such as the bell-ringer). Ultimately, it’s a driver’s duty to look out for cyclists, regardless of who has the right of way, because the consequences of collisions can be so devastating. For instance, every time a motorist makes a right turn they should check to see if a cyclist is nearby. It should be as instinctive as putting on the turn signal.

Some stunts, however, can’t be defended against. When a cyclist picks up speed from 100 feet behind and then passes a car in the process of turning, the cyclist is coming out of a blind spot. It’s almost impossible for the driver to anticipate. This is when very bad things can happen.

It’s also difficult for drivers to give a safe amount of space to bikers who pop out of the bike lane in order to pass slower cyclists. These “poppers” are the bicycling equivalent of hurried drivers who speed and weave in and out of lanes on the highway. They don’t signal. They just swerve out and in as if they’re riding in the Tour de France.

While this practice may seem efficient, it isn’t smart. Poppers need to understand that drivers have traffic coming the opposite direction, and sometimes they have cyclists to their left as well. When a cyclist moves out of the bike lane to overtake, it’s difficult for a driver to give them the appropriate amount of space. So, if you’re going to overtake outside the bike lane, at the very least signal. Give drivers and other cyclists some warning.

In short, when it comes to battle over bike lines, it’s time to stop worrying about who’s right, and time to start thinking about what’s right. 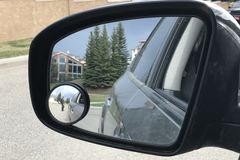 The definitive guide to tailgating (not the football kind)
June 5, 2018 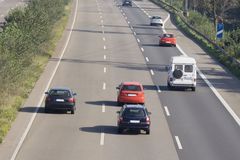 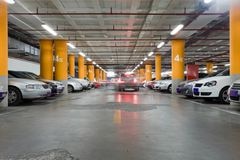