I’m looking for my first car, after having the privilege (no sarcasm!) for the past five years of driving a 2005 Toyota Corolla that belonged to my parents. I do a lot of highway driving but live in the city, so I don’t want a tiny car, but I also don’t want something huge. I probably couldn’t afford a big car, anyway. I am mainly concerned about safety, reliability and affordability. – Barry

Lightstone: Well, Barry, you might want to stick with what you know. If you’ve truly enjoyed the ’05 Corolla, head straight to a Toyota dealer – the all-new Corolla will be as reliable as your 13-year-old model, more fuel-conscious and more modern. There will be a Bluetooth connection for your smartphone, for starters.

Richardson: Good advice. The new Corolla is improved night-and-day over the old Corolla in function and features, but it will still feel familiar to Barry. I get the feeling he wants to spread his wings a bit, though.

Lightstone: The new Corolla won’t drive much differently, even after 15 years of development, because it has gained only two horsepower and still has a 1.8-litre engine. But Barry might be impressed with its 6.1-inch display screen and dynamic radar cruise control. If he can drive the manual, he’ll get that for around $18,500 out the door, or about $60 a week over five years if he leases. The lack of performance won’t be missed.

Richardson: Most people don’t want the manual transmission, even if they know how to drive it.

Lightstone: True. The Corolla also comes with a continuously variable automatic transmission, which will start at about $22,000 out the door, or around $70 a week to lease.

Richardson: Barry won’t get Apple CarPlay or Android Auto, though, for connecting his smartphone and keeping it out of his hands. Toyota has only just introduced CarPlay in its high-end Avalon, and it will be a year or two before it filters into the rest of the lineup. In any case, I don’t think Barry really cares about performance, as long as the car gets from A to B without any hassles. Which pretty much defines the Corolla.

Lightstone: But do we just want to tell him to buy an updated car from the one he’s been driving for the past five years? The Corolla isn’t the only reliable, practical, get-the-job-done small vehicle out there. I’d suggest Barry take a drive in the Nissan Sentra, simply to see what else is out there.

Lightstone: I don’t. I hate the transmission and it’s dull to look at, but Barry might appreciate the Corolla more if he drives it.

Richardson: What’s wrong with the transmission?

Lightstone: The Sentra’s Xtronic CVT is sluggish and, at times, loud. It’s just not pleasant to drive. If the Sentra came with an optional manual transmission, I might change my tune.

Lightstone: I’m going to go out on a limb here then. Let’s steer him away from two mundane rides and suggest Barry look at the Chevy Sonic. Seriously. I had a blast in the Sonic.

Richardson: The Sonic? I never think about the Sonic. I don’t think anyone does.

Lightstone: I didn’t either, until I drove it back-to-back with the Cruze hatchback and realized what it offers: Great design, smooth drive, comfortable interior and all kinds of features. All that in a small car that starts at around $24,000 out the door for the sedan, or $1,500 less for the manual. There’s a hatchback, too, and right now, Chevrolet’s offering a couple of thousand dollars in incentives. It really was a surprise, and it deserves a bit of Barry’s time.

Richardson: Okay, there’s nothing to be lost by taking a test drive.

Lightstone: Not at all. Barry should drive all three on the same day if he can: Corolla, Sentra and Sonic.

Richardson: And I’ll bet he comes back to the Corolla.

Lightstone: I bet he does, too.

Due to student-loan debt, I am looking for a great entry-level car
June 27, 2018 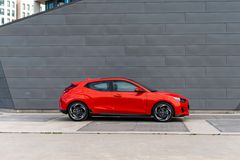 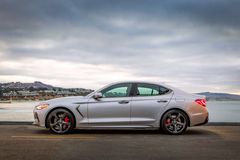 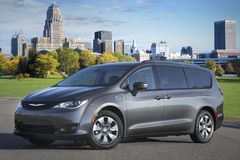