My brother had his truck stolen from the garage (he thinks he forgot to close the garage door). He’s convinced it was an electronic car theft – somebody intercepted his fob signal and used it to take his truck. But he also can’t find his spare set of keys. He’s been known to leave them in the truck so he can just get in and start the thing. How likely is it that thieves are going door to door and scanning for people’s signals? – Jeff, Brampton

There are likely crooks out there using tech to steal cars – but most don’t need to, police say.

“The No. 1 issue right now is still warm-up thefts, where the car’s running with the keys in it,” said Sergeant Matt Bertram, Peel Regional Police spokesman. “We don’t have numbers on electronic thefts – when we talk to investigators, they say there’s no way to tell unless you recover the car or [thieves] confess to it.”

So, what’s electronic theft? It’s when thieves use devices to take your car – and there are different ways to do it.

One is a wireless relay attack, in which thieves scan the signal from your keyless fob sitting inside the house – for instance, in your jacket next to your front door. They create a cloned fob that lets them get in your car and start it.

Or, if they can get into your car – either by breaking in, jamming your fob’s signal so your door doesn’t lock or just opening the door because you left it unlocked – they can plug into your car’s onboard diagnostic port under the steering column. Then they can use software, which is available online, to program a new fob that will start the car.

“Someone mentioned it on Facebook but there was nothing – usually it’s something else,” said Inspector Brian MacDonald, with British Columbia’s Integrated Municipal Provincial Auto Crime Team. “I’m not saying it doesn’t happen, but it’s not very widespread – the majority of our thieves aren’t very sophisticated.”

Often, electronic theft is suspected when police can’t otherwise explain how a car was stolen.

“It’s hard to determine if it’s happening unless you have video coverage, but the evidence is pointing toward that,” said Henry Tso, vice-president, investigative services at the Insurance Bureau of Canada (IBC). “In Ottawa, there were incidents where a Lexus was stolen from a driveway with no signs of a break-in, so it was either an inside job or they used new technology.”

The majority of thefts nationally are either pre-2007 models – when Transport Canada started requiring engine immobilizers that prevent hot-wiring – or cases in which thieves somehow got a key.

“Some people are lazy and they’ll leave a fob in the car so they just get in and start it,” Tso said. “In Edmonton right now, a quarter of vehicles stolen have keys in the car.”

Still, if you’re worried about thieves intercepting the signal from your fob, you could buy a Faraday box or pouch and keep your fob in it. They shield your fob so it doesn’t give or receive signals.

Montreal police also suggest storing your fob away from a door or a window.

Toronto police suggest old-school tech – such as the Club or a wheel boot – to deter high-tech thieves. You can also get a lock for the onboard diagnostic port.

One of the easiest ways to to prevent theft – electronic or otherwise – is to keep your vehicle locked and inside your garage, if you have one.

“The risk of your car getting stolen in the garage is far less,” IBC’s Tso said. “People still steal from garages, though – I had my motorcycle stolen from my garage.” 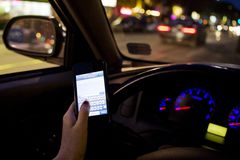 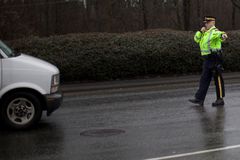