Drivers swerve out of their lanes on the highway for many reasons: fatigue, inattention, an inability to see the lines, even boredom.

Whichever the case, it is dangerous. Lane drifting can set off a chain reaction among other drivers that ultimately results in a collision.

To counter, automakers are installing lane-keep assist features into vehicles. As is usually the case, such capabilities are quickly going mainstream after initially debuting in luxury cars.

Lane-keep alerts are simple visual and audio notifications that let the driver know their car is crossing over into another lane without signalling.

The more advanced and increasingly common lane-keep assist function actually self-corrects the car’s steering by nudging it back toward the centre of the road.

“It helps the driver stay in control,” says Rob Murdoch, national manager of technical services for Mazda Canada. “If you’re on a long drive and getting a bit tired, it helps keep you in a straight line.”

Lane-keep assist relies on a forward-facing camera built into the rear-view mirror. The camera constantly scans for lane markings on the road, looking for the contrast of white or yellow lines against a dark surface.

If the driver’s car is getting too close to a line without the lane-change signal being activated, the system displays a warning on the instrument panel, emits a beeping alert or sends haptic feedback to the steering wheel.

If there’s no immediate corrective response from the driver, the assist function gently moves the steering wheel in the opposite direction in an effort to move the vehicle away from the line.

It’s a form of autonomy, but a basic one the driver can easily override.

“It’s not an extreme jerking of the steering wheel, it’s just a nudge towards centre,” says Chris Tubbe, an engineer and manager of regulatory affairs at Toyota Canada. “It’s meant to support the driver, it’s not to take over control of the vehicle.”

Lane-keep assist is intended for highway driving, with the ultimate goal being to make the driver aware that they are drifting in their lane through visual, audible and touch feedback.

Automakers say it’s a tool for fighting fatigue, a major cause of accidents. About a quarter of all fatal and injury crashes are estimated to be fatigue-related, according to the Traffic Injury Research Foundation.

“If you’re starting to drift off or wander, you’ll get alerts that will hopefully bring you back to an alert state or get you to pull over and take a nap or whatever you need to do,” Murdoch says.

Both lane-keep assist and the more basic alerts are optional features for automakers at this point, but there’s an expectation that they will eventually become mandatory.

Many automakers are building the technologies in and making them standard across their product lineups in anticipation of that eventuality.

All cars equipped with Toyota Safety Sense-P, for example, have the full assist function as standard. Toyota says at least 95 per cent of its lineup has the alert function at least.

“Industry sees it as a beneficial feature that’s going to save lives, so we want to get this out quickly,” Tubbe says. “Everyone wants to have this kind of technology out in the market as soon as possible.”

Automakers expect the assist function will continue to improve in accuracy as camera technology gets better and cheaper – and as the cameras themselves multiply.

BMW, for example, is increasingly using a dual camera system that allows vehicles to “see” in three dimensions. The new X5, meanwhile, adds a third camera, which the company says will further deepen the vehicle’s 360-degree awareness.

BMW also sees lane-keep assist as a vital move toward self-driving vehicles. Adding radar to the cameras, the inevitable next step, means vehicles can achieve level-two autonomy – the second stage of the five-level scale, where cars can drive themselves on a single highway lane.

“It’s amalgamating that technology to have that level-two autonomy,” says Shawn Stephens, national manager of after-sales systems, strategy and planning at BMW Canada. “You see it trickling down into our different product structure where it will proliferate through the entire lineup.”

In the meantime, simple lane-keep assist will continue to multiply. BMW’s dual-lens system is available in its 5, 6 and 7 series. Mazda also offer assist functions through most of its lineup.

“We see this going standard in all our models as we become more comfortable with those technologies and the price goes down with scale,” Murdoch says. 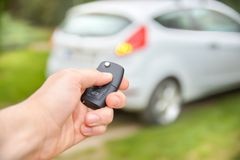 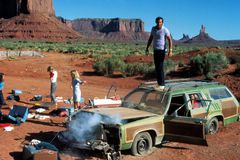