My beloved Toyota RAV4 is on the wrong side of 250,000 km, and I am looking to replace it. I love the V-6 engine in it, and would like something with the same performance and acceleration capabilities. Preference is for something new, definitely an SUV with AWD again. Price-wise, I don’t want to look at anything that requires premium fuel. Willing to risk it with “premium recommended” fuel. – Michael

Richardson: I know where you’re coming from, Michael. My wife drives the 2010 RAV4 with the V-6 engine and there’s not much in that compact size that comes close to its 270 hp. She loves it, too.

Richardson: Toyota found that people wanted better fuel economy in a compact SUV. If they wanted the extra power, it would be for towing a boat or a camper, so they’d opt for the larger Highlander instead.

Lightstone: Most compact SUVs are well below 200 hp, so it won’t be so easy for Michael to replace that V-6.

Richardson: Especially if he’s not prepared to opt for a sportier vehicle that needs premium fuel.

Lightstone: How about the new RAV? That’s pretty powerful.

Lightstone: I haven’t driven the new RAV4, so I can’t comment on its drive or amenities, and the hybrid won’t come on sale until the spring. I will vouch for Toyota’s ability to make a quality product, though.

Richardson: You can’t say Toyota is the only quality car maker these days.

Lightstone: It’s definitely not. If Michael wants a change from his Toyota life, he should look at the Honda CR-V. I know, I know, it doesn’t have a V-6 and only has 190 horsepower, but it’s as good as the RAV4, for sure.

Richardson: No it’s not. The new RAV just blew it into the weeds. You’ll believe it when you drive it. And the Honda doesn’t have anything like the power Michael’s looking for.

Lightstone: But what does these days? That V-6 RAV rocket was a bit of an anomaly.

Richardson: You’re right. Michael will get the mix of size and power with a premium performance brand, like the Porsche Macan S or the BMW X3 M40i, but they’re both around $60,000, and they both need premium fuel. Frankly, he’s aiming high.

Lightstone: So, let’s be realistic. How about the Chevrolet Equinox or GMC Terrain?

Richardson: Ah - now we’re talking! If Michael pays the extra $5,000, he can get the 2.0-litre turbo engine that makes 252 hp and 260 lbs.-ft. of torque. It’s a very manageable engine – it doesn’t jerk from the lights like the old RAV V-6 – and premium fuel is only recommended for when he wants the extra performance. It’s not required to keep it running smoothly.

Richardson: Frankly, I prefer the Equinox over the Terrain because it has a conventional shift lever, instead of fiddly gear selector buttons on the dash, but to each their own.

Lightstone: If Michael is so enamored with his old RAV4, he needs to try a new one first. He should try the Honda CR-V too, because it’s such a good all-rounder. But he should also kill two test-drives at one stop with the GMC/Chevy twins to see if he really wants that power.

Looking for a stylish vehicle with trunk room
December 16, 2018 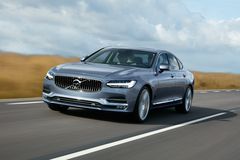 I drive a Mercedes, but need a cheaper car. What are my options?
December 2, 2018 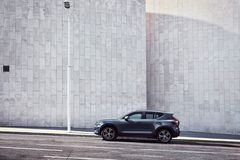 Looking to replace my Pontiac Vibe, but with which crossover?
October 14, 2018 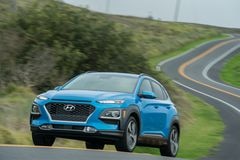