I’m looking for a compact SUV that has good safety ratings and a comfortable layout with some decent cargo space, as I have a one-year-old and also a large dog. I have a 2012 Jeep Compass and I generally like the size and shape of it, but don’t like that it’s underpowered and has a constant squeak coming from the rear suspension. I live in rural Quebec, with a 12-minute commute to work and a drive to Montreal every other week. All-wheel drive is a necessity, as are heated seats and good fuel economy. My budget is in the range of $350 a month. Basically, I want something I can trust, doesn’t make a bunch of weird noises, but has the creature comforts. In white. – Julia

Richardson: Well, there’s no shortage of choice if you’re looking for a compact SUV. It’s the No. 1 seller for every major maker, so they’re all reliable and heavily backed. I’m guessing that if Julia visits Montreal regularly, she’s got her pick of dealerships, too.

Lightstone: We could talk about a dozen right off the top, but Julia needs us to narrow this down for her. She wants a vehicle good on fuel, but she doesn’t like that her Compass is underpowered. There were two engines that year and I’m guessing she has the smaller, 158-hp model.

Richardson: So she’ll want more power than that. If she has the other model that made 172 hp, she’s out of luck. That’s pretty much the output of all the compact SUVs now. If she wants more power, she’ll need more size and she’ll burn more fuel.

Lightstone: Well, there’s always the Toyota RAV4 Hybrid, for the best consumption in the class.

Richardson: Which is too expensive – you’re buying two engines under the same hood – and it’s still underpowered. The new RAV4 Hybrid coming out in December will be the sporty and powerful version, but it’ll be well out of Julia’s price range, and she wants a vehicle now. So what would be your first choice, Miranda?

Lightstone: I’ve recently driven the all-new Hyundai Kona. And before you wax on about how small it is, hear me out. I drove it on our horrendous Quebec roads and it’s actually comfortable and handles the massive ruts and potholes. I know Julia said she has a child and a dog, but the Kona’s cargo space is sizeable (only 100 litres less than the Compass, actually), and it’s got 175 hp if she opts for the smaller turbocharged engine, which is also surprisingly peppy and fun to drive.

Richardson: Hmm. I didn’t think of the Kona, and it costs $23,000 for the AWD model, plus freight and taxes. That’s about $350 a month if she leases over five years. I was thinking more of the larger Tucson as something more capable in a snowy Quebec winter.

Lightstone: Despite the rumours, size isn’t always the most important factor, not even when it comes to capable winter driving – a solid AWD system on any size vehicle will get the job done. However, I’ll agree the Tucson has much more cargo space with about 300 litres over the Kona, but has the same engine and horsepower. Is that extra cargo space worth the $4,000 premium over the Kona?

Richardson: Only Julia knows the answer to that, but she can see them side-by-side at a dealership. For what she’s describing though, I think the new Subaru Forester would do the trick. It’s big enough, powerful enough and certainly capable enough.

Lightstone: It’s a new generation model for 2019, on sale next month.

Richardson: Even the most basic of the six trims offers heated front seats – the one-year-old won’t need them in the second row – with AWD and enough space for a dog in the back. It starts at $27,995.

Lightstone: Won’t that bust the budget? $350 a month isn’t much.

Richardson: Yes – a four-year lease for the new Forester will come in around $450 a month, and financing will cost close to $600 a month. We never recommend a loan for longer than that, though banks are quick to offer them.

Lightstone: And buyers are quick to take them for eight years or more. Except they’ll probably have negative equity for at least half that period, when they still owe more than the depreciated car’s worth.

Richardson: I think Julia has to accept that if she wants a new car, these are the prices she’ll have to pay for AWD and room in the back.

Lightstone: The 2018 Forester would be a couple of thousand dollars cheaper, if she can still find it, but how about the Mazda CX-3? It’s about $26,000 with AWD – half-way between the Hyundai and the Subaru, and it’s just been updated for a quieter drive.

Lightstone: That’s true: The CX-3 has about 200 litres less cargo space than the Kona, despite them looking similar in size. Either way, if Julia wants a new vehicle with AWD, and with the budget she has, she should try to drive the Hyundai Kona, Mazda CX-3, and 2018 Subaru Forester (if she can still find one kicking around at a dealer) to see which she prefers for interior comforts and features.

Richardson: And Julia? Don’t forget to bring along the child seat, to see how it fits in the second row, and the dog too, for a trunk test.

I’m looking for something economical and sporty for my commute
August 5, 2018 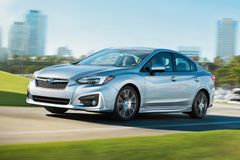 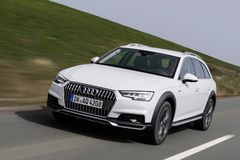 For a first car, I need something safe, reliable and affordable
July 15, 2018 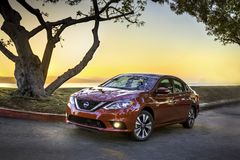