To figure out what the car seats of the future might look like, Magna International did some on-the-ground – or rather, in-the-house – research. The auto-parts maker embedded engineers with 54 families in the United States, England, Germany and China. They spent time with families in their homes and cars doing tasks such as shopping, commuting, running errands and taking kids to school, to figure out what their wants might be.

The end conclusion they settled on: reconfigurable seats that move around on rails.

Coming in 2022 or 2023 to minivans and SUVs, the seats will deliver a new level of flexibility – a direct answer, the company says, to the research gleaned from those families.

“We gained a rich set of insights into what their pain points and needs were,” says Dino Nardicchio, global vice-president of advanced technology engineering at Aurora, Ont.-based Magna. “They were looking for seats that would adapt to their needs and not the other way around.”

The seating concept, shown off at the Consumer Electronics Show in Las Vegas this month, has three rails on the floor running the length of the vehicle. Eight seats – two rows of three in the back, plus the front two – sit on those rails and slide around.

Magna is planning two options for moving the seats – a fully automatic mode for higher-end vehicles, potentially controllable through a smartphone app, and a manual mode for entry-level models.

The concept, which the company showcased via a virtual-reality experience, features three configurations.

“There was a desire to have social interaction and to enable communication, and to make it effortless,” Nardicchio says. “[The families] wanted the ability to reconfigure based on what’s happening that day.”

The third configuration – conference mode – has the front driver and passenger seats swivel around to face backward. The middle row splits into two seats facing sideways, with the third moving up to join the first row.

The first two modes are near-term options, Magna says, while the third is more future-facing for when or if fully autonomous driving becomes a reality.

“We’re very focused on where we see mobility going,” Nardicchio says. “We have to position ourselves to be ready for those trends when they materialize.”

Reconfigurable seating is expected to be a key component of increasingly autonomous vehicles, but the trend is going to heat up over the next few years regardless of developments in that space.

A number of automakers have demonstrated similar concepts – Land Rover, for example, has shown a seven-seat version where the middle row of seats turn into a table for the back row. Ford, meanwhile, received a patent in 2015 for an “autonomous vehicle with reconfigurable seats.”

Magna is hoping to get a larger piece of that pie with its reconfigurable seats. The company says it is building off its history in the market, which began in earnest with the Stow ’n Go seats that debuted in 2004 Chrysler minivans.

“This is a continuation of how we see the seating of the future,” Nardicchio says.

Industry observers say the market is ripe for change, given the advancements coming and the new demands they’re creating in drivers and passengers.

“If you’re going to be riding around in cars as opposed to manually driving the car, then this type of reconfigurable system is no surprise,” says Ross McKenzie, managing director of the Waterloo Centre for Automotive Research. “This becomes productive time.” 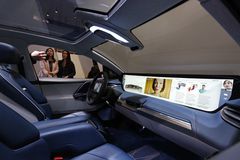 Driven to car design: How the auto industry’s artists made it to the top
January 24, 2019 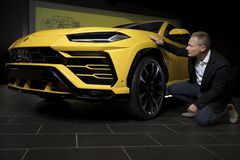 VW sees headlights as the future of communication
October 23, 2018 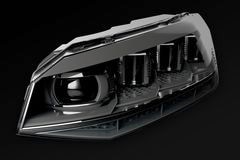