There’s nothing like the smell of a new car manual. Inhale the scent of fresh paper and glue as you settle down with a beefy tome of intricate instructions about your new car. Better cancel your weekend plans.

In the not-too-distant past, cars started shipping with not one, but two big manuals in the glovebox.

The first was your basic owner’s manual, a light read with generally good but obvious advice covering topics such as where the fuel goes and how to use turn signals.

The second manual, the Infotainment Manual − also known as the Quick Start Guide (ha!) − is a newer phenomenon. Worryingly, this second manual has been getting larger and larger in recent years as in-car infotainment systems become increasingly complex.

Drivers of all types of cars, in all price brackets, face longer and steeper learning curves than ever before. This issue of complexity is not unique to any particular auto maker, although not all infotainment systems are created equal. They’re all different, which is part of the problem.

You’ve almost got to pity the car companies – they can’t win here. Buyers say they want more features and have shown they’re willing to splash out extra cash to get them. In a focus group, you’d probably say yes, a feature that reads aloud your work e-mails during your morning commute is useful. In practice, though, are you really going to learn how to use it and troubleshoot connectivity issues? Or will you just listen to the radio?

Martin Landgraf-Dietz is on the front lines of the Infotainment Wars. His job, as a user-experience designer at Audi, is to make all this in-car tech easy to use.

“We want to make it intuitive, but it’s not possible to do 100 per cent,” he said. “We talked to our customers in the U.S., and they’re willing to learn, but only a certain amount.”

“We tried to make [the infotainment system] similar to a smartphone interface so it’s familiar to customers. … We’re making the system the same across all models. We have a lot of videos online to help people, and we work with our dealers to explain it better to customers,” he said.

Most drivers only use six of the hundreds of functions available on infotainment systems, according to one study by Harman International. The problem is that drivers don’t all use the same six functions.

Exacerbating the issue is that some customers like touchscreens, others like buttons, while others prefer voice control. So, on top of the hundreds of functions, most of which you’ll never use, you’ve also got three ways to control each of them.

No wonder infotainment manuals are becoming as thick as War and Peace.

“For the voice recognition,” Landgraf-Dietz said, “some [customers] say the system talks too much. Others say they want it to read out everything on the screen. In general, I can see that people don’t use a lot of functions, but if we remove some of them, customers might say they miss it and we need to bring it back. It’s not easy.”

At least for now, there’s no getting around the longer learning curve. But, there are easier ways to ascend it than leafing through the textbook in the glovebox. As Landgraf-Dietz said, Audi and most other auto makers are creating web videos to teach owners about specific functions. The videos can often be found on auto makers’ own websites, and on YouTube. It’s not ideal, but better than giving up your Sunday to read through a car manual.

Besides, it’s not just cars that have longer learning curves these days.

Your smart fridge and internet-connected doorbell also have longer, steeper learning curves than their analog counterparts. With every major new version of iOS, you’ve got to relearn how to use your iPhone. Go into any Apple store and you’ll see a calendar of classes teaching customers how to use their new gadgets.

We’re trading extra functionality − stuff meant to make our lives less painful − for the initial pain of learning how to use these new functions.

One day, in the not-too-distant future, the infotainment manual could be the only manual left. Self-driving smart cars will drive themselves and re-charge automatically, taking themselves to the dealership for maintenance as needed. Meanwhile, you’ll be left alone inside with the manual trying to figure out how to pair your Google glasses with the in-car Netflix app. 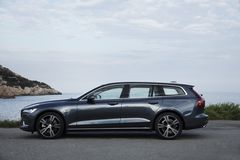 Flying cars may become a reality sooner than you think
June 1, 2018 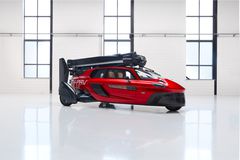 Car Review
Review: How the new Audi A6 stacks up against BMW and Mercedes rivals
October 31, 2018 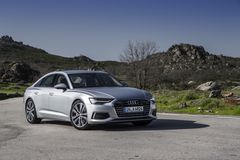