It was my fault. I hit a parked car. It doesn’t get too much more one-sided.

I was pulling in to park behind a car, not far from home and got lost in a few seconds of absent-mindedness while listening to the San Francisco radio station KNBR. A few seconds of inattention, that’s all it took.

I heard a churn and crack as the right rear of my 2010 Dodge minivan grazed against the front of a white 2018 Honda Civic. I got out and inspected the damage. It didn’t look good. The Civic had a dent in its front around the size of a softball. There were streaks of paint and some other scrapes.

Then came the five stages of fender-bender: Shame. Disbelief. Stoic acceptance. More shame and finally relief, relief that my carelessness hadn’t caused anyone to be injured.

After all, any accident you walk away from can be considered a “good” one. This was my first significant fender-bender in more than 25 years.

I rifled through my glove compartment (not sure why we still call them glove compartments, does anyone keep gloves in them?), found a pen, tore a page from my notebook and scrawled a note. I had to pause a moment. Writing a note to someone whose car you just hit requires some etiquette.

“I accidentally rubbed my minivan against your car while parking.”

I read the sentence over and realized that I was really underselling my culpability. Rubbed? Really? My minivan “rubbed” against the car? It sounded almost romantic. If really trying to be clear and honest, I would have written, “I wasn’t paying attention because I was thinking about whether the 49ers will cover the spread this weekend and as a result my rolling nightmare crushed the front of your nice new Honda Civic.” But it was too late and I went with what I’d originally scribbled.

“My name is Andrew Clark.” I added my telephone number along with the line, “Please call me. I will pay for whatever repairs are required.”

I finished with, “Very sorry,” a sign off that has worked well for me throughout my life. I stuck it under the windshield.

I received a call the next morning. It was from a man named Kim. His was the vehicle I’d hit. “Thank you!” he said.

To be honest this was not how I thought the conversation would go. Usually, when you cause damage to someone’s vehicle, the salutation “Thank you!” is not employed.

“You left a note. You are an honest man. You are such a good human being,” he told me. “Thank you.”

This was a first. I’ve been called many things by many people during my time here on earth but “a good human being” is not among them.

Kim explained that the Honda Civic I’d damaged was a rental. He had been in a car accident a few weeks before and the Civic was a loaner. He said he would take it to the car rental company and let them decide how to proceed. We chatted a little. He was a nice guy. We exchanged information. It turned out we were practically neighbours.

A day later and Jeff from the car rental company called with a figure. My minor distraction would cost me $850 plus tax. When you factored in the deductible, it wasn’t worth claiming. I paid it. They sent me an invoice and a letter stating I’d paid the damages and was not responsible for any further payment. Lesson learned, I supposed.

That night I received a phone call. It was Kim. He was at my door. I greeted him. Kim said he had come by to say hello and to see what I’d been charged. He was pleased by the figure. “You have to be careful,” he told me. “Sometimes people will try to over charge you.” He thanked me again and I, in turn, apologized for any inconvenience and thanked him for his understanding. I was out a little under a grand but there was now at least one person out there who considered me a “good human being.”

A short note can go a long way. 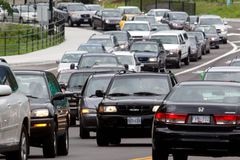 What can we do about drivers who skip the line and butt into lanes?
October 29, 2018 How to approach driving in the face of climate change
October 16, 2018 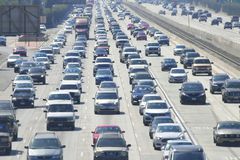