Scott Esplen is all too familiar with the complaints people have when it comes to selling their used cars to dealerships. Inter0minably long waits, a lack of transparency and ultimately doubts over whether they’re getting a good deal tend to define the experience for a lot of consumers.

All of Toronto-based Humberview’s 26 Ontario dealerships are now required to use the system, which Esplen says greatly improves the experience for both buyers and sellers.

“It clarifies for the customer that you’re working extremely hard to get them the best market value at the time,” he says. “There’s none of this, ‘We’ll shop it around and get back to you.’ Everything is done right in front of you. There’s no hiding any information here.”

Toronto-based TradeRev is winning fans like Esplen quickly. The platform now has 10,000 dealers in Canada and the United States, with parent company KAR Auction Services Reporting 30,000 vehicles sold in its most recent quarter, a 100-per-cent increase over the same period last year.

Carmel, Ind.-based KAR initially bought a 50-per-cent stake in TradeRev in 2014, then the rest of the company last year after seeing the potential of expanding the service further into the United States.

“We're now dealing with dealers and markets where we've never been, where we don't exist, where people hardly knew the name prior to us showing up with TradeRev,” KAR chief executive James Hallett told investors during a recent conference call.

TradeRev was started in 2011 by Mark Endras, who was himself running a number of car dealerships in Ontario. His father was also a used-car dealer and they both found the process slow and frustrating.

Typically, a consumer brings their vehicle to a dealership and the dealer assesses what he or she thinks it’s worth. The dealer then calls around to wholesale buyers, who basically guess at whether they think they can sell the vehicle in question and at what price. It can take hours, if not days.

“It’s a very slow process; there’s a middle-man in between and it leads to a poor customer experience,” Endras says.

With TradeRev, the dealer instead posts the vehicle’s details on the platform and begins an hour-long, eBay-like auction. On the wholesalers’ end, buyers can set up the system to send alerts when vehicles that meet their specific needs go on the block.

The dealer – and more importantly, the consumer – can watch the whole thing happen in real time. It’s a win-win-win, Endras says, because wholesalers and dealers can offer more realistic prices, while consumers aren’t kept in the dark as to how those offers are arrived at.

“The price we get on our platform is much closer to what the consumer is expecting,” he says. “The answer to the question of, ‘What’s my car worth?’ is whatever somebody is willing to pay for it. We prove that out.”

Industry observers welcomed the addition of automation and especially transparency to the vehicle-buying process, a process many consumers find distasteful. A 2016 survey in the United States, for example, found that more than 60 per cent of consumers felt taken advantage of at dealerships.

“Anything that can be done to increase transparency for both the buyer and the seller, that helps all parties make sure that they know what they’re buying and are paying a fair price,” says Brian Murphy, vice-president of research and editorial at Canadian Black Book. “It should be easier than it is. I think most people in the industry would agree with that.”

TradeRev is now piloting an app that would take its process a step further by allowing consumers to directly scan their vehicles and enter details themselves. They would also be able to follow auctions on their smartphones rather than having to do so at a dealership. 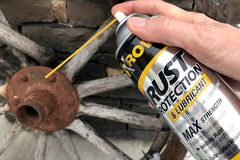 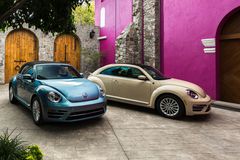 How to ensure your exhaust system stays in working order
November 10, 2018 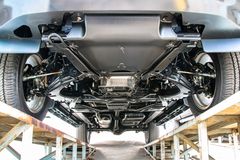