My partner and I are considering a plug-in hybrid. We want to save money on gas and drive in electric as much as we can so we’re not polluting. But we still take longer trips when we need to. The only problem is, we don’t have anywhere to plug it in at home (a condo with no outlets) or at work. So we’d have to use public chargers. What should we consider when picking one? – Nathalie, Vancouver

If you’re thinking about a plug-in hybrid and want to drive electric as much as you can, make sure you’re comfortable with the range.

Plug-in hybrid electric vehicles (PHEVs) are, well, hybrids that you can plug in. Since you’ve still got a gas motor, there’s a smaller battery than on an electric-only car like a Nissan Leaf.

So, while a Leaf will get you 242 km on battery power, the Mitsubishi Outlander’s battery range is only 35 km – but its total range is 498 km. So you won’t be stranded after 35 km.

A PHEV with lower range might be fine if you do a lot of shorter trips during the week. And, you can set it to switch to the engine and save the battery. That’s for when the battery’s getting low or if you’ll be driving at battery-draining highway speeds.

Right now, there are 25 plug-in hybrids on the market – and their features vary.

Some, like the Hyundai Ioniq PHEV, keep things simple and don’t require a lot of decisions. With the Ioniq PHEV, you either choose EV mode to use mostly the battery or a hybrid mode to run the gas engine more.

Others give you more choices. For instance, you can set the Mitsubishi Outlander PHEV to recharge the battery to 80 per cent as you drive. It also lets you control the amount of regenerative braking, which recharges the battery as you slow down.

Just like with pure EVs and even gas cars, your actual range will vary depending on how you drive – slow and steady means better range.

Take the PHEVs you’re considering out for test drive and see whether you’re comfortable with how often the gas motor kicks in – it might be more often than you’d expect. Depending on the car, the engine could roar to life when you press hard on the gas, when you get over certain speeds on the highway or when the heater comes on.

A plug-in makes a lot of sense if you can plug it in at home or work at least some of the time.

If you’re relying on public chargers, you’ve got to be comfortable waiting a couple of hours, or more, for a full charge.

If that charger isn’t close to home or work, then you’ve got to do something – running errands on foot, going to spin class twice, grabbing coffee – while it’s charging.

And, charging at a Level 2 charger is sometimes free, but not always – you might have to pay for hourly parking.

Right now, there’s one PHEV, the Mitsubishi Outlander, that lets you use a fast charger – some cost you as much as $20 an hour and others still don’t cost anything – to get to 80 per cent of a full charge in 30 minutes. Otherwise, it takes the Outlander PHEV 3.5 hours to charge with a Level 2 charger and 8 hours in a normal 110-volt outlet.

Still, you can take your plug-in hybrid to work in the morning even if you couldn’t find anywhere to charge it the night before. As long as you’ve got gas in the tank, you won’t be stranded.

“I think in these early days of EV adoption, the greatest thing [about PHEVs] is the comfort they give people who want to know they still have gas on board,” said Cara Clairman, CEO of Plug n’ Drive, a non-profit that promotes EVs. “But the reality is, most people only go on long trips once or twice a year.” 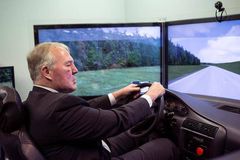 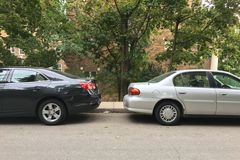 Is the dealer obliged to disclose that a used car came from a rental fleet?
October 1, 2018