There’s been a lot of talk lately about how adding a canine to virtually any environment or situation will make it better. We’ve been told bringing dogs into the office will make workers happier and more productive. We have emotional support dogs for those who need them. We have special dog parks where dogs can roam off leash. Dogs are good for people (at least those people who are not allergic).

This trend doesn’t take into account how dogs may feel about it. For example, pet dogs traditionally get to stay at home and chill. If I were a dog, I don’t think I’d be too thrilled about “getting” to go to an office and having a bunch of needy, high-tech nerds groping and petting me. If asked, I’d say, “Thanks for the chance to go into some high-rise and be the four-legged absorbent of your mass human neurosis, but I’m good with the old ‘stay and home and sleep‘ routine.”

But even in this dog-crazy world, I have yet to find anyone who says it’s a good idea to drive with a pet on your lap. And I’ve tried. I’ve pored over my news feed and I have yet to find any articles with the headlines “Lap Dog Motoring a Great Idea” or “Pooches Love It When Air Bags Deploy.” In fact, the opposite seems to be true. There is no rational reason to have a dog sit on your lap while driving. None. It’s what we used to call stupid behaviour.

You see, a dog on your lap is a distraction. It limits your ability to control your car properly. This is not an opinion. It is a fact. You might think that because you have always driven with a dog on your lap that it isn’t a potentially destructive act. The fact you have done something repeatedly in the past without adverse result does not make the activity benign. If it were, someone could say, “I play Russian Roulette every day and am still alive, therefore Russian Roulette is safe.”

But it’s not safe, and since you are the kind of person who drives with a dog on their lap, that may surprise you.

The best place for a dog in an automobile is in the back seat or in the hatch, restrained by a protective harness or a grill. But dog owners are such a clingy bunch they ignore this fact. A recent study by Volvo of 2,000 dog-owning motorists bears this out. Though 97 per cent said they take their pooches for a ride, 48 per cent don’t own any safety gear and 41 per cent let their dogs ride in the front seat. Just 5 per cent have a pet-safety system built into in their car. Volvo had no statistics for the amount of delusional dog owners who let their canines perch on their laps. Presumably the practice is so obviously moronic it was considered unworthy of scrutiny.

An unrestrained dog is a distraction and a dog on your lap while driving is a potentially devastating distraction. In 1999, the author Stephen King was struck and seriously injured by a van whose driver said he was distracted by his unrestrained canine. It’s also very dangerous for your dog. During a collision, a small dog would hit the windshield with the force of a cannonball. It could also be crushed by an airbag.

So, please, if you’re a dog owner and a motorist, go to the pet store and get yourself a pet harness. I think if you try driving without an animal on your lap, you may grow to like it. Who knows, you may gain confidence. After mastering this skill, you could move on to changing other behaviours. You could stop licking metal poles in wintertime. You could accept the notion of a round earth. This could be the beginning of a whole new world of possibilities.

Keep this in mind: Just because a dog fits on your lap, doesn’t mean it should be on your lap at all times.

Is my minivan to blame for my frustration with left-lane hogs?
March 27, 2018 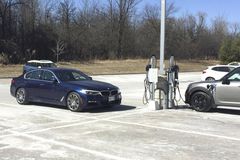 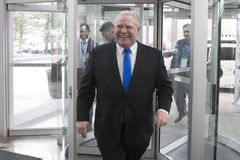 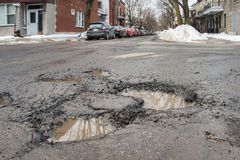