Camo may be in fashion these days, but it’s been a favourite among automotive designers for years. Not to be confused with classics like Mossy Oak, woodland or the “chocolate chip” camo made famous by the Gulf War of the early 1990s, car camo is an entirely different phenomenon.

While much of a new car or truck’s development happens behind closed doors, there’s no substitute for real-world testing on both private tracks and public roads, at which point a test vehicle – called a “mule” in automotive jargon – is susceptible to being photographed by automotive paparazzi and curious bystanders alike. As a result, car companies employ diverse means of subterfuge to cloak their mules. For top-secret vehicles in their early stages of testing, pieces of foam covered in light-absorbing black fabric panels, as well as dummy headlights, help to disguise a vehicle’s shape. Later in the process, when such bulk would compromise things like aerodynamics and cooling, manufacturers switch to full-vehicle vinyl wraps in eye-dazzling patterns. Reminiscent of a Magic Eye poster or a piece of abstract art, the black and white shapes of late-stage car camo are the automotive industry’s current best weapon in the fight against spy photographers, nosy competitors and the online rumour mill.

“We all walk around with image-capturing devices in our pockets,” says Al Wilkinson, Ford’s camouflage co-ordinator, whose job it is to shield forthcoming vehicles from prying eyes. In his 18 years at the company, he’s seen the demands of his job evolve alongside the increasingly sophisticated technology of smartphone cameras. In 2016 he was on hand to test its latest cloaking strategy, a pattern of 3D cylindrical “bricks” that defy both human eyes and electronic ones. While Wilkinson says this was useful in foiling smartphone cameras, whose autofocusing lenses struggle to find purchase amid the swirling shapes, outfoxing the automotive paparazzi continues to be a major challenge.

“If I were to leave the plant right now, nine times out of 10 the same guy’s parked out there waiting for one of our prototypes to get a picture of it,” he says, of the small but devoted group of spy photographers who target automakers in search of a big scoop. “Those guys have special equipment and they hide in trees, behind rocks, behind walls. They’ll pounce on engineers while they’re out testing to get the first picture.”

All camouflage, from a leopard’s spots to the vinyl wrap on a disguised SUV, functions in much the same way. Like military camo, automotive camo – particularly the vinyl wrap variety – is designed to confuse our brains by breaking up a vehicle’s shape, and making the eye work harder to discern distinguishing details.

“I’ve looked at everything from mud spray to how they used to camouflage the ships going across the sea back in the war. We’ve even looked at animals,” says Wilkinson, who works with Ford’s engineers and designers to constantly come up with new forms of camouflage. Their latest (as seen on recent spy shots of a yet-unnamed electric SUV) looks like a tribute to Yayoi Kusama’s psychedelic pumpkins. “I don’t want to give away too many secrets, but nature’s got some very good things that we’ve tried to use. We mix it all in; we look at all resources.”

Just as different militaries favour distinct camo prints, manufacturers have favourite patterns, too. BMW, for one, prefers thin, Dali-esque spirals, while Alfa Romeo seems to favour a pattern of concentric circles like ripples on a pond.

The irony, of course, is that much like wearing a woodland camo ensemble on Bay Street, these liveries tend to stand out in a crowd, leading some to rightly wonder what the point of it all is.

“It screams, ‘HERE I AM! AND I MUST BE SOMETHING SPECIAL TO BE WRAPPED UP LIKE THIS!’” says Brenda Priddy, a veteran car photographer who spent decades chasing mules around Michigan and southern California. Now retired from spy photography, Priddy laments the lack of creativity in today’s camouflage, recalling bygone mules dressed up like pizza delivery vehicles and repair vans, complete with fake logos and roof-mounted ladders.

More to the point, Priddy doesn’t see today’s camo as an impediment to spy photography in the least. “Even if the wrap looks blurry to the eye, a good photographer can easily find focus points and still get exceptional images,” she says. Given the steady stream of high-quality spy shots to be found online it’s hard to argue with that.

Ultimately, the best use of modern car camo might belong to Jaguar-Land Rover, which has begun to lean into the attention its mules receive on the roads. In 2016 it wrapped its forthcoming Land Rover Discovery family SUV in a colourful print designed by the children of its engineers, and the following year liveried a prototype Jaguar XF Sportbrake in acid green tennis balls for a photo op with tennis champ Andy Murray. An early model of the hotly anticipated 2020 Defender, meanwhile, was recently photographed near Land Rover’s factory in Warwickshire sporting a funky zebra-stripe pattern and emblazoned with the hashtag #THEBEST4X4XFAR. Unlike the jungle or the battlefield, in the automotive world sometimes the best form of camouflage isn’t camouflage at all.

Are these as-seen-on-TV sunglasses effective for driving?
December 22, 2018 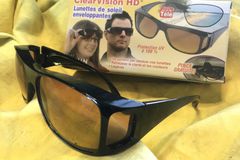 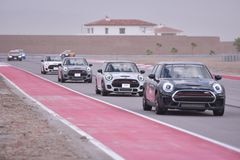 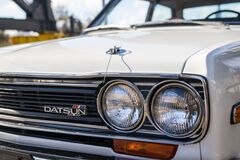