Editor’s note: The second annual Drive Summit on urban mobility takes place on Tuesday, Feb. 12, during the afternoon, at the Globe and Mail conference centre. To attend, free of charge, register here: www.globeandmailevents.com/mobility19. Spaces are limited.

Making the call on when to buy a new car is something like investing in real estate. While you may never make a buy-low, sell-high killing, the timing is still crucial. The risk: Plunk down your savings on a new car, and along comes a redesign that outperforms the one you just bought in every way.

“Timing regret” is more acute with electric vehicles, not only because the kilometre range of the latest models is rapidly being extended. There’s also rebate anxiety; will government introduce incentives just after you’ve bought an EV – or unplug existing incentives just before you intend to buy? A federal policy on EVs and hybrids, expected in 2018, hasn’t materialized. Meanwhile, in September, Ontario cancelled an entire program that refunded up to $14,000 per vehicle.

Advances in electric-vehicle range have been dramatic. By our analysis, the average range of small, 2019 model-year EVs available in Canada has tripled in three years, and those advances are not just the work of Tesla and luxury-brand challengers from Audi, Mercedes-Benz and Jaguar. In fact, most are priced in the $35,000-$45,000 range.

EV range, as determined by the Environmental Protection Agency in the United States, is a constant, apples-to-apples gauge of how far EVs have come, and how far they can still go.

When the current EV era began with the debut of the 2011 Nissan Leaf, the Nissan had an EPA range of 117 km, which was bumped to 135 km two years later. More EVs came to market – and some, in time, received their own range upgrades, – but as recently as model-year 2016, the best-in-class Leaf, with an optional bigger battery pack, had a range of just 172 km, while the average of mainstream “affordable” EVs (i.e. excluding Tesla) was about 130 km.

Then came the 2017 Chevrolet Bolt, claiming 383 km – a benchmark other automakers have been quick to target. For model-year 2019, the average range of the small EVs we analyzed has tripled to almost 300 km.

Two additional vehicles debuting in the next few months are each promising a range close to 400 km. Typical gasoline vehicles can go 500–600 km on a full tank.

Surprisingly, the new EV benchmarks did not include the all-new 2018 Nissan Leaf, which came to market last year with a ho-hum 241-km range. However, a new Leaf PLUS option coming this spring includes a 62-kWh battery pack that boosts range to 363 km.

Meanwhile, the Hyundai-Kia group seems to be stretching the envelope, with three models available or coming soon that share a 64-kWh battery pack. Already on sale is the Hyundai Kona Electric, an EV version of the popular subcompact crossover – named the 2019 North American Utility of the Year – that promises a segment-leading 415-km range.

Within a month or two, sister company Kia will add an EV version of the Niro compact crossover. Using the same 64-kWh battery pack and 201-hp motor as the Kona, the Niro EV claims a range of 385 km.

This summer, Kia launches the next generation of the Soul EV with a choice of two powertrains, a 134-horsepower electric motor teamed with a 39-kWh battery, or a 201-hp motor and 64-kWh battery combo. By comparison, the outgoing 2019 Soul EV has 109 hp, a 30-kWh battery, and a range of 179 km. Official range figures for the 2020 Soul EV are not out yet, but the bigger battery is likely to deliver 400 km, give or take.

Further out, a range of 400 km is also expected from a coming suite of competitively priced VW vehicles – the I.D., I.D. Vizzion, I.D. Crozz, and I.D. Buzz.

Will all this additional range offset the loss of rebates?

“We all know those incentives do help. It’s always hard to persuade people to pay now to save later,” says Cara Clairman, CEO of Plug’n Drive, a non-profit that educates the public about EVs. “The [range] barriers are more psychological than real.

“People imagine they need this big range and are very much influenced by the long trip once or twice a year, even though 99 per cent of the time they do only 30 kilometres a day.”

Even when EV range was lower than it is now, she says many people could manage fine with an EV for daily driving. Besides, many families own other vehicles they can use for longer trips. Still, she adds, “The bigger range will certainly help with people who are on the fence. It makes the case for them, even though they could probably manage without it.”

So far, only the Hyundai Kona Electric has published Canadian pricing, and at $45,599 – without the former $14,000 sweetener from the taxpayers of Ontario – that’s a lot of money for a subcompact crossover. With the same 400-km battery back, the new Soul EV and Kia Rio EV will likely be priced in the same ballpark.

Meanwhile, for those ready to settle for old-era range, the outgoing 2019 Kia Soul EV is selling for around $36,000 – if you time it right. 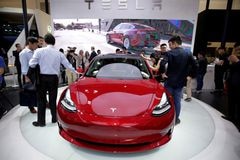 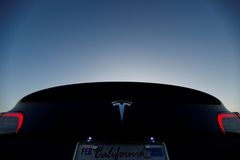 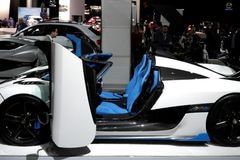