I was turning right at a T-intersection with a stop sign. It was clear to go, but I guess I didn’t come to a complete stop because the white truck behind me started flashing blue and red lights. The officer said it was going to be a $450 ticket and three demerits, but he reduced it to “failure to obey traffic control,” which is $250 and no demerits. Friends say I should fight it, even though the officer saw me. I’m not sure whether it’s worth fighting. Could taking it to court backfire if the judge decides that I actually deserve the higher original fine? – Josh, Edmonton

If a cop gives you a break on a ticket, taking it to court might seem like pushing your luck.

But if you fight the law and the law wins, you won’t end up with a bigger fine.

“For a downgraded charge, challenging it cannot make it worse,” said Dib Aytenfisu, an Edmonton lawyer. “The judge can only find you guilty or not guilty of what you’ve been charged with.”

Even if the officer tells the court that he could have given you a more serious charge, the judge or justice of the peace (JPL) can’t change the charge, add a new charge or add more fines or demerits.

So should you fight a downgraded ticket in court? It depends on the ticket’s repercussions, Aytenfisu said.

For instance, in Alberta, if you already have 12 demerits on your licence and the charge comes with 3 more, you’ll get a one-month licence suspension.

“If you rarely drive and you normally take the bus, it might not be worth it,” Aytenfisu said. “But if you’re a class-one driver, it’s your livelihood, and you have to have a clean driving abstract – then you may have to.”

How much will it cost to fight it? It depends on whether you fight it yourself, hire a traffic agent or hire a lawyer.

“There’s a whole bunch of options ranging from free to into thousands of dollars,” Aytenfisu said.

Before the ticket even goes to trial, you have a chance of getting a lesser charge if you, or your lawyer, talks to the prosecutor.

“There are a lot of negotiations between the Crown and the person charged or their lawyer,” Aytenfisu said. “They’ll say that you can plead guilty to a lesser offence and you don’t have to go through with the whole trial.”

If it goes to trial, a judge or justice of the peace won’t care about your reasons for breaking the law – say, if you raced through the stop sign because you were rushing a sick child to the hospital. But the prosecutor might consider the circumstances, Aytenfisu said.

“They’ll also look at your driving record and if you’ve consistently been doing the same thing, they may be less inclined to give you a deal,” Aytenfisu said.

If you decide to go to trial, could you be found not guilty, even if the police officer saw you break the law?

“There’s always the burden on the Crown to prove that you are guilty, so they have to bring the officer to court,” Aytenfisu said. “If the officer doesn’t attend, you can be found not guilty – it doesn’t happen often, but it’s possible.”

The rules vary by province. In Quebec, for instance, the officer who issued the ticket might not have to appear in court.

Minor errors on the ticket, such as the wrong spelling of your name, the wrong house number or wrong digits in your driver’s licence number, usually aren’t enough to get a ticket thrown out in court, Aytenfisu said.

“If they have the completely wrong person, then that may help you,” Aytenfisu said. “Or if they put the wrong court date and you go on a Saturday and court was closed, then you might win.” 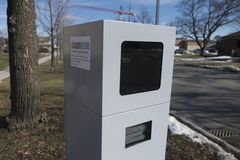 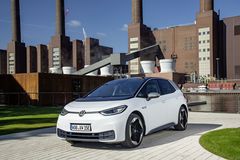 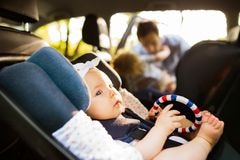