Over the hum of the engine, my father tells me about the gunmen. There were three of them crouching in the blackness on the side of the road. Their leader, balaclava-clad, held out his hand, demanding identification.

“That,” Dad said, “was really the beginning of the end.”

But he’s wrong. It was only the turning point. On a dark and lonely road in County Tyrone, in Northern Ireland, with my mother beside him, my father opened his wallet. To this day, he doesn’t know if the men were IRA or UVF, only that they wanted to know which side he was on. He handed over a card. It said he was Canadian.

In 1969, my parents came to this country via boat and rail. Off Malin Head, the most northerly point in Ireland, they heard the news of the rioting in Belfast, of long-simmering sectarianism boiling over into violence. They worried for their friends and their family, those they were leaving behind.

Fifty years later, I’m here sitting beside my father as he drives the big Dodge west on the Yellowhead Highway into Prince Rupert once more. He hasn’t been this way in more than 40 years, and this may be the last time. There are too many memories and not all of them are happy.

Yet, the day is bright and sunny, the mountains looming and cut through with waterfalls, and the river is in full flow. The river, the rail and the road – each runs west to the coastal town the locals know simply as Rupert, the first part of Canada my family would call home.

When my parents arrived here, to live in a basement apartment, this place was no paradise. Rupert is the wettest town in Canada, with some form of rainfall two-thirds of the year. Back then, the chief form of employment was the pulp mill, belching sulphurous gas out across the bay. Depending on which way the wind was blowing, the place could smell like the gates of Hell.

To Irish eyes, used to the soft and rolling countryside of Ulster, the wild places of B.C. felt vast and savage and empty, and very far from home. Prince George, the nearest city, is an eight-hour drive to the east. You could cross Northern Ireland six times in the same distance.

My parents drove this route in the 1600cc Volkswagen Type 3 they bought when they arrived, looking for a little respite from the rain and the homesickness. True escape didn’t really come until they bought a Dodge pickup truck.

Northern B.C., especially today, is the kingdom of the pickup truck. I note them from behind the wheel of the Ram as they pass – Super Duty Fords, battered Chevy Silverados. Even the RCMP uses pickups around here. We pass one dealership that has a long rank of at least 30 trucks, mostly white, overflowing along a gravel road beside the highway.

And why wouldn’t you have one? The Ram, a 2019 Crew Cab 4x4, simply crushes the miles beneath its wheels. It isolates you from the road in its big, broad, comfortable cabin, utterly effortless to drive. This one is equipped with the 305-horsepower V-6 and Dodge’s mild-hybrid eTorque system, and steadily returns under 11 litres/100 kilometres over some 3,000 km.

By comparison, the Dodge my parents bought was, well, there are a number of Ulster expressions that apply and exactly zero of them are printable. It needed some work.

Dad had been recruited to be the metalwork and automotive teacher at Prince Rupert Secondary School. The truck became an after-hours project, grinding away the rust and strengthening the frame. Dad built a trailer out of the floorpan of a Volkswagen Beetle, refurbished an in-bed camper and strapped a boat to the roof.

“Canada was good to us,” Dad says, as we cross over the railway onto the old section of the highway. “And we, I think, were good to it.”

Canadians were what made the difference. The upstairs neighbours, an RCMP officer and his young family, lent my parents bedding and housewares, when the luggage somehow got diverted to Vancouver. The woodwork teacher and his wife – Dennis and Sandy Trout – introduced my parents to the outdoors, took them camping and hunting.

My 5-foot-2 mother – brought up as a city girl in London and Enniskillen – was soon enough hauling a quartered moose out of the backcountry. Nearly everyone hunted and fished to fill their larder. Dad remembers the Norwegians pickling herring during the run and the little 12-foot skiff piloted by a Japanese fisherman who knew the entire bay like the back of his hand. You’d see him setting off down the coast like the Pied Piper, the sports fishermen trailing after him.

We arrive in Prince Rupert to find a busy city at work. It’s buoyed up now by one of the busiest ports on the West Coast and is also a stopping-off point for Alaskan cruise ships. The place is humming with activity.

We pull up to my Dad’s old school. It’s a middle school now, and when the bell rings, it’s a madhouse of kids running here and there through the hallways. We walk out back to where the old workshops still stand, now used only occasionally for storage, or by the local college.

When Dad first arrived here, there was a huge Swedish milling machine, a Voest, that had been brought in during Canada’s ’67 centennial celebration. It had sat, untouched for two years, but he got it up and running and taught the kids how to use it.

My parents worked hard here. My father taught and my mother was a nurse. He ran the adult education department and helped people with job training. She worked in the maternity ward, caring for premature babies. They would spend their entire careers helping people.

They left briefly, in 1973, returning home to an Ireland that no longer felt like home. The gunmen in the night were just one example. There were sides and you had to pick one. Instead, my parents chose Canada. Because it had chosen them.

I watch my father move through his old workshop, touching relics of his past, and I am filled with love for the promise of this huge country. My parents made the choice to come here and put their shoulder to the wheel, but Canada, and her people, welcomed them. It’s a gift that echoes down through the years to my own daughters.

Dad stops to stare up through the windows, the last remnants of the old bay doors. His hair is grey and thin, his posture somewhat stooped by years of work. Yet, as he straightens up, I can see the way he once was.

Like so many others, my father was not born here. He is nevertheless forever woven into the fabric of a young country.

A son of the true North. Strong. And free. 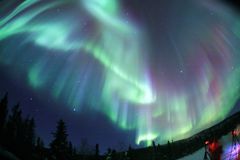 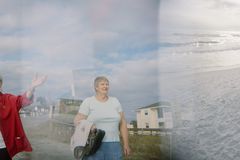