My wife, Wendy, has had her motorcycle licence since 1990 and ridden as a pillion with me for even longer, but she’s not ridden a motorcycle herself in more than 20 years. Now that our kids are grown, she wants to get back in the saddle again – and not with me teaching her.

“You’re a terrible teacher,” she told me. “You’ve no patience. I want to do this properly.”

She originally signed herself up for an eight-hour refresher course at Fleming College in Peterborough, near our home. But upon further discussion, the general manager of the school advised that she’d been away so long she she’d be better off taking the full, weekend-long “M2” course. She happily agreed.

At $537.32, it’s not cheap. But it is comprehensive and intensive. At the end of it, a person who’s already earned their basic Ontario M1 licence by passing a multiple-choice written test will be tested by the school’s instructors and, if successful, will be given an M2 motorcycle licence. Requirements are slightly different between each province, but graduated licensing is now nationwide.

Of course, Wendy didn’t need to pass the test, because she already has a licence, but she did need the confidence of knowing she could do so – and the reminder of how to do it.

There were 14 students of all ages in her class, with three instructors. Of those students, five others were women. They began Friday evening with three hours in the classroom, mostly watching short videos produced by the Motorcycle Safety Foundation in the United States. The school’s senior instructor explained the basics of riding, including safe lane positioning and the importance of proper clothing.

This was not a haphazard lesson. Many motorcycle schools that test for a motorcycle licence follow a curriculum called Gearing Up, which is developed by the Ottawa-based Canada Safety Council. There are 36 such schools in Ontario, and 75 across the country.

“CSC’s Gearing Up program is designed as a means to heighten awareness and create a safety-conscientious rider in a safe and controlled manner,” says Jackie Barbe, Traffic Safety Program co-ordinator for the Canada Safety Council. The program is not intended to just teach students to pass the provincial ministry licence test, but to be safe motorcyclists.

“Our mission is to offer experience and learning tools in an effort to help the students become confident enough to handle today’s roadways,” she says.

In Ontario, this is more important than ever. The province was the first in North America to adopt graduated licensing 25 years ago. For a motorcycle licence, there are three levels: M1, M2 and M. The M1 licence is intended to get a new rider onto the road to practise, and must be held for a minimum of 60 days and maximum of 90 before qualifying to take the test for an M2 licence. However, very few insurance companies in Ontario will insure an M1 rider, and those that do charge exorbitant rates, likely more than $10,000. Most people obtain their M1 licence but don’t actually ride a bike until they have their M2.

Wendy returned on the Saturday morning and claimed a Suzuki DR200 motorcycle from the school’s fleet as her bike for the weekend. All the machines were a similar size, and most had their lights and mirrors removed, and even speedometers disconnected, to not distract anyone from the actual riding.

The students began the morning in the empty college parking lot by learning about the bikes’ controls. “There are some things in life that are good when they’re kinky, but cables are not one of them,” instructor Trevor Mills explained, relieving the tension of the nervous riders. They spent most of the morning pushing each other on the bikes without starting the engines to get a feel for the balance and controls; in the afternoon, they learned the finesse of riding through the gears, turning and braking. The three instructors were patient and calm throughout.

“When someone is struggling, maybe they’re thinking too much, but then when they just get it – you see it happen in their face, they become nice and relaxed and you see they’re having fun – that’s why I keep coming back,” says Mills, who’s been teaching motorcycle safety for 18 years.

“I call it the lightbulb moment,” instructor Lisa Searle says. “It’s being able to take someone who’s maybe nervous to the confidence of knowing they can ride. And afterwards, it’s knowing that people know how to be safe on a motorcycle.”

It’s not a simple process to be an instructor. There are five full weekends of classroom training in the off-season, followed by a season-opener weekend of practical riding. To be the senior instructor in charge of the school for the weekend is even more gruelling.

“When the light goes on for somebody and suddenly they get it, that gives me a lot of personal satisfaction,” says the weekend’s senior instructor, John Gruihn, a retired sales manager. “That can happen when two partners are together and the one partner is still trying to coach the other. We’ll separate them, and it can make all the difference.”

On the second day, the riding was more involved, with emergency braking, swerving, slaloming and starting on a hill. One young woman fell off when she lost control on the slalom, but after speaking with an instructor, she got back on and didn’t look back. “It didn’t hurt at all, really,” Victoria Preddy said. “I scraped the motorcycle’s plastic, but at least it’s not my bike.”

At the end of the day, all 14 students passed the test for their M2 licence. This is unusual – there are usually one or two failures in a similar-sized class, because some people just never get it. Without insurance, they’ll need to wait until the 60-day minimum period for their M1 licence has passed before getting more practice.

Wendy also passed, though it was an informal test because she’s already licensed.

“I was pretty tense,” she said. “I kept second-guessing myself, but that went away in the afternoon. There was no reason to be so nervous, with the instructors there and in a big parking lot. And I realized that even if I did drop the bike while practising, it would be okay. I wouldn’t break your Harley, and we’re still married.”

A tip for meeting U.S. vehicle-compliance standards, and the pros and cons of open-exhaust systems
Subscriber content
April 20, 2019 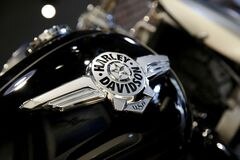 After 72 years, the Vespa scooter barely shows its age
January 2, 2019 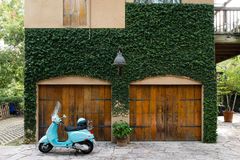