We had a beautiful 1990 Alfa Romeo Spider in for its spring service recently. It sported a set of tires that looked relatively new, but they were actually 12 years old, according to their manufacturer dates. So the question that day was: How do I advise this customer? Do we really have to throw out this set of perfectly good-looking tires?

I’ve heard it over and over again. “A tire is garbage six years after its manufacturer date.” But is it true? Many times, a vehicle comes in with dated tires, yet they look decent. We always closely examine the tire for any damage, dry rot and UV cracks. We recommend discarding when they’re visibly worn or cracked, but I’ve always been skeptical about this six-year rule.

My research led me to a Michelin “Tyres Are Not Bananas” campaign from 2017. Obviously, the spelling of the word tyre indicates that this was not a North American campaign, but it’s still valid. The general takeaway from this campaign is that tires are not like fruit, which quickly expires. Tires that are stored pre-installation are not subject to the same loads, inflation and temperature fluctuations of tires currently in use. Michelin quotes a study from Saudi Arabia showing that a tire used for one year has the same age characteristics as a tire sitting in storage for 10 years. This study also found that a tire sitting in storage for three years performed no differently from a brand-new tire.

Therefore, the more crucial date is the in-service date – the date it is inflated and installed on the vehicle. That is when the tire starts its usable life enduring potholes, extreme braking situations and intense summer heat. The campaign is aimed at focusing less on tire dating and more on proper tire and auto maintenance, such as proper inflation and regular vehicle suspension and alignment inspections. More often than not, it is one of these factors that causes poorer-than-expected tread life. Therefore, spend less time worrying about what the tire date actually is when you’re purchasing. Michelin also recommends that tires that have been installed on a vehicle should be removed from service once they are ten years old. This recommendation is more of a precaution, however, and not based on any actual technical study.

In the case of the Alfa Romeo, we decided to replace the tires. The owner of the car complained the tires were very hard, not pliable, squealed excessively around corners and were very poor in the rain. These are the types of issues I look out for when considering whether to discard tires that otherwise appear fine. Tires that exhibit these driving characteristics will see noticeably less traction in adverse weather conditions, so replace at the earliest opportunity.

It is truly a case-by-case situation, with no one single rule or law covering tire dating and lifespan. Common sense is really the biggest factor here. When in doubt, replace. However, living with a tire that is older than six years is possible under the right conditions.

Hi Lou, I have a 2005 Nissan Pathfinder with 225,000 km on it. I bought it new, and it’s been well cared for. Over the last couple of years, it has had an intermittent problem where it runs very rough for a few minutes on a cold start but then clears up. Sometimes this is accompanied by a flashing service-engine light but sometimes not. In any case, no codes are ever registered. The problem usually goes away, and lately, the car has been running fine. The dealer says there is a leak in the intake plenum, which I understand is part of the intake manifold (I don’t fully understand what the plenum is compared to the manifold). They weren’t sure what was causing the problem and didn’t want to recommend a fix they weren’t sure would solve it definitively. The truck is dealer-serviced and is up-to-date on maintenance. I’m wondering what to do – take the chance at fixing it, or just leave it until the problem becomes significant. We rely on the truck as our single vehicle (family of four, two under three), and while we plan to replace it soon, we want to get another year or so out of it. Any advice on what’s causing this intermittent cold start and what we should do from a preventative repair perspective? Thanks!

The dealer must have recorded a P0171 system-to-lean code at some point in your history for them to come to the conclusion that you have an intake leak. They are hesitant to recommend replacing any intake or plenum parts as it will most likely not fix your rough running in the morning.

The flashing Malfunction Indicator Lamp (MIL) is signifying that the engine is misfiring badly enough that it is damaging the catalytic converters. This is, unfortunately, an additional problem with your intake leak, in my opinion. My best guess would be a worn spark plug or bad ignition coil. Secondly, you may have a fuel injector that is leaking or dribbling fuel overnight and is flooding one cylinder, causing the spark plug to misfire until it burns off all the excessive fuel. Both problems are past the preventive stage and need attention as soon as possible.

I have this recurring car alarm going off even when my 2014 Hybrid Camry is inside the garage.

I went to a Toyota dealer, and the service guy recommended that I park the car in their parking so they can observe it. He said that once the alarm goes off, then they can check it right away. I didn’t return because I don’t think they will be that attentive, considering they have lots of customers. Anyway, a friend recommended this car-alarm guy who cut the wire for the hood sensor. He said most of the time, that’s the issue. But still it goes off even inside the garage.

He’s got another solution – unlock it physically. And it works even inside the garage. Once physically unlocked, even the re-lock feature does not interfere. The re-lock feature locks and arms the car alarm automatically after 10 seconds if I forget to lock manually. No more problem, if parked on my driveway or inside the garage unlocked physically. The only thing is that if I want to go somewhere else and have to park on city streets and lock the car, the alarm will go off.

What could be the problem, or can I remove it completely?

Thank you very much.

A defective hood switch is a fairly common problem. However, simply cutting the wires is not enough. The wires would have had to have been shorted out to simulate a permanently closed hood switch. The fact that the alarm still sets hopefully means that he did indeed short out the wires. Some cars require a hood-closed signal to allow the alarm to arm, but some do not. Regardless, it would suggest to me that your problem is elsewhere.

The switch in the driver’s door lock assembly is another popular failure point. It may also have a faulty control module. There are too many variables, which ultimately means you will require professional attention. You can try your dealer again or you can find an independent repair facility. Either one should be able to handle this. It is easier to fix it properly than remove the factory alarm, as it is an integral part of the body control and immobilizer systems. 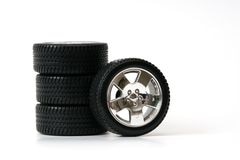 Automatic, CVT, or DCT: Which transmission type is right for you?
Subscriber content
April 3, 2021

Auto repair shops need to do better when it comes to professional courtesy toward each other
Subscriber content
March 27, 2021